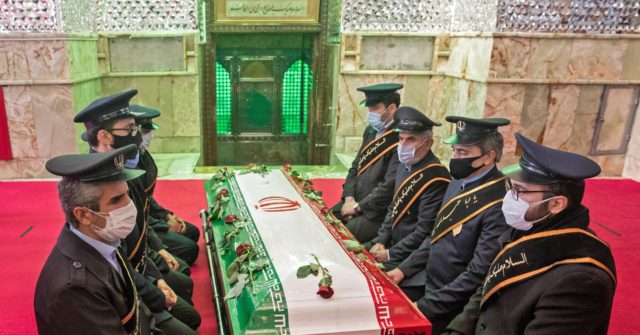 The November killing of the mastermind behind the Iranian nuclear program was carried out using a one-ton gun smuggled into Iran in separate pieces by the Israeli intelligence agency Mossad, according to a report by The Jewish Chronicle on Wednesday.

Citing intelligence sources, the British paper said a team of more than 20 spy agents, comprising of both Israeli and Iranian nationals, targeted Mohsen Fakhrizadeh after eight months of surveillance.

Iran has assessed it will take six years before a functioning replacement for Fakhrizadeh is in place, the report said.

Shortly after the killing, Iranian Foreign Minister Javad Zarif wrote on Twitter there were “serious indications of (an) Israeli role.”

In December, Iranian President Hassan Rouhani said that Israel was behind the assassination and vowed to avenge the killing.

Iranian state media reported on Friday morning that top nuclear scientist Mohsen Fakhrizadeh was assassinated near the capital city of Tehran by unidentified “terrorists” after a fierce battle with his security team. https://t.co/CvCGyUCGQD

Fakhrizadeh was described as the “father of the Iranian bomb” in a famous 2018 presentation by Israeli Prime Minister Benjamin about a raid on a Tehran warehouse in which Mossad operatives spirited half a ton of secret documents on Iran’s nuclear program out the country.

During that presentation, Netanyahu said: “Remember that name, Fakhrizadeh.”

Israeli analysts have assessed that Fakhrizadeh’s death has extended the time it would take Iran to obtain a bomb from a matter of months to as much as five years.

According to the, the Mossad mounted the automated gun on a Nissan pickup.

Following Iran’s announcement that the head of its nuclear program, Mohsen Fakhrizadeh, was assassinated on Friday afternoon, Obama-era CIA Director John Brennan set off a storm after criticizing the “criminal” killing. https://t.co/J2ypRDtzTi

“[T]he bespoke weapon, operated remotely by agents on the ground as they observed the target, was so heavy because it included a bomb that destroyed the evidence after the killing,” the report said, and cited top international intelligence sources as saying that the attack was carried out “by Israel alone, without American involvement” but that U.S. officials were given a “little clue, like checking the water temperature” prior to the attack.