Red Flag Laws Are a Pipeline to Gun Control 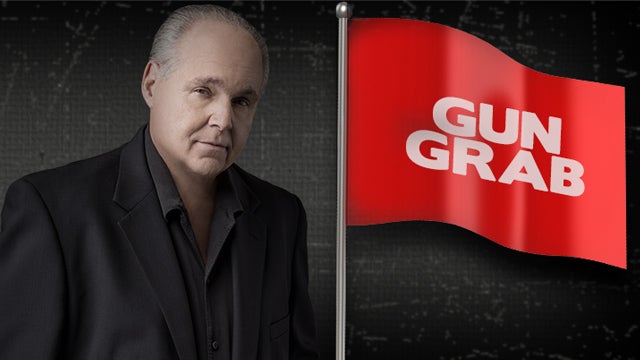 Red Flag Laws Are a Pipeline to Gun Control

RUSH: It is a pipeline to gun control, and the…

RUSH: Now we got red flag laws. (sigh) Red flag laws. Do you know what a red flag law is? Well, a red flag law is a law which would allow law enforcement to identify a deranged individual before he goes out and shoots. In other words, you could apprehend somebody before they do it if they exhibit red flag-type behavior, like if they’re mentally ill or if they’ve attended a Trump rally, or who knows what it would be.

It is a pipeline to gun control, and the Republicans are signing on to it so fast today, your head can’t spin fast enough to keep up with it because, of course, everybody’s got to try to mollify the media. (sobbing) “Everybody’s gotta try to get the media to quiet down. They’re ripping us to shreds. They’re tearing us apart! Everybody’s gotta do something to stop Twitter. Twitter’s going berserk.” It’s the same cycle repeating. We are reacting, trying to explain the critics, trying to tell them, “No, no, no! We are not who you think we are!”