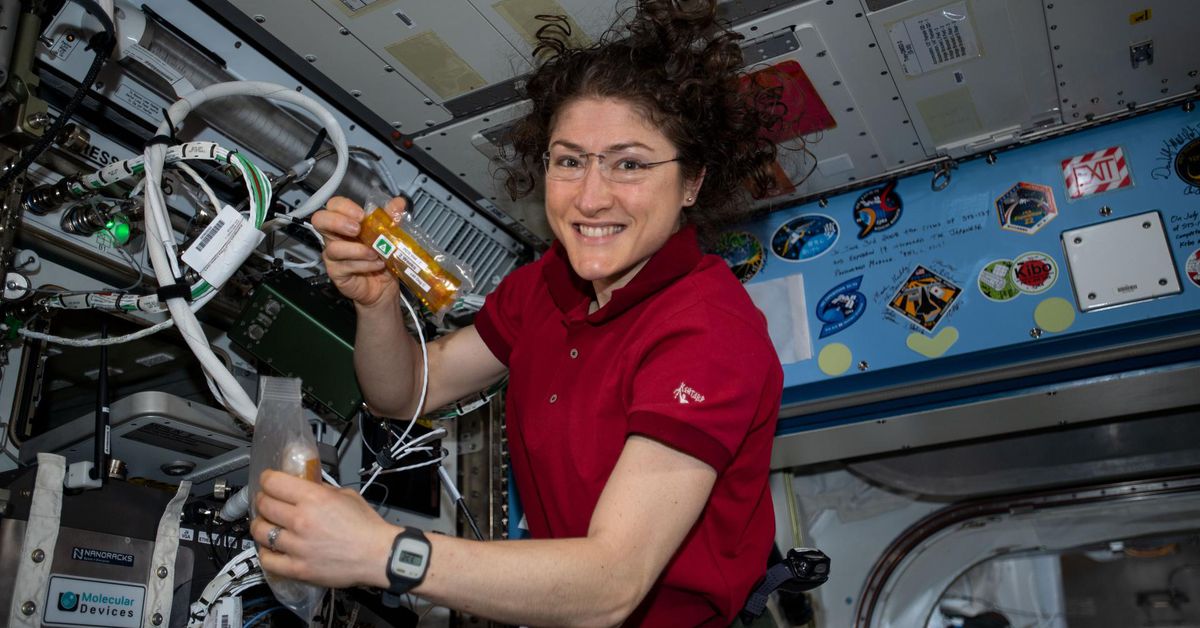 "The biggest challenge was remaining vigilant."

In February 6th, NASA astronaut Christina Koch returned back to Earth after making history during a nearly year-long stay on board the International Space Station. She had just broken the record for longest continuous spaceflight by a woman, and while she was up there, she performed the first all-female spacewalk in history with her friend and crewmate Jessica Meir. In fact, they did three total spacewalks together.

Now back on solid ground, Koch is experiencing another long-duration mission: social distancing during the coronavirus pandemic. But she says her turn aboard the ISS is helping her cope during this time, and she has some tips for others who may be struggling to stay positive throughout the crisis. Koch also says she has a better understanding of what it’s going to take to send people on years-long deep-space missions to Mars one day. The key? Combatting what she calls “sensory underload.”

NOW BACK ON SOLID GROUND, KOCH IS EXPERIENCING ANOTHER LONG-DURATION MISSION: SOCIAL DISTANCING

In the meantime, she’s continuing to train — as much as she can from home — while awaiting her next assignment to space. And for her, the next call from NASA could be a big one. The space agency is aiming to send the first woman to the Moon as early as 2024 as part of its Artemis mission. It’s possible that woman could be Koch.

This interview has been lightly edited for clarity.

Your first flight to space was very eventful. What was it like when you first got your assignment?

It was a really exciting time, and I ended up being assigned at a time when there was a lot of flux in the flight schedule, so I had an accelerated training flow. Whereas the normal training flow is about two years, mine was about a year. I ended up studying to be in the copilot role in the Soyuz spacecraft. I spent almost all of 2018 living and training in Russia, which was an incredible experience.

Published in Coronavirus, NASA, US News and World News