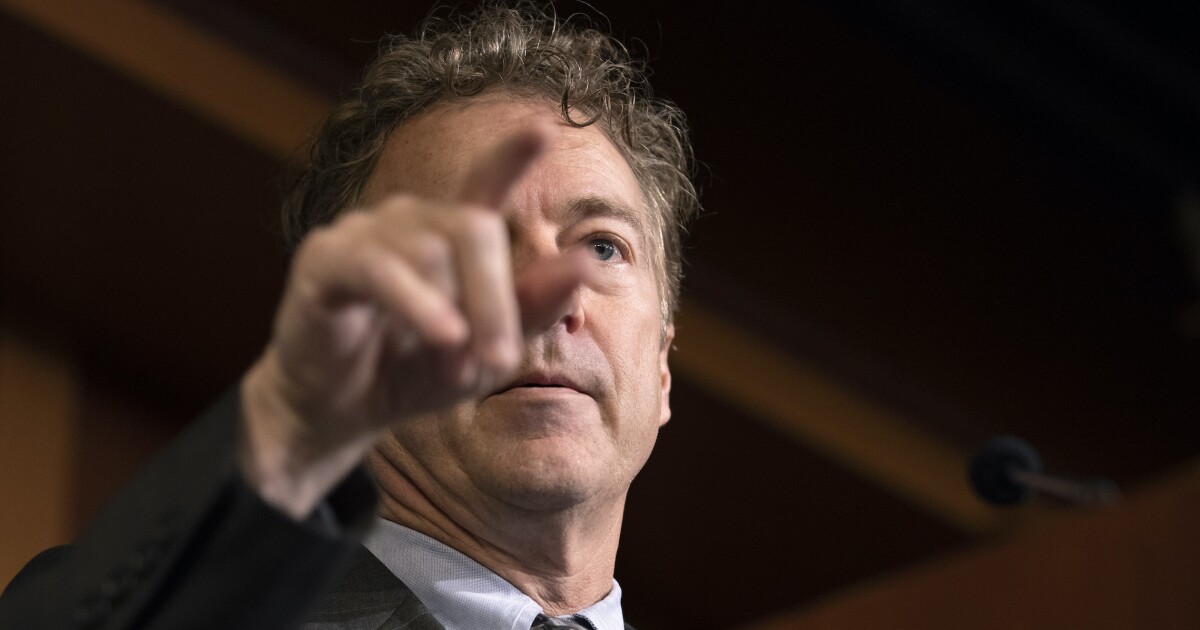 Paul, a Kentucky Republican, minutes later Thursday spoke to reporters and read the question Roberts refused to read aloud. “I can tell you that my question made no reference to any whistleblower or any kind of person or a complaint from a whistleblower. I will read you the question so it can be made part of the public record,” said Paul, 57.

“Manager Schiff and counselors for the president. Are you aware that House Intelligence Committee staffer Sean Misko had a close relationship with Eric Ciaramella when at the National Security Council together?” Paul said. “Are you aware and how do you respond to reports that Ciaramella and Misko may have worked together to plot impeaching the president before there were formal House impeachment proceedings?”

Paul justified his question, saying that it made no reference to the whistleblower.

“I think it was an incorrect finding to not allow a question that makes no reference,” Paul said. “It means that anybody ever said might have been a whistleblower could never be discussed in a proceeding. I think it’s very important whether or not a group of Democratic activists, part of the Obama-Biden administration, were working together for years, looking for an opportunity to reach the president.”

The Ukraine whistleblower filed an Aug. 12 complaint with the intelligence community inspector general about the July 25 phone call between Trump and Ukrainian President Volodymyr Zelensky, which triggered the House impeachment proceedings.

The Washington Examiner first reported that Ciaramella, alleged by some to be the whistleblower, had a close professional relationship with Misko when both worked at the National Security Council.

Paul previously failed on Wednesday to gain recognition from Roberts to read aloud the question he submitted to the chief justice that included the name of the alleged whistleblower.

Ciaramella, 33, a career CIA analyst, was Ukraine director on the National Security Council during the end of the Obama administration and remained there during the early months of the Trump administration when he was briefly acting senior director for European and Russian affairs.

VIEW THE ARTICLE
The Washington Examiner.com