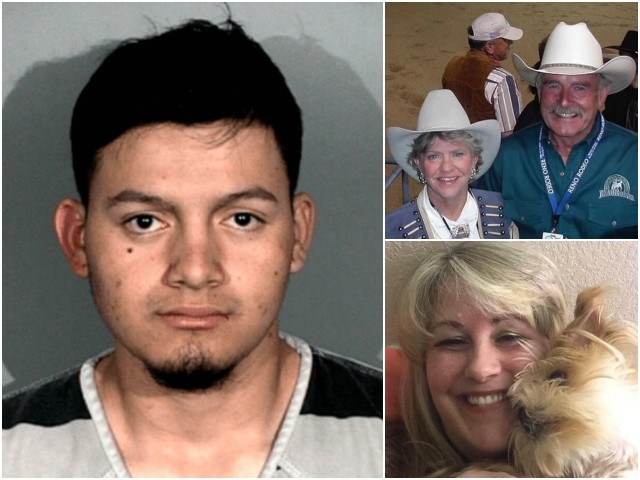 Defense: Illegal Accused of Murder Unfit for Death Penalty Due to Low IQ

An illegal alien accused of murdering four Americans is set…

An illegal alien accused of murdering four Americans over the course of a week in Nevada is set to claim that he is “intellectually disabled” in order to avoid the death penalty.

Wilbur Ernesto Martinez-Guzman, a 20-year-old illegal alien from El Salvador, was charged with murdering 56-year-old Connie Koontz, 74-year-old Sophia Renken, 81-year-old Gerald David, and his 80-year-old wife, Sharon David, between January 10 and 15 after prosecutors said he was looking to steal money from his victims to buy more meth. The state of Nevada is seeking the death penalty.

[Public defenders] say information gathered so far shows [Martinez-Guzman’s] IQ is much lower than originally believed and that he may have been exposed to pesticides and fertilizers while working in farm fields in his native country. [Emphasis added]

“Based on the investigation to date, there is a good faith basis to believe that Mr. Guzman is ineligible for the death penalty because he may be intellectually disabled. There could be no greater insult to public justice that to execute someone that as a matter of law is ineligible for capital punishment,” Washoe County Public Defender John Arrascada wrote in the Oct. 4 motion. [Emphasis added]

So far, prosecutors have said there is not enough evidence to rule out the death penalty for Martinez-Guzman. The illegal alien’s attorneys are looking to have the trial moved to February 2021 despite the current trial date of April 2020.

Published in Crime, Opinion and US News