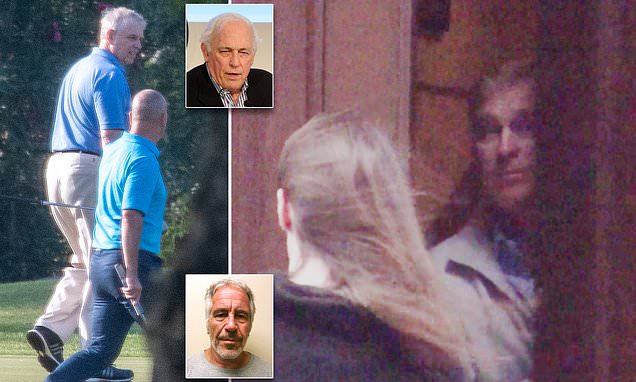 Prince Andrew was seen inside Jeffrey Epstein’s £65m New York apartment getting a foot massage from a young Russian woman, according to a US literary agent.

In an email to writer Evgeny Morozov from his agent John Brockman, dated 12 September 2013, the literary agent wrote about a visit to Epstein at his Manhattan home.

In the email, published in the New Republic magazine, he wrote: ‘I walked in to find him in a sweatsuit and a British guy in a suit with suspenders [braces], getting foot massages from two young well-dressed Russian women.’

Brockman said Epstein’s guest then went on to complain about press coverage of his lifestyle, making a comparison with European royalty.

Brockman wrote that ‘Andy’ said: ‘In Monaco, Albert works 12 hours a day but at 9pm, when he goes out, he does whatever he wants, and nobody cares. But, if I do it, I’m in big trouble.’

Brockman added: ‘I realized that the recipient of Irina’s foot massage was his Royal Highness, Prince Andrew, the Duke of York.’  READ MORE…