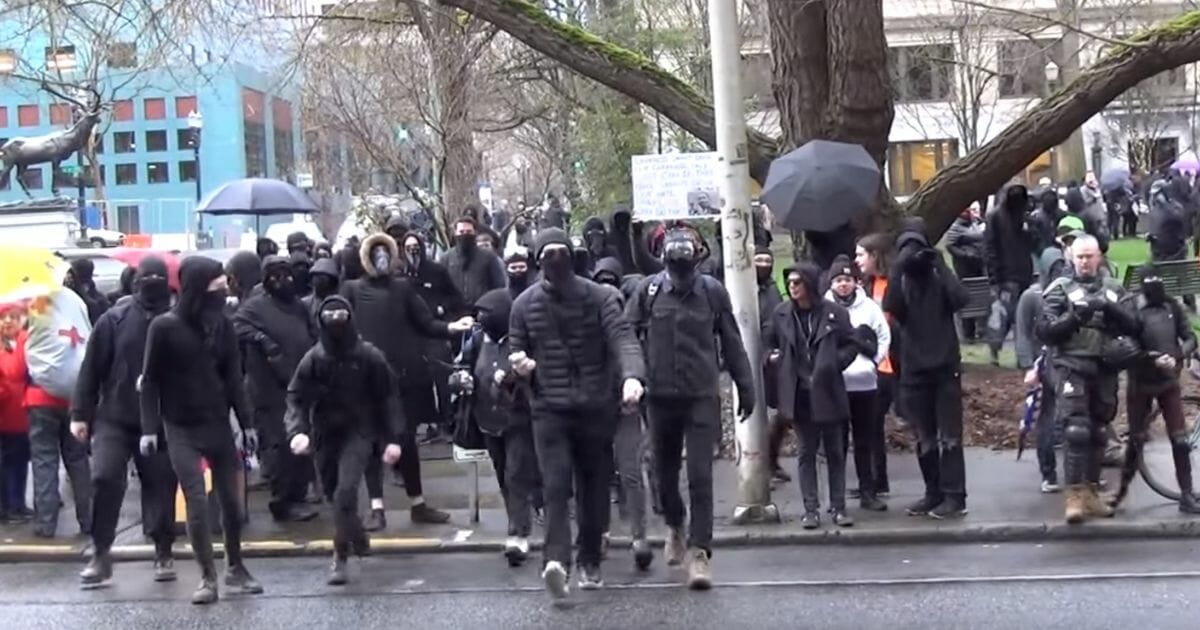 New video out of Portland shows antifa thugs chasing a…

If you like photographing political animals — in a very literal sense — Portland, Oregon, is pretty much like the Serengeti is to National Geographic documentary crews.

Every few weeks, a right-wing organization of dubious provenance or an antifa group will organize some kind of rally. The other group will show up because if the first group were allowed to hold a rally unmolested, the world might indeed collapse in upon itself.

This all ends with people karate-kicking and spraying noxious substances on each other — and there’s always an independent journalist in the mix who ends up getting attacked, almost always by antifa-related types.

Either way, there’s always some unsettling footage that comes out of these events, which feels as if it ought to be narrated by gravitas-mode David Attenborough. You can almost hear the quintessentially English pipes of Sir David now: “The one thing you will notice about these fights, of course, is the complete absence of police. In Portland, they seem to stay away from the brawl, letting a pack of hyenas try and chase the impala entirely unmolested. The hyenas, as you see, have their bricks and wallet chains out …”

History repeated itself Saturday as police refused to help a videographer who was being chased down by an antifa mob.

According to TheBlaze, Nate Millsap, who runs the YouTube channel Stumptown Matters, was there to document the clash between leftist groups, including antifa, and members of the Ku Klux Klan, who were slated to have a rally at the Multnomah County Courthouse. The KKK canceled that rally three hours before it was to happen, according to KOIN-TV, which should have been a victory for everyone.

Instead of going home, however, antifa stuck around.

Portland police tweeted that “lit flares are being thrown into the roadway near Lownsdale Square” and that a monument in the park was defaced by antifa members.

They also used “metal-tipped umbrellas” to poke “people and chase them down the street,” according to a police news release.

KOIN reported that “a group of protesters pushed police while throwing oranges, a glass bottle, tennis balls, rock, concrete, batons, cans, and mud at the officers and other people.”