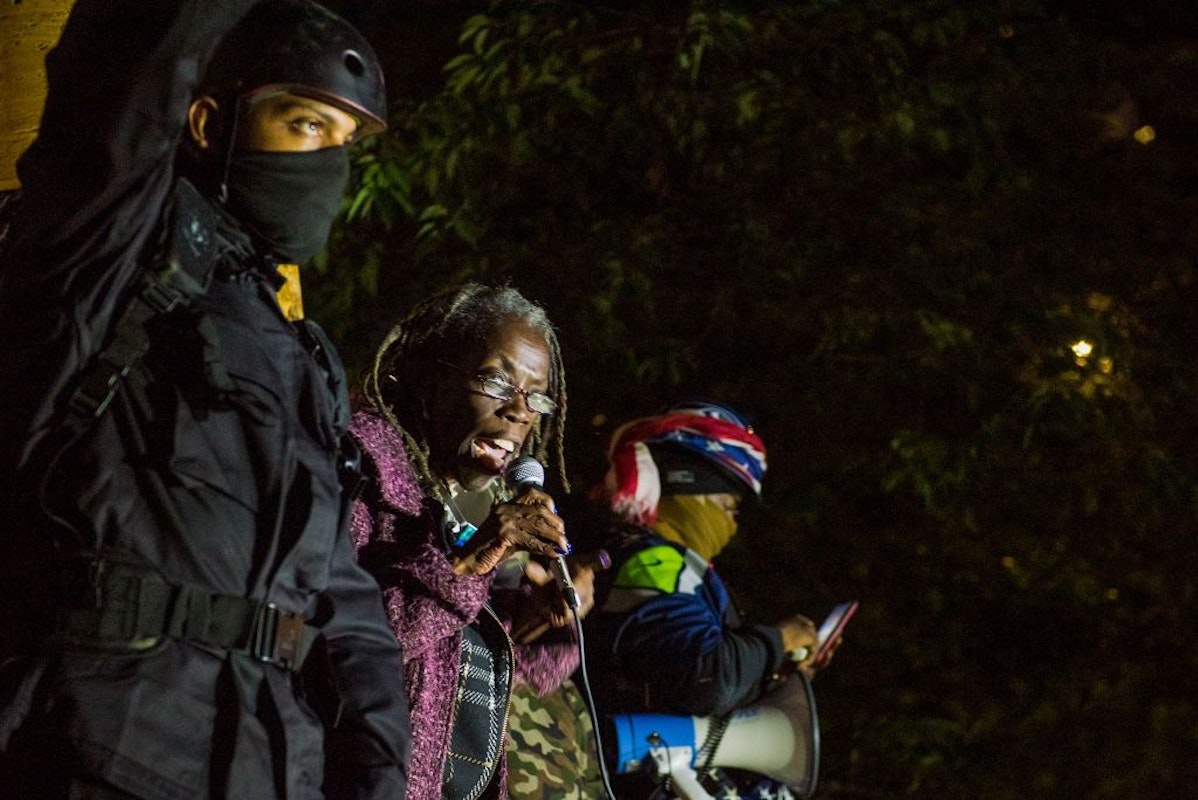 On Wednesday, the city of Portland — which has been decimated by rioters the last…

On Wednesday, the city of Portland — which has been decimated by rioters the last three months — banned the use of facial-recognition technology by local police.

“Its decision to prevent both local government and businesses from employing the technology appears to be the most sweeping ban yet by an individual city,” CNN reported, adding:

The new rule prevents “private entities in places of public accommodation” in Portland from using it, too, referring to businesses that serve the general public — a grocery store or a pizza place, for instance. It does not prevent individuals from setting up facial-recognition technology at home, such as a Google Nest camera that can spot familiar faces, or gadgets that use facial-recognition software for authenticating users, like Apple’s Face ID feature for unlocking an iPhone.

The rule explains, “Face Recognition means the automated searching for a reference image in an image repository by comparing the facial features of a probe image with the features of images contained in an image repository (one-to-many search). A Face Recognition search will typically result in one or more most likely candidates—or candidate images—ranked by computer-evaluated similarity or will return a negative result … Black, Indigenous and People of Color communities have been subject to over surveillance and disparate and detrimental impact of the misuse of surveillance.”

The rule also states, “The City of Portland must be a welcoming city, a sanctuary city, and an inclusive city for all, including residents and visitors.”

Leftist Democrat Portland Mayor Ted Wheeler stated, “Technology exists to make our lives easier, not for public and private entities to use as a weapon against the very citizens they serve and accommodate.”

Portland Police for months have been gassing, beating, and violently attacking the people of Portland to suppress their demands for racial justice. With today’s vote, the community made clear we hold the real power in this city. We will not let Portland turn into a surveillance state where police and corporations alike can track us wherever we go.

Face surveillance is an invasive threat to our privacy, especially to Black people, Indigenous people, people of color, and women, who frequently are misidentified by the technology. We appreciate Commissioner Hardesty’s leadership and applaud Portland for banning the government and corporate use of facial recognition technology.

It would make sense Carson praised Hardesty; in July she stated that it was the Portland police, not the rioters in the city, who started fires around government buildings and triggered violence.

“I am old enough to remember that during the Civil Rights movement, the police had provocateurs…intentionally added to the group to do disruptive stuff,” Hardesty told Marie Claire. “I have no doubt in my mind, I believe with all my heart, that that is what Portland police are doing … I believe Portland Police [Bureau] is lying about the damage — or starting the fires themselves — so that they have justification for attacking community members.”

Speaking at a webinar on Wednesday hosted by Western States Center, Hardesty stated, “I absolutely believe that it is police action, and they are sending saboteurs and provocateurs into peaceful crowds so that they can justify their inhumane treatment of people who are standing up for their rights.”

Published in Political News, Technology and US News