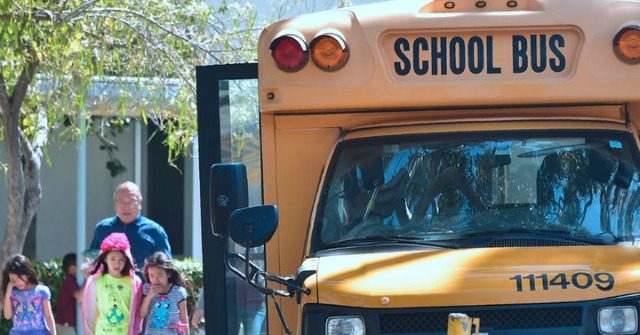 Planned Parenthood announced Wednesday it has partnered with the County of Los Angeles and the Los Angeles Unified School District (LAUSD) to open 50 taxpayer-funded centers that will distribute birth control drugs and provide “pregnancy options counseling” to teens.

The nation’s largest abortion chain says it is calling the new in-school programs “Well Being Centers.”

This groundbreaking program means that students don’t have to worry about missing school just to access the quality health care, education, and resources they need. Too many young people don’t have access to the health care or information they need to live their healthiest lives — and these Well being [sic] Centers are helping to change that.”

Yesterday, @PPLosAngeles announced the opening of the first five of 50 High School Wellbeing Centers. This groundbreaking program means that students don’t have to worry about missing school just to access the quality health care, education, and resources they need. https://t.co/fNvkGMwZrd

California’s mandatory Comprehensive Sex Education (CSE) agenda, a project that was legislatively maneuvered by Planned Parenthood and the ACLU, has been the subject of considerable controversy in the state due to its instruction in explicit sex acts and gender ideology for grades K-12 students.

In June, the Daily Caller reported conservative organization Our Watch published a video in which parents discussed concerns about what they saw in curriculum materials from Positive Prevention Plus, a company that touts it is “in full compliance with updated California Education Code including the ‘California Healthy Youth Act.’”

“If I were to show that material to a child, I would be brought up on charges,” Andrews said. “But somehow our public schools are allowed to teach this to junior high and high school kids.”

Kristan Hawkins, president of Students for Life of America, said Planned Parenthood’s new in-school venture is another opportunity for the organization to target young people for a profit:

Planned Parenthood has been targeting younger and younger girls, through their version of sex education, beginning as early as elementary school, which encourages people to make bad choices. That’s how they make money as they profit from creating crisis through bad choices and then selling abortions to those same students. It’s no surprise that Planned Parenthood is now branching out into a misuse of health centers in schools.

Hawkins said labeling the in-school birth control and abortion counseling programs as “Well Being Centers” is another of Planned Parenthood’s marketing ploys: