PICTURED: Nine-year-old ‘arsonist’ charged with first-degree murder in mobile home fire that killed five relatives, including three toddlers, as mother insists he’s NOT a monster and just made a mistake 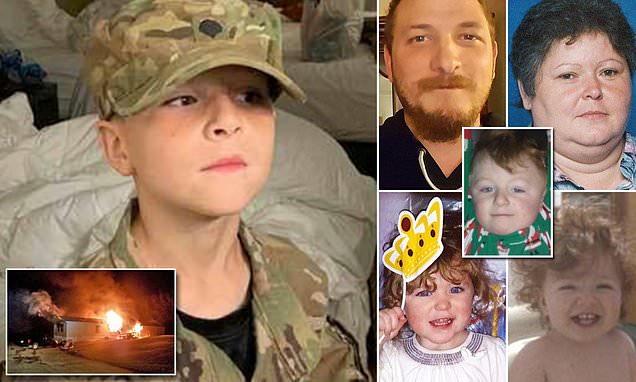 Boy, 9, charged with murder in deadly fire is named and pictured

Kyle Alwood, nine, has been identified by his mother as the Illinois boy who was…

The mother of a nine-year-old boy from Illinois who has been charged with murder in connection to a deadly arson fire that killed most of his immediate family has spoken out for the first time, saying that the child suffers from mental illness and is not a monster.

Katrina Alwood appeared on CBS This Morning on Thursday, two days after her sole surviving child, Kyle Alwood, was charged with five counts of first-degree murder, two counts of arson and one count of aggravated arson, after allegedly intentionally setting his family’s mobile home ablaze in April.