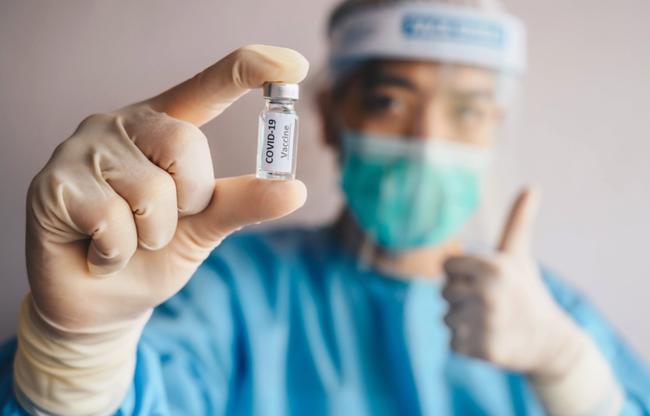 India has added 600k new cases in the past week…

Update (1315ET): After declaring yesterday that the comapny’s COVID-19 vaccine might be given to Americans before the end of the year, the company delivered its latest update Tuesday on the trial of the COVID-19 vaccine it’s developing with

The update comes as the number of new coronavirus cases counted in the US yesterday jumped to 38k, higher than last Monday’s number (which may have been impacted by the long Labor Day weekend) and broadly in line with the previous three Mondays. The 7-day average of daily new cases, at 37,140, has apparently stopped moving lower following an almost 50% decline from the peak of 69,300 reached in late July. Meanwhile, in a factor that could be contributing to the trend, the 7-day average in daily tests, at 670,000, is picking up from a low last week, with the cases-to-test ratio remaining at 5% for a second week, down from 9% in July. The 7-day average of US COVID-19 deaths, at 745, remains around its lowest level in 2 months.

In total, the US has recorded more than 6,563,903 cases as of Tuesday afternoon.

The coronavirus death toll has climbed to 194,836.

In an ominous sign, daily hospitalizations, at 1,240, have risen by 10% over the past week, although they are still 55% below their July peak levels.

In other news, Apple announced Tuesday during its annual product event that the company was teaming up with researchers at the University of Washington to help with research on the flu and COVID-19.

Coronavirus cases in the US have popped back above the 30k/day market this week as the world rockets toward the next major milestone number: 30 million.

At the current rate of about 250k-300k new cases per day, we’re on track to hit it by Thursday.

India remains the undisputed global leader, as PM Narendra Modi scrambles to save his country’s faltering economy with a combination of aggressive testing, vaccine research and reopening schools, public transit and most of the economy, albeit with some lingering restrictions.

Fortunately, the pattern seen with COVID-19 cases wasn’t mirrored in the mortality rate, as many had feared. IHME, the university-adjacent research body that remains widely cited even if its forecasts have been more than a little bit off, is calling for 2,778,330 deaths worldwide by Jan 1.

Such an outcome would require the trend in global deaths to largely reverse. Right now, Johns Hopkins is reporting about 4,000 new deaths a day.

Perhaps the biggest news overnight comes out of China, where local officials have imposed a localized lockdown after 2 Myanmar nationals were diagnosed with the virus. Some reports identified the migrants as “illegal immigrants” from just over the border. China’s record-keepers seem almost compulsively fixated on reporting new cases in foreigners with a surprising regularity. All 200,000 residents of the southwestern city of Ruili have been placed on lockdown, meaning they can only leave their homes for officially designated reasons, while the entire province of Yunan, which borders Myanmar, is on watch. People have been forbidden from entering or leaving Ruili until the lockdown is lifted.

“There is no natural border between Ruili (in Yunnan province) and Myanmar. Citizens speak the same language and visit each other very often,” one local was quoted as saying.

Authorities are also planning a mass COVID-testing drive, Al Jazeera reported, in keeping with China’s usual “wartime status” response to an outbreak, as the Global Times pointed out. Notably, China is using these new restrictions for “border management” with Myanmar, while hoping to “crack down on illegal immigrants.”

Interestingly, AJ pointed out that the city of Muse, Myanmar’s main gateway to China, which is known for sleazy streets, weapons, casinos and drugs, is situated nearby, and often draws Chinese from across the border to use drugs, gamble and solicit prostitutes.

Elsewhere in Asia, the AP reports that India has reported 600,000 new COVID-19 cases over the past week. With India on track to pass 5 million cases, becoming only the second country in the world to do so after the US. As if to mark the latest milestone, local officials announced that at least 17 members of the Indian parliament have tested positive for the virus.

And in Hong Kong, city officials announced that pubs, karaoke bars, swimming pools and theme parks would reopen on Friday according to the city’s Secretary for Food and Health, Sophia Chan. Dine-in service at restaurants will be extended by 2 hours later into the evening, and and karaoke parlors will be allowed to stay open until midnight. But gatherings are limited to groups of 4 or fewer.