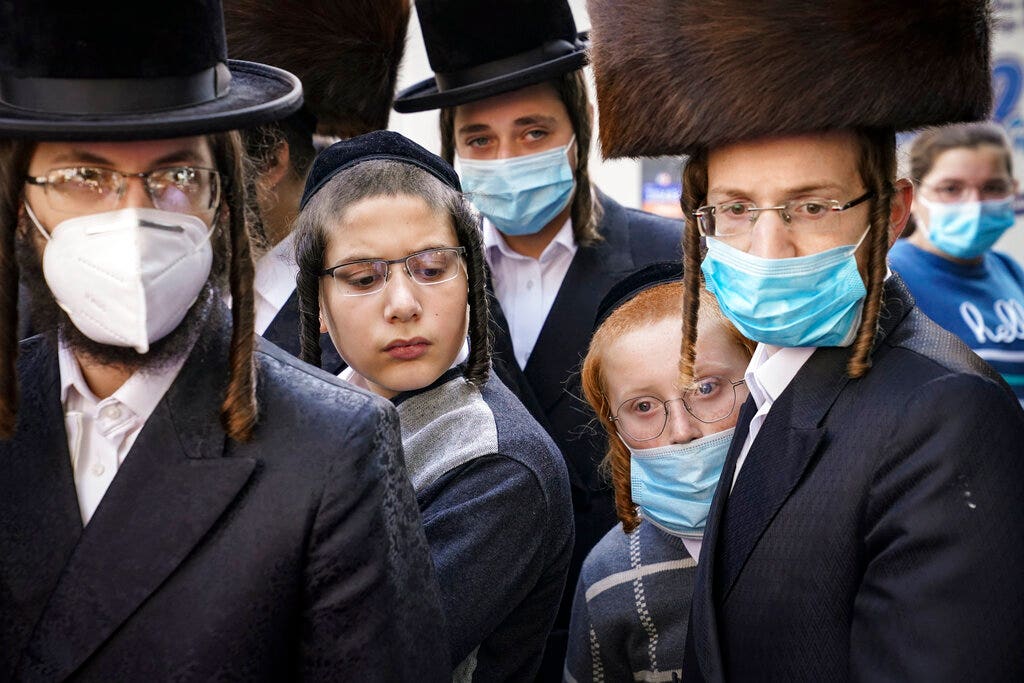 A Roman Catholic and an Orthodox Jewish group are both suing New York's Gov. Andrew…

A Roman Catholic diocese and an Orthodox Jewish group are both suing New York Gov. Andrew Cuomo over his latest coronavirus restrictions that limit religious gatherings to 10 people or less.

Cuomo’s new rules, which went into effect on Friday in nine neighborhoods that have seen a significant uptick in coronavirus cases, are an example of “explicit targeting of religious institutions and communities,” Agudath Israel of America said in a lawsuit filed on Thursday.

The grassroots group went on to say that the government mandates interfere with worshippers’ ability to “fulfill their religious obligations.”

The lawsuit says the group agrees with social distancing and mask-wearing to protect against the virus but wants places of worship to remain open.

Orthodox Jews, who have several religious holidays coming up, have been sparring with Cuomo for days after he shut down schools and businesses in parts of New York City boroughs of Brooklyn and Queens that are predominantly Jewish.

Protesters flouting social distancing and mask mandates took to the streets earlier in the week, burning masks and decrying the governor’s limitations as an infringement on religious freedom.

More progressive Jewish people have pushed back on that assertion, urging their communities to follow coronavirus health protocols to get the virus under control.

The Roman Catholic Diocese of Brooklyn is also seeking an injunction against Cuomo’s orders, saying that its community has not experienced a new wave of positive coronavirus cases and disagrees with the governor’s “broad-brush response.”