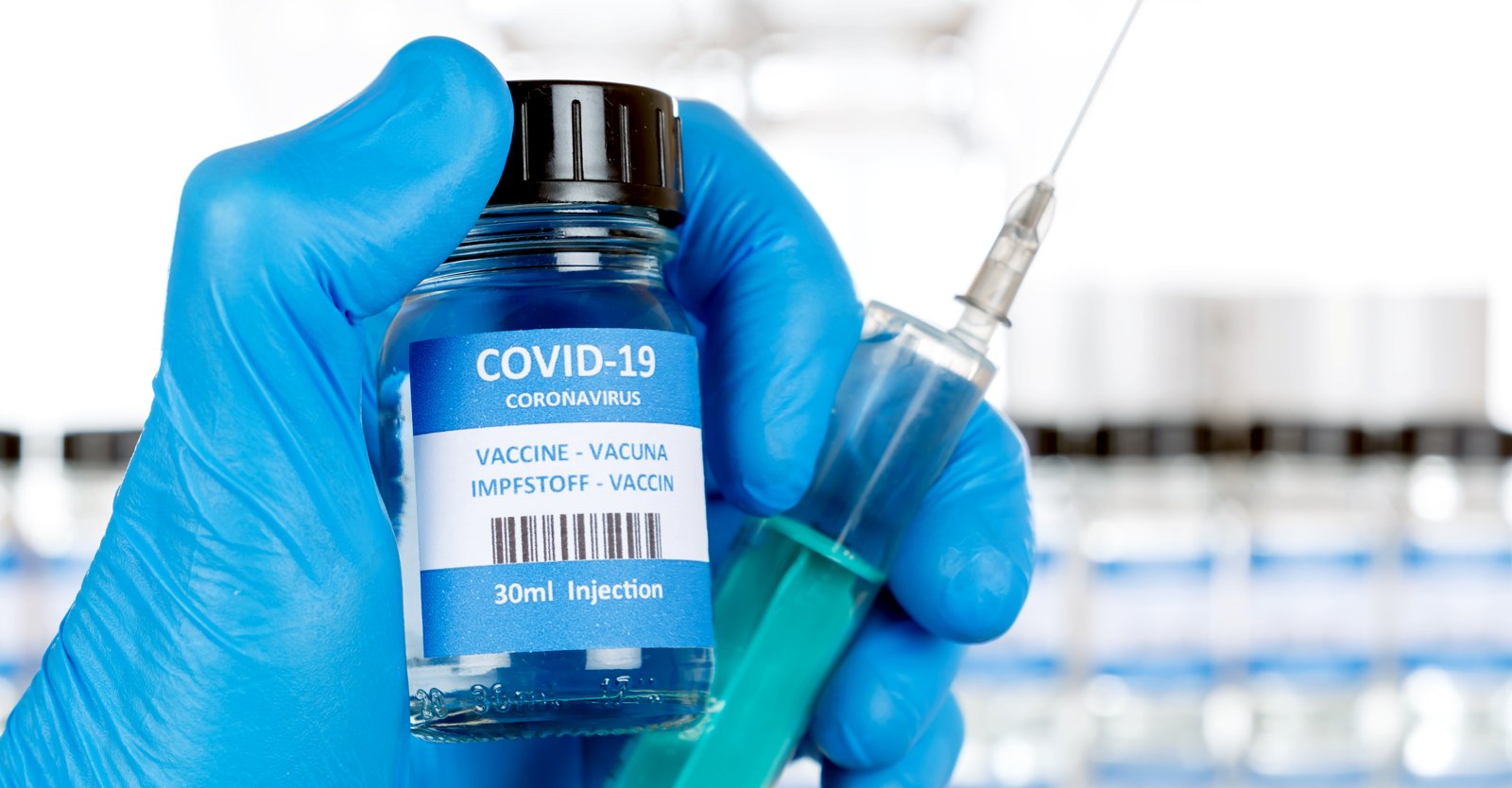 The numbers reflect the latest data available as of Feb. 12 from the CDC’s Vaccine…

The numbers reflect the latest data available as of Feb. 12 from the CDC’s Vaccine Adverse Event Reporting System website. Of the 929 reported deaths, about one-third occurred within 48 hours.

According to new data released today, as of Feb. 12, 15,923 adverse reactions to COVID vaccines, including 929 deaths, have been reported to the Centers for Disease Control and Prevention’s (CDC) Vaccine Adverse Event Reporting System (VAERS) since Dec. 14, 2020.

VAERS is the primary mechanism in the U.S. for reporting adverse vaccine reactions. Reports submitted to VAERS require further investigation before a determination can be made as to whether the reported adverse event was directly or indirectly caused by the vaccine. 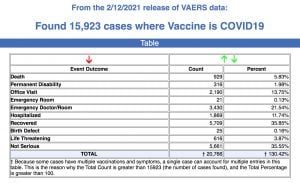 The latest VAERS data show that 799 of the deaths were reported in the U.S., and that about one-third of those deaths occurred within 48 hours of the individual receiving the vaccination.

As is consistent with previous VAERS data reports, 192 of the reported deaths — or 21% — were cardiac-related. As The Defender reported earlier this month, Dr. J. Patrick Whelan, a pediatric rheumatologist, warned the U.S. Food and Drug Administration in December that mRNA vaccines like those developed by Pfizer and Moderna could cause heart attacks and other injuries in ways not assessed in safety trials.

Of the 929 deaths reported since Dec. 14, 2020, the average age of the deceased was 77.8 and the youngest was 23. Fifty-two percent of the reported deaths were among men, 45% were women and 3% are unknown. Fifty-eight percent of the deaths were reported in people who received the Pfizer vaccine, and 41% were related to the Moderna vaccine.

CBS Detroit reported this week that a 68-year old news anchor died one day after being vaccinated for COVID of a suspected stroke.

Reports of deaths among elderly people after being vaccinated for COVID continue to surface, including the article published this week by The Defender about 46 nursing home residents in Spain who died within one month of receiving the Pfizer vaccine.

So far, only Pfizer and Moderna vaccines — approved for emergency use, but not fully licensed — are being used in the U.S.

AstraZeneca’s COVID vaccine, which does not use mRNA technology, was approved for emergency use this week by the World Health Organization, paving the way for some countries to start using it. However, as The Defender reported this week, some nations have said they won’t use it, citing safety and efficacy concerns.

FiercePharma reported today that the FDA may reject the AstraZeneca vaccine over concerns relating to efficacy, especially against new COVID variants, and manufacturing issues.

The Washington Post reported this week that nearly a third of military personnel are opting out of the vaccines, and ESPN reported that top NBA players are reluctant to promote the vaccine.

Meanwhile, the FDA has not yet implemented systems to monitor the safety of the experimental COVID vaccines. FDA officials told The New York Times they don’t expect the systems to be up and running before the Biden administration reaches its goal of vaccinating 100 million Americans — nearly one third of the U.S. population.

While the VAERS database numbers may seem sobering, according to a U.S. Department of Health and Human Services study, the actual number of adverse events is likely significantly higher. VAERS is a passive surveillance system that relies on the willingness of individuals to submit reports voluntarily.

According to the VAERS website, healthcare providers are required by law to report to VAERS:

The CDC says healthcare providers are strongly encouraged to report:

However, “within the specified time” means that reactions occurring outside that timeframe may not be reported, in addition to reactions suffered hours or days later by people who don’t report those reactions to their healthcare provider.

Vaccine manufacturers are required to report to VAERS “all adverse events that come to their attention.”

Historically, however, fewer than fewer than 1% of adverse events have ever been reported to VAERS, a system that Children’s Health Defense has previously referred to as an “abject failure,” including in a December 2020 letter to Dr. David  Kessler, former FDA director and now co-chair of the COVID-19 Advisory Board and President Biden’s version of Operation Warp Speed.

A critic familiar with VAERS’ shortcomings bluntly condemned VAERS in The BMJ as “nothing more than window dressing, and a part of U.S. authorities’ systematic effort to reassure/deceive us about vaccine safety.”

CHD is calling for complete transparency. The children’s health organization is asking Kessler and the federal government to release all of the data from the clinical trials and suspend COVID-19 vaccine use in any group not adequately represented in the clinical trials, including the elderly, frail and anyone with comorbidities.

CHD is also asking for full transparency in post-marketing data that reports all health outcomes, including new diagnoses of autoimmune disorders, adverse events and deaths from COVID vaccines.

Children’s Health Defense asks anyone who has experienced an adverse reaction, to any vaccine, to file a report following these three steps.