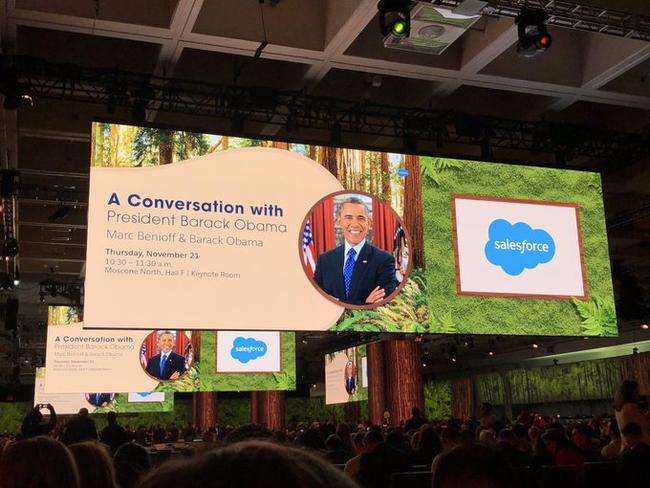 "What I also see is just this sense of anxiety…

Obama told hundreds of people in the audience that uncertainty in the global economy remains elevated through the 2020s. That’s because he addressed a significant issue of how technology companies were fueling massive wealth inequality through globalization and automation.

“What I also see is just this sense of anxiety and rootlessness and uncertainty in so many people, some of which is fed by globalization and technology,” Obama said.

Obama then addressed the political turmoil that is spiraling out of control around the world, saying people are feeling economically and culturally insecure.

Obama said globalization and technology have “turbocharged” anxieties around the world, and there needs to be a concerted effort by governments to address the issues that it has created.

“Part of the goal of solving big problems is not just a matter of finding the right technical solution,” he said. “Part of it is also finding out how do we restore some sense of our common values.”We’re chasing after the wrong things,” he said, adding that climate change tops his list of concerns. “There’s such a thing as being too late.”

He talks about the polarization in the country:

“If you read Fox News, you live in a different reality than if you read the New York Times.”

And bring it all together, Obama could be addressing some of the mechanics of how the US could be thrown in a period of social unrest through the 2020s.

And this comes after Obama said over the weekend that 2020 Democratic candidates should not to move too far to the left, as messages of sweeping societal and government transformations risk turning off the party’s moderate base.

“The average American doesn’t think we have to completely tear down the system and remake it.”

Published in Globalism, Obama, Opinion, Political News, Technology, US Economy and US News