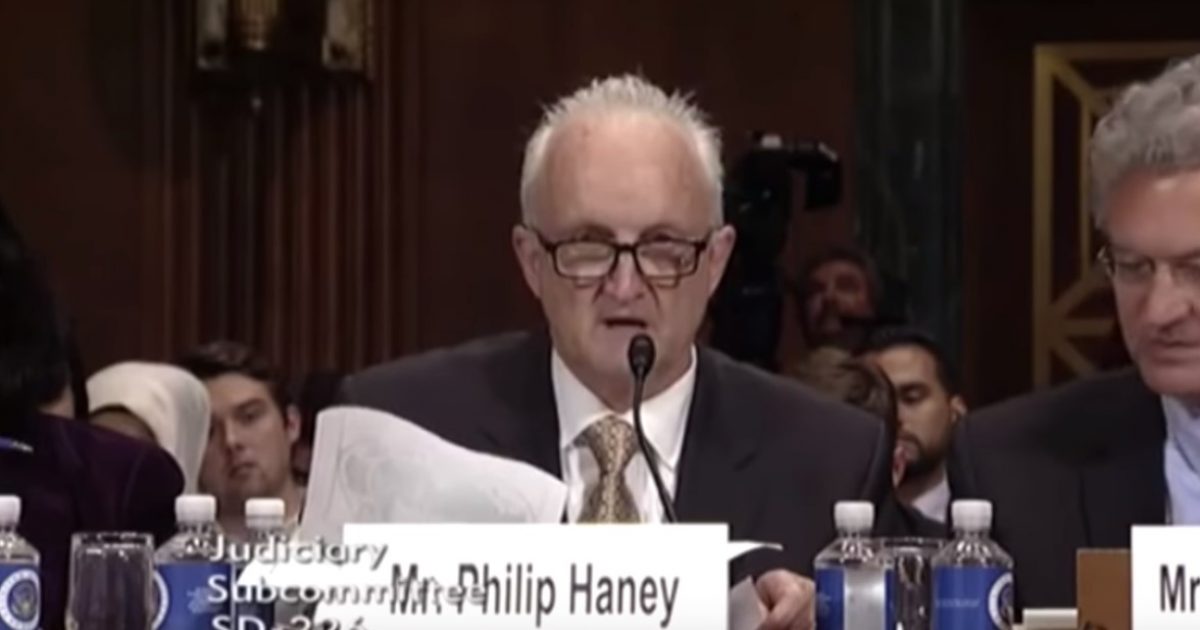 Another untimely and unusual death requiring a rigorous investigation.

On Friday morning, 21 February, Philip Haney, a former DHS official, was found shot to death near his car at a rural highway intersection in California’s Central Valley.  Haney served as a whistleblower during the Obama administration, disclosing that shortly after Obama took office, DHS analysts were required by the new administration to purge their files of carefully accumulated information on Islamist terrorism, terrorist associates, and jihadi organizations and philosophy.

Haney was particularly concerned that this file purging hampered U.S. authorities in tracking and interdicting terrorist plots.  In a 2016 op-ed and his best-selling book See Something, Say Nothing he reported that the mandatory destruction of files had started before the “Underwear bomber,” Umar Farouk Abdulmutallab, made his airliner bombing attempt in December 2009.  Haney also made the case to Congress that purging terrorism and jihadi ideological information had blinded U.S. agencies to the threat from the San Bernardino, California terrorists who attacked county workers at a Christmas party in December 2015, leaving 14 dead.

Haney was respected by many and beloved by his friends in think tanks, the punditry, and conservative activism.  They have weighed in with tributes to him since the news was first broken online at Law Enforcement Today.  (Gateway Pundit picked it up shortly thereafter.)

And the universal sense about his death is the one expressed in LET’s latest headline:

Rather than rehash the information reported at other sites, I want to concentrate here on some aspects of Haney’s death that should raise questions.

I emphasize at the outset that the Amador County Sheriff says an investigation is still ongoing.  The initial statement said Haney died of a “self-inflicted gunshot,” but with an investigation ongoing, that seems to be premature.  A number of law enforcement professionals have chimed in with comments at the blog posts about this, saying that it would be too soon to be certain of that conclusion.

A couple of notes about Haney’s personal life: according to friends, after being widowed last year, when his wife of many years died of an extended illness, Haney moved from Virginia to Plymouth, California, and had current plans to get married again in 2020.  (His Facebook page lists his place of residence as Plymouth, CA.)

In reviewing his Facebook page as well as social media information in memorial posts, I saw plans for three get-togethers (one of which seemed to be a speaking engagement) in the coming months in 2020.  One of the posts spoke of Haney traveling in an RV.  A look at Plymouth, California suggests that a number of its approximately 1,000 residents (2010 Census) are RV travelers.  There’s at least one big RV park on the south side of town.

At Haney’s Facebook page, there are references to a recent trip to Israel, and to his engagement with fellow Christians in Bible study and Christian life development.  Many of those writing tributes to him have noted his active Christian witness.

In the words of LET National Spokesman Kyle Reyes:  Philip Haney’s “love of God and country was something he absolutely radiated.”

This doesn’t sound like a man about to commit suicide.  Haney was a mere 66 and preparing to get married again.

The bare facts about his death appear to be as follows.  Something hardly anyone else mentions, but which can be gleaned from a post by Frank Gaffney (see the LET link), is that Haney first went missing on Wednesday (19 February).  Something important we can deduce from that is that people knew he was missing.  Haney had friends who were expecting him, and couldn’t locate him.  Having the exact day he went missing means people knew where he was the day before.

He was then found two days later, in or shortly before the 10:00 AM hour, next to his vehicle at the intersection of two California state highways – 16 and 124 – south-southwest of Plymouth.  The sheriff responded (apparently to a call) at 10:12 AM.  Haney was deceased, having suffered the gunshot wound, and there was a gun next to his vehicle.  (Many websites are repeating the statement that the gunshot wound was to the chest, but I haven’t been able to confirm that.  Frank Gaffney’s post had it.)

From the satellite overhead, the area looks very unpopulated.  However, although it is thinly populated, the overall picture we should have is of a small town with a relatively active hinterland.  At 10:00 AM Friday there would be a fair number of vehicles on the road; not a heavy flow of traffic, but probably at least four or five vehicles passing every ten minutes, and quite possibly more.  (I’ve been through similar parts of California, although not this one, a number of times.  California gets much more remote than this.)

There are a handful of wineries within a 20-mile radius, as well as farms and ranches.  Plymouth is a charming mix of old Victorian relics on Main Street, the brick buildings of the 1920s and 1930s, and picket-fenced bungalows in the older part of town, with newer ranch-styles stretching to the outer blocks.  It’s a typical statehood-era small town, whose best-kept businesses appear to cater to tourists who come to the area for outdoor recreation and wine shopping.  The weather has been sunny and mild in the area in the last week (with daytime temperatures in the 60s and 70s), conducive to tourist traffic.  Plymouth is within easy driving distance of other nearby towns with local attractions: museums, parks, restaurants, galleries.

The Highway 16-124 T is thus rural, but hardly remote and unvisited.

And of special note, on the driver’s left as his car approaches the right-hand turnoff for Highway 124 from the west, there is a rough gravel parking area (very common at rural highway intersections in the Western states).  The Google Street View vehicle captured the parking area with three vehicles parked on it.

We don’t know from the sheriff’s report exactly where Philip Haney was found.  It was presumably on a drivable surface, so it was probably on the shoulder or on the parking area at the highway intersection.

But we can guess, from the overall situation, that he hadn’t been there very long.  On a Friday morning at that intersection, in broad daylight, he would be seen by someone passing by within a short span of time.  (It would take longer for the situation to be recognized if his vehicle were parked in such a way as to obscure the view of his body from the road.)

In fact, the intersection and the time of day seem like particularly odd choices for committing suicide.

One more point about the incident is the detail, included in the news reports, that there were no calls to law enforcement about one or more gunshots.  The way that has been framed is as if it bolsters the suicide theory.  I’m not so sure about that; it seems that a gunshot at that intersection would be more likely to be heard than not, as opposed to a scenario in which someone was shot well off the main road, and then driven to it and left there by the killer.

We can take heart from the ongoing investigation, and reasonably hope for an honestly vetted outcome.  As Diana West put it, “above all we owe Phil a vigorous investigation and vetting of the evidence.”

The tribute from Kyle Reyes of LET makes a fitting conclusion:

Regardless of what the investigation turns up and who is ultimately declared “responsible”, you have a man here who dedicated his life to law enforcement and to trying to make America a better place.  A safer place.  A place that’s brought back to our Constitutional roots.

He didn’t fear those who he believed were out to do him harm.  He feared an America where evil triumphed because good men did nothing.  He feared people falling into the lie that socialism is good for us… or becoming complacent and not destroying evil at the root.

I don’t know what happened in our brother’s final moments.  I think it’s safe to say that we probably never will know.  But here’s a man who fought every single day to try and prevent America from falling at the hands of those who’d like to see Her burn.  And for that… for that sacrifice… for that fortitude… we owe the man our undying gratitude.

Whatever the situation of his death, we can believe Philip Haney is resting in peace.  But America must not do so, until we are satisfied as to what happened here.  Philip Haney gave us much, and Diana West is right: that is what we owe to him.

If Haney did make such an application — remember, he’s only 66 — that would certainly be worth knowing in assessing this incident.