‘NYC is getting dirty and unsafe again.’ Donald Trump attacks state’s governor Andrew Cuomo as ‘brother of Fredo’ in jibe at CNN’s Chris and claims city’s cops are ‘being disrespected’ after moving his permanent home to Mar-a-Lago 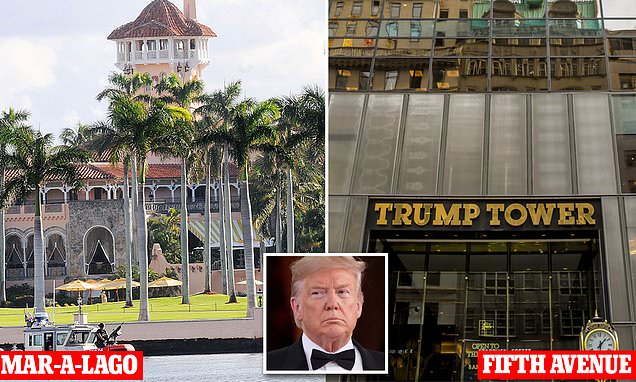 President Donald Trump said he was moving his legal residence…

President Donald Trump disparaged his longtime hometown of New York City Friday, saying the city is getting ‘dirty’ and unsafe – and compared New York Governor to a character from The Godfather after moving his main residence to lower-tax Florida.

The president alternately pointed to conditions in the New York, its high taxes, its Democratic political leadership, and investigations of his finances as reasons for his decision to make Mar-a-Lago his legal residence.

‘I love New York, but New York can never be great again under the current leadership of Governor Andrew Cuomo (the brother of Fredo), or Mayor Bill DeBlasio,’ Trump wrote.

‘Cuomo has weaponized the prosecutors to do his dirty work (and to keep him out of jams), a reason some don’t want to be … in New York, and another reason they are leaving.’

Cuomo signed the bill allowing the state legislature to release his New York State tax returns to congress. In addition, federal prosecutors in New York are seeking to obtain his tax return information as part of an investigation into alleged campaign finance violations.