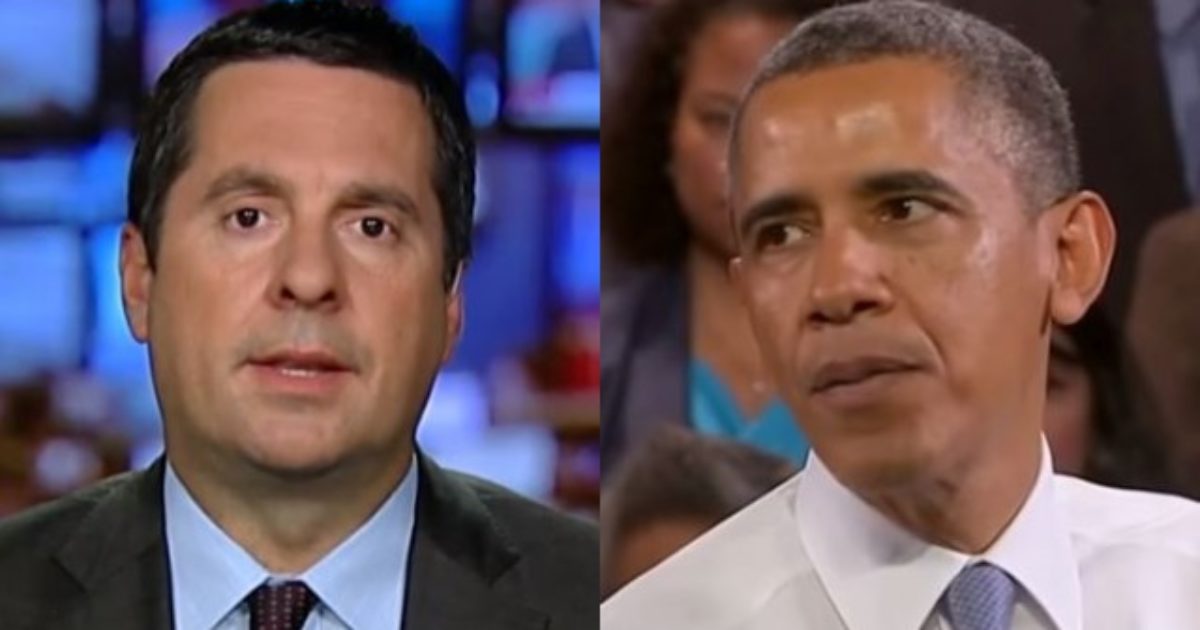 California Rep. and House Intelligence Committee ranking member Devin Nunes told Fox News’ “Sunday Morning Futures” that he is preparing to send eight criminal referrals to the Department of Justice this week related to the Obama administration’s handling of the Trump-Russia investigation.

Nunes criminal referals are about alleged misconduct from “Watergate wannabes” during the Trump-Russia investigation, including the leaks of “highly classified material” and conspiracies to lie to Congress and the Foreign Intelligence Surveillance Act (FISA) court regarding the infamous Steele dossier, Fox News reports.

The dramatic step comes as Republicans have pushed for the release of key documents to uncover the origins of the now-discredited narrative that the Trump campaign colluded improperly with the Russian government, Fox News reports.

President Trump recently told Fox News he would release the entirety of the FISA applications used to surveil one of his top aides, and other related documents.

Nunes said he has been working on the referrals for more than two years, and wanted to wait until the confirmation of Attorney General Bill Barr.

“We’re prepared this week to notify the attorney general that we’re prepared to send those referrals over,” Nunes said. “First of all, all of these are classified or sensitive. … Five of them are what I would call straight up referrals — so just referrals that name someone and name the specific crimes,” Nunes told Maria Bartiromo. “Those crimes are lying to Congress, misleading Congress, leaking classified information. So five of them are those types.”

Published in Crime, FISA, Obama, Political News and US News