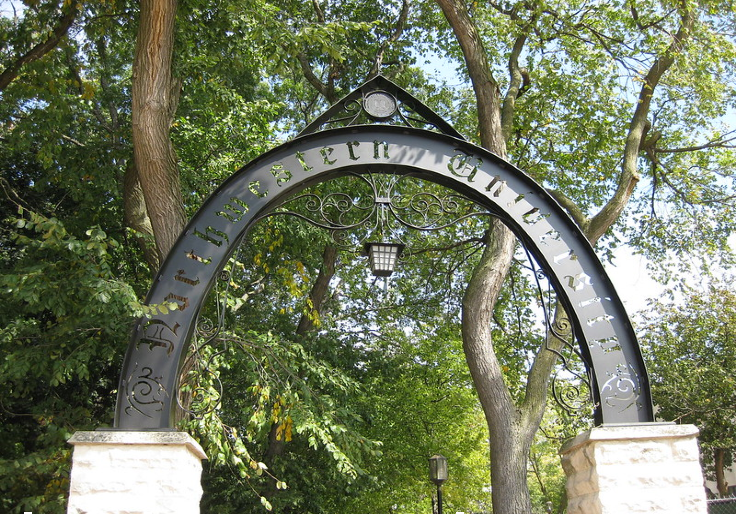 Northwestern University’s student government voted last week to indefinitely table a resolution in support of the First Amendment and freedom of speech on campus.

Northwestern student senators voted 12-11 in favor of tabling the free speech resolution, which came in response to student protesters attempting to shut down a speech by former U.S. attorney general Jeff Sessions last year. Three senators abstained from the vote.

Those in favor of the resolution argued that the protections afforded by the Constitution were not enough to secure student protesters and activists, particularly in the context of the extreme actions that took place during the Sessions visit last November, during which students attempted to climb through windows and push through doors to disrupt the speech.

Northwestern senators on both sides of the vote declined to comment when reached by the Washington Free Beacon.

The resolution was introduced by freshman Zachary Kessel, who was published by the Washington Post in the aftermath of the Sessions protest. Kessel writes for the Daily Northwestern but disagreed with the paper’s decision to apologize for covering the Sessions protest.

In his resolution, Kessel recognized the “vital” role that his campus has in stopping the “movement against free speech,” in light of the illegal attempts to shut down Sessions’s speech. The resolution concluded by stating that Northwestern students “have the right to free speech and free expression, as enumerated in the First Amendment in the United States Constitution.”

Kessel expressed disappointment in the vote’s outcome, arguing that it disagreed with the purpose of a university education.

“It’s one thing to disagree with Mr. Sessions’s views, but another thing entirely to shout down any dissenting opinions,” Kessel said in a statement to the Free Beacon. “College is supposed to be a time to expand your ideological horizons.… I have enough confidence in the strength of my values to subject them to the light of scrutiny.”

The vote came in the wake of news that the city of Evanston has dropped 11 charges of disorderly conduct against five of the university’s student protesters. According to the Daily Northwestern, the city filed what is known as a nonsuit, declining to prosecute the students. The university has said it is putting the students through its own disciplinary process.

Outside the November event, students attempted to forcibly make their way into the hall to disrupt Sessions. Despite being told by university police to stop acting disruptively, students continued with their behavior, leading to some being forcibly removed from the area.

Student activists had complained that photographs taken by the Daily Northwestern of the public event were “retraumatizing and invasive,” putting the protesters at risk of disciplinary action. Similarly, some students were angered that the student paper had reached out to protesters for comment through the publicly available student directory.

In the face of student pressure, the Daily Northwestern capitulated to the activist demands and published a lengthy apology. Likewise, the
“offensive” photos and protesters’ names were retroactively removed from their original coverage.

“Ultimately, The Daily failed to consider our impact in our reporting surrounding Jeff Sessions,” the paper’s top editors wrote. “We know we hurt students that night, especially those who identify with marginalized groups. As a campus newspaper covering a student body that can be very easily and directly hurt by the University, we must operate differently than a professional publication in these circumstances.”

The most notable of the Daily’s critics was Northwestern University’s dean of the Medill School of Journalism, Charles Whitaker, who defended the paper’s original coverage.

In a statement, Whitaker said, “It is naïve, not to mention wrong-headed, to declare, as many of our student activists have, that The Daily staff and other student journalists had somehow violated the personal space of the protesters by reporting on the proceedings, which were conducted in the open and were designed, ostensibly, to garner attention.”

Published in First Amendment, Political News and US News