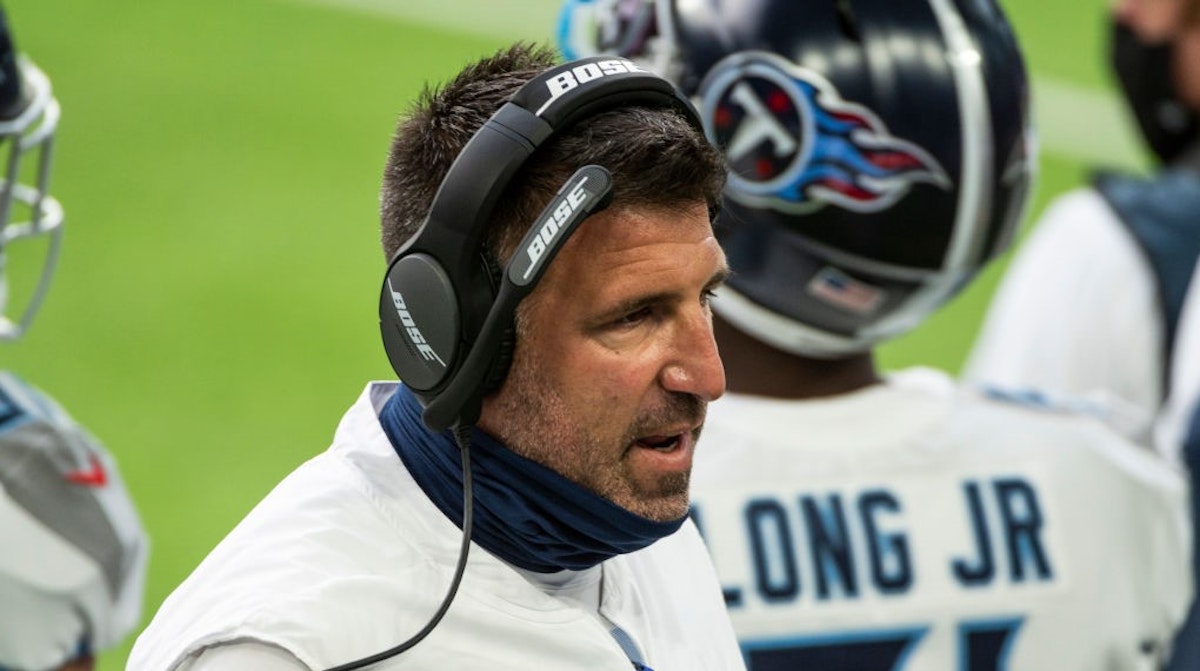 The Daily Wire
By  Joseph Curl

The National Football League (NFL) is threatening to suspend coaches and other sideline personnel if they do not properly wear face coverings amid the COVID-19 pandemic.

The NFL also said teams that violate the rules could forfeit draft picks.

Troy Vincent, who oversees NFL football operations, told the 32 teams on Wednesday that “accountability” is required on the sidelines, according to a memo obtained by The Associated Press.

“We will continue to address lack of compliance with accountability measures that may also include suspensions of persons involved, and/or the forfeiture of a draft choice(s),” Vincent wrote.

“As you know, the game-day protocols agreed to with the NFLPA require that coaches and other non-player personnel wear appropriate face coverings at all times on the field and in the coaches’ booths,” Vincent wrote. “While we saw significant progress in Week 3 with compliance from club personnel, wearing of protective equipment is still not universal, and this lack of compliance creates unnecessary risk to game-day participants.”

“Both our own and independent medical advisors have emphasized the need to remain vigilant and disciplined in following the processes and protocols put in place by agreement with the NFLPA as well as by state and local governments,” Vincent wrote. “We are only through Week 3 of the season. If we are to play a full and uninterrupted season, we all must remain committed to our efforts to mitigate the risk of transmission of the virus.”

“Inconsistent adherence to health and safety protocols, such as wearing face coverings and observing physical distancing requirements, will put the 2020 season at risk. A failure to adhere to the negotiated protocols or to government directives can have an adverse impact on both other players or staff members of your club, and of other clubs as well. Selective or inconsistent compliance threatens to undermine fan confidence in our health and safety protocols and the competitive fairness and integrity of the NFL season,” Vincent continued.

Three teams in the National Football League have already been fined more than $1 million because their coaches didn’t wear masks during games.

The three teams, each fined $250,000, are the Seattle Seahawks, the Denver Broncos, and the San Francisco 49ers. Their coaches, the Seahawks’ Pete Carroll, the Broncos’ Vic Fangio, and the 49ers’ Kyle Shanahan, were also each fined $100,000.

“The $1,050,000 in punishments comes a week after the league sent a memo to teams reinforcing its requirement that coaches wear coverings over their mouths and noses at all times on the sidelines during games, threatening discipline for those who don’t comply,” ESPN reported.

“We must remain vigilant and disciplined in following the processes and protocols put in place by not only the league, union and clubs, but also by state and local governments,” Vincent said in the memo. “Failure to adhere to this requirement will result in accountability measures being imposed against offending individuals and/or clubs … Becoming careless or ignoring face covering and physical distancing requirements will put the 2020 season at risk …”

Published in Coronavirus, Sport News and US News