New CDC Estimates: Fatality Rate For COVID-19 Drops Again And May Surprise You 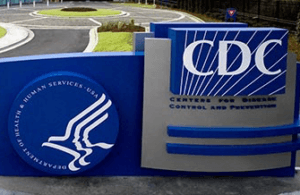 New CDC Estimates: Fatality Rate For COVID-19 Drops Again And May Surprise You

What’s are the real chances of dying if you are infected with COVID-19? You’ll probably…

Submitted by Mark Glennon of Wirepoints

What’s are the real chances of dying if you are infected with COVID-19? You’ll probably be surprised how low they are according to new numbers from the Center for Disease Control. We’ll state those numbers simply for those of you who aren’t crazy about math.

The CDC’s new estimate, for the first time, is broken down by age groups. Here is what the CDC calls its “current best estimate” of chances of dying from the virus if you get infected:

Here’s another way to look at the same numbers. If you get infected, your chances of surviving are as follows:

The CDC’s numbers are actually published as what’s called the “Infection Fatality Ratio” or IFR. The relevant portion of their chart is reproduced below. We’ve just stated their numbers a different way and rounded a bit. IFR includes, as those who were “infected,” those who got the virus but never got sick or displayed symptoms.

The CDC’s “best estimate” may be off and it offered other scenarios, also shown in the chart below. They are all very low, however, as you can see. For those age 20-49, for example, even under the worse case scenario, the IFR is only .0003. That means your chances of dying even if you got infected would be 1 out of 3,333.

Estimates of COVID’s lethality have been dropping regularly. In March, when most of the nation went into lockdown, Dr. Anthony Fauci estimated the mortality rate at about 2% and the World Health Organization pegged it at about 3.4%. Both are far higher than the current CDC estimate.

Those earlier numbers, which were far more frightening, got extensive press coverage. Very little media attention, however, has gone toward the new numbers.