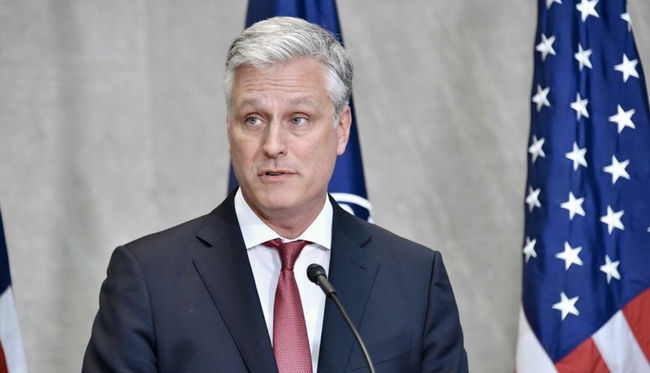 O'Brien, the highest-ranking US official to test positive, recently returned…

Update (0940ET): The White House has released a statement saying O’Brien hasn’t had any recent close contact with President Trump or VP Mike Pence, and thus there is “no risk of exposure” to either of them. All White House staff are regularly tested for the virus, and O’Brien is the first to actually return a positive result.

O’Brien has been isolating at home and working remotely after apparently contracting the virus at a family event. Some of the higher-ranking White House staff to test positive include Trump’s valet and VP Pence’s press secretary, along with several members of Congress. Oklahoma Gov. Kevin Stitt has also tested positive for the virus, but he’s already almost done with his recovery.

The NSA recently returned from a European tour and hasn’t had any recent close contact with Trump or Pence, according to the White House.

We know that O’Brien and the president were together on July 10, before the NSA departed on a trip through Europe. It’s not clear whether he was ever in a position to infect the president.

So far, a handful of Congressmen, and roughly a dozen or so Trump Campaign aids have tested positive for the virus. However, neither President Trump nor Vice President Mike Pence have ever tested positive. Trump even took a 2-week course of hydroxychloroquine at one point a month or so ago after his physician prescribed it to him for its preventative qualities.