NASA lands rover on Mars after ‘seven minutes of terror’ 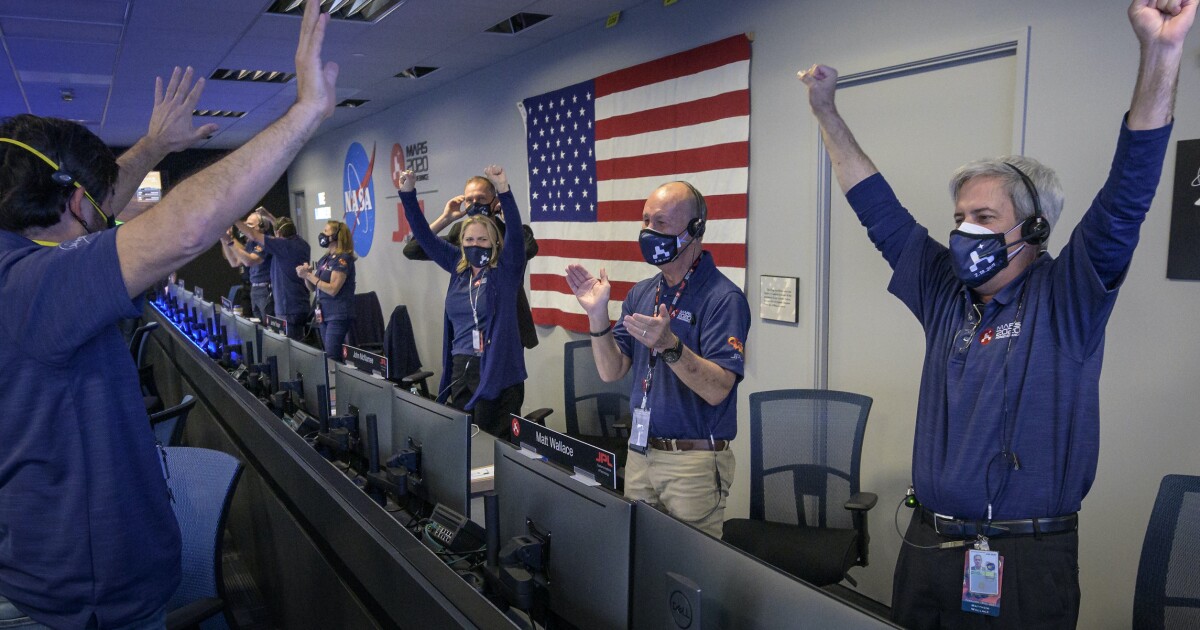 NASA lands rover on Mars after 'seven minutes of terror'

The rover landed on the red planet at 3:55 p.m. on Thursday after a 203-day journey taking the spacecraft 293 million miles away from Earth. Perseverance survived what is known as the “seven minutes of terror,” which is a period of time where the craft has to land itself on the planet without assistance from NASA given the 11-minute communication time delay.

The rover soon sent its first picture of Mars back to Earth.

I’m safe on Mars. Perseverance will get you anywhere.

The rover will preserve core rock samples via a caching system wherein they will be stored in tubes and subsequently deposited so that future missions can collect them and fly them back to Earth, NASA said.

“NASA is partnering with the European Space Agency on a multi-mission effort, called Mars Sample Return, to retrieve the samples Perseverance collects and bring them back to Earth for study in laboratories across the globe,” explained Bobby Braun, the Mars Sample Return program manager at NASA’s Jet Propulsion Laboratory.

Perseverance’s stated mission is to conduct astrobiology research, including searching for signs of microbial life and “paving the way for human exploration of the Red Planet.”

NASA administrators celebrating the spacecraft’s safe landing alluded to the historic potential to pursue manned space flight to Mars in the coming years.

“This landing is one of those pivotal moments for NASA, the United States, and space exploration globally – when we know we are on the cusp of discovery and sharpening our pencils, so to speak, to rewrite the textbooks,” said acting NASA Administrator Steve Jurczyk. “The Mars 2020 Perseverance mission embodies our nation’s spirit of persevering even in the most challenging of situations, inspiring, and advancing science and exploration. The mission itself personifies the human ideal of persevering toward the future and will help us prepare for human exploration of the Red Planet in the 2030s.”

Published in NASA, Tech News, Technology and US News