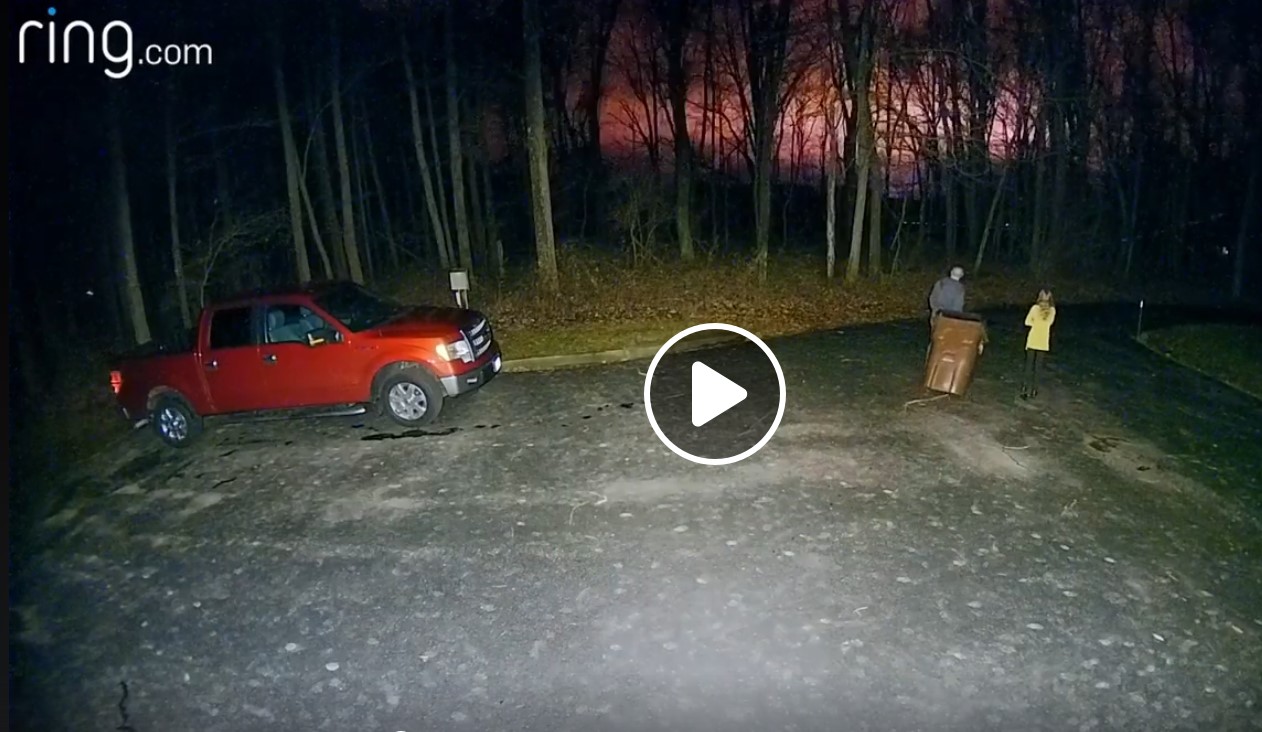 Mysterious red flashes lit up the skies over Bethel, Ohio…

And all of a sudden, the night sky over Bethel, Clermont County, Ohio, became red and orange.

But the origin of this strange flash in the skies is still a mystery.

So what were the mysterious flash lights in the sky over Bethel, Ohio?

The story starts when a father and his daughter were taking the trash out Sunday evening at their Bethel home.

As they were crossing the front-house garden, the girl made like ‘Dad! Look at the light in the sky! What is that?’

Then, completely baffled, the father set the trashcan down and watching the sky said something like ‘What the heck is that?’”

The color of this mysterious bright flash was red and orange with a little pink and purple too.

The video shows the sky coloring very suddenly like dusk, fireworks or lightning, but the weird phenomenon wasn’t associated with any sounds.

The family first thought it could have been an explosion. The father was in the military and says such bright lights are similar to what you could see and experience in the military.

Here another footage of the same bright flash in the sky:

So what caused the flash in the sky over Ohio?

Published in Opinion and US News