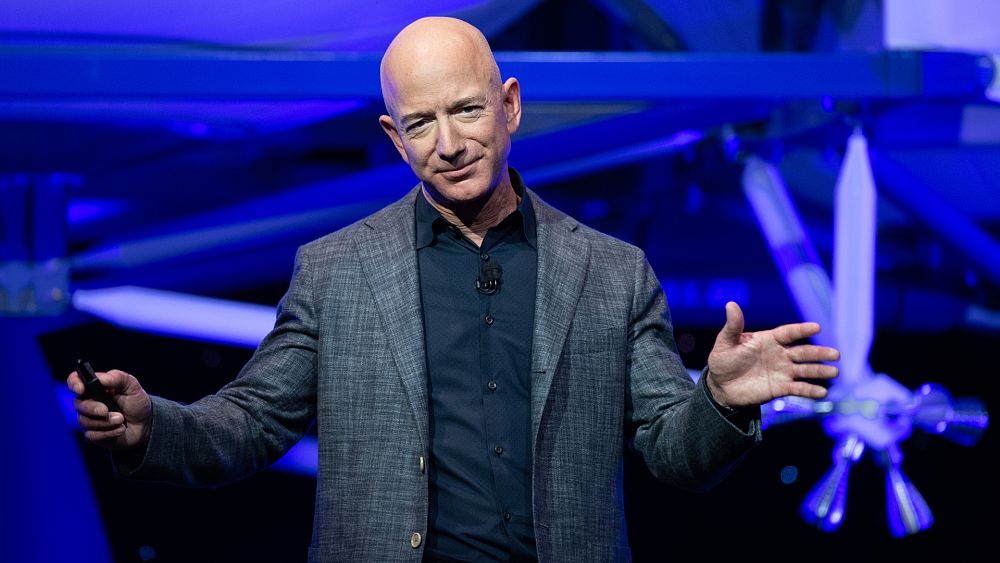 With 14.7 billion tonnes of goods delivered every year in…

Electric cars represent the future of motoring. As the climate crisis worsens and we look for sustainable alternatives to fossil-fuelled travel, the number of battery operated vehicles on the roads is increasing with charging stations popping up in cities all over the world.

Tesla is widely thought to be “a king amongst carmakers” within the green automotive industry. As one of the first companies to have conquered the Electric Vehicle (EV) market, the brainchild of Elon Musk is now worth €152 billion.

But forget cars, what about delivery trucks? Transporting 14.7 billion tonnes of goods per year, trucks deliver 76.7 per cent of all goods carried over land in Europe, according to the ACEA. That’s a lot of driving, generating a hefty carbon footprint. Now, the next EV race is between start-ups like Rivian and Arrival who are looking to deliver goods using electric, and eventually self-driving, vans. Could Amazon CEO Jeff Bezos be about to place another big order with Rivian, bringing his billionaire tech feud with Elon Musk to new heights?

The big players are all for taking risks, it seems, by choosing to invest in up-and-coming EV manufacturers. Last year, Amazon invested over €400 million in sustainable transport start-up Rivian while postal service UPS made an undisclosed investment in Arrival, an emerging British EV manufacturer, only five years old. The latter has been described as having gradually emerged from “stealth mode”, as investment comes flowing in – all €100 million from Hyundai and Kia. 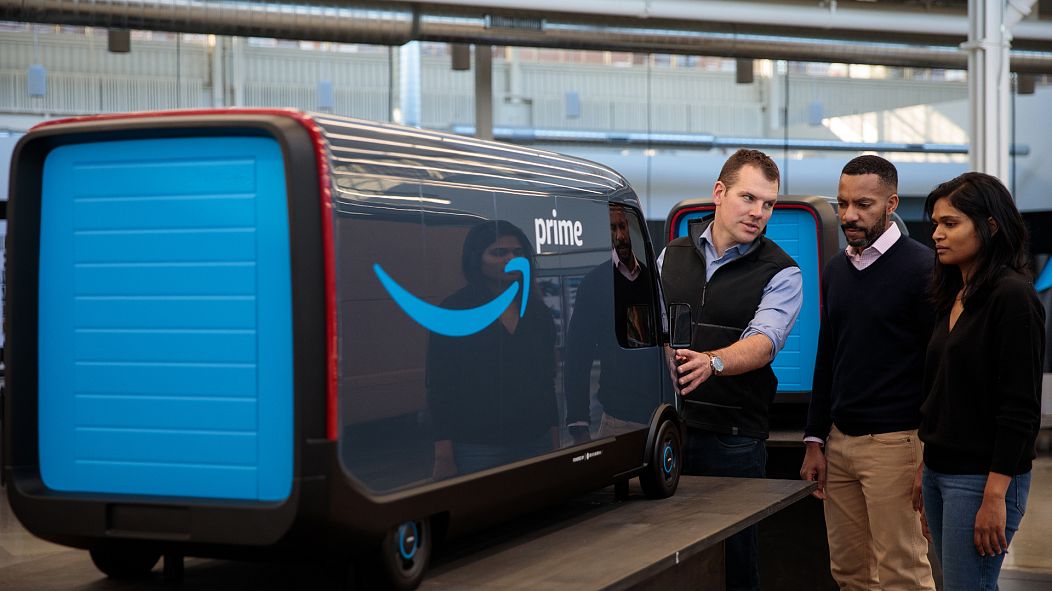 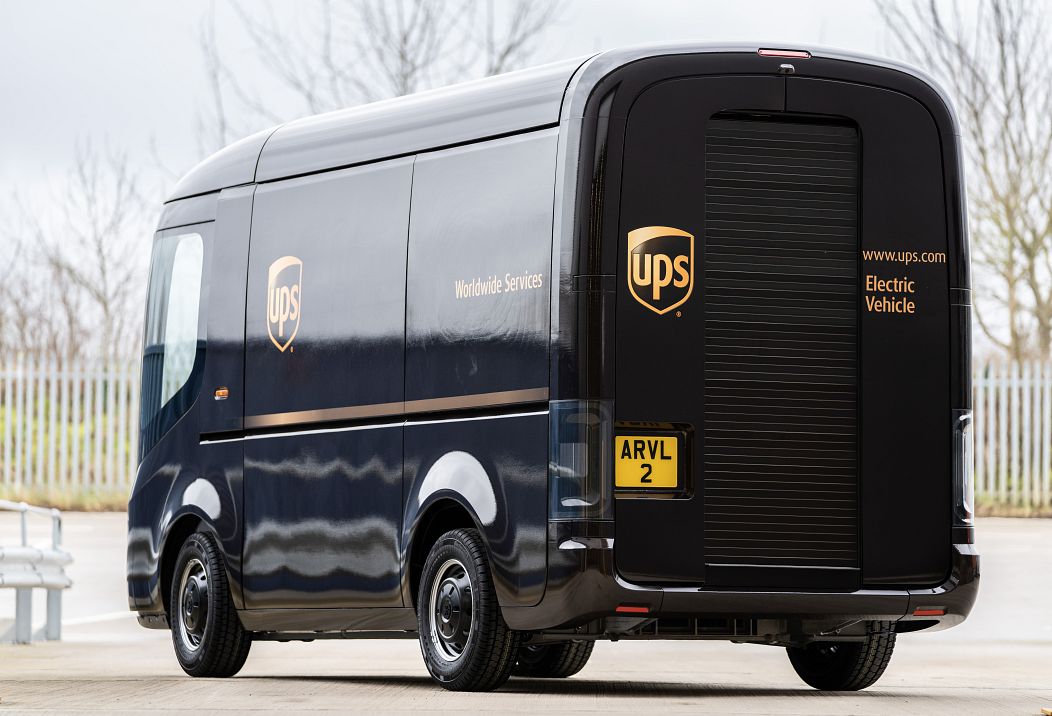 It’s fair to say there’s some big money on the table. And the environmental benefits would be significant. Of the traffic that passes through central London, 30 per cent comes from freight vehicles. Transporting goods across Europe contributes 2.5 per cent of the EU’s total CO2 emissions. But what makes EV start-ups so appealing to giants like Amazon?

“These two companies are global leaders in e-commerce and home delivery and have leveraged this position to develop customised vans with the start-up manufacturers,” says Dr. Eleonora Morganti, Senior Researcher in Transport Policies at the University of Leeds. While Arrival is firmly focused on the delivery market, Amazon-backed Rivian is developing an electric pickup truck to compete with Tesla’s hotly anticipated Cybertruck. 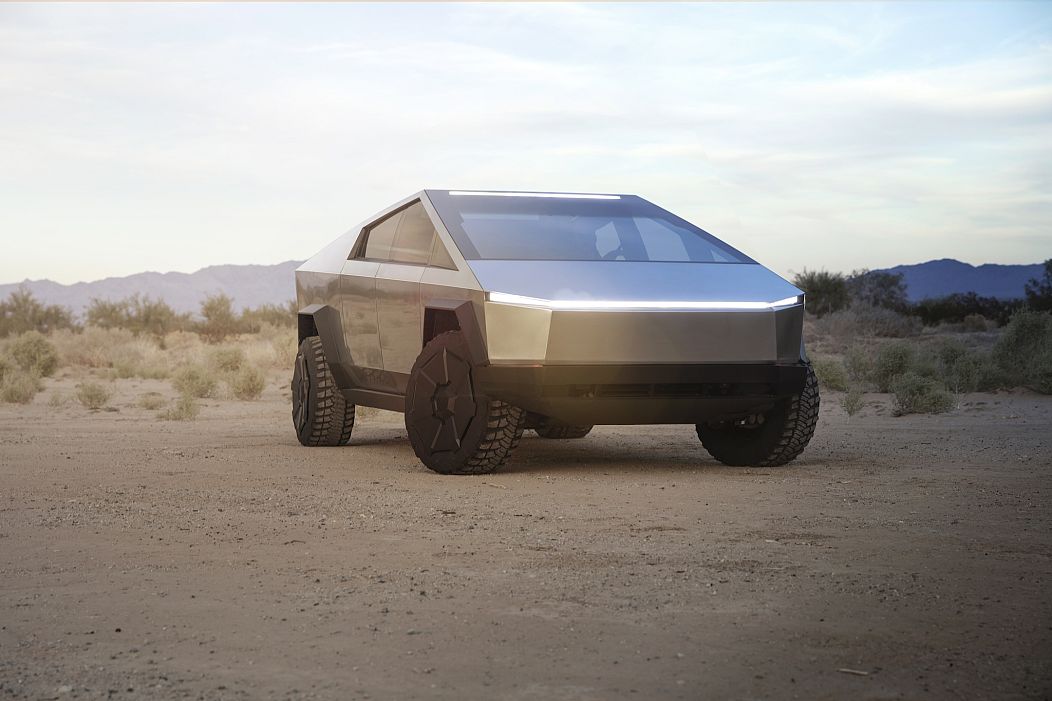 Although, a few days ago Ford and Lincoln announced they were cancelling plans to build an electric SUV with Rivian, leading to Twitter speculation that Amazon could buy Rivian outright.

WHILE START-UPS ARE SNATCHING UP DEALS, WHERE ARE THE MAINSTREAM MANUFACTURERS?

“Electric vans have been overlooked by mainstream manufacturers for various reasons, the first one that comes to my mind is the lack of charging station infrastructure,” says Dr Morganti. Installation of so-called smart charging systems for electric van fleets could cut the required grid connection size in half, according to a recent trial by the Mayor of London’s Office. In February, an even better system was proposed by a team of scientists lead by Dr Omer Onar at the Oak Ridge National Laboratory in the US. They successfully trialled a wireless and bidirectional charging system on a plug-in hybrid van which “would provide the maximum flexibility in charging the fleets of electric delivery trucks,” says Dr Omer.

Another reason the more recognisable car makers aren’t getting involved, Dr Morganti continues, is that “traditionally delivery operators, especially small ones, have limited budgets to invest in new fleets. And it is the smaller delivery operators that play a key role as subcontractors in home deliveries.” Many manufacturers retro-fit diesel vans with electric drive trains, but the likes of Arrival, Rivian and others such as Karma Automotive provide affordable options designed to be electric from the start. 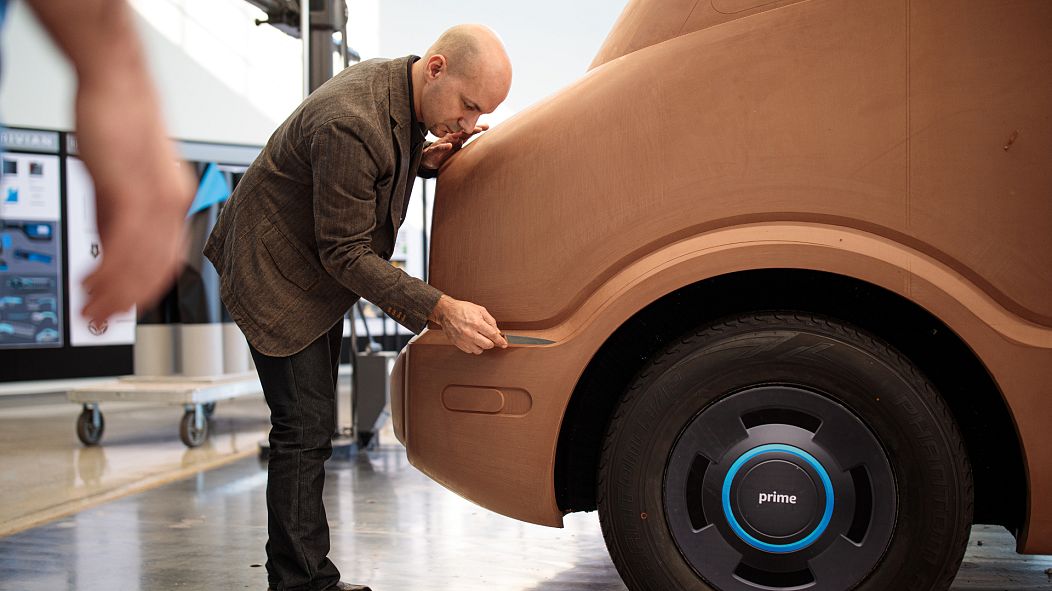 Published in Amazon, Technology and US News