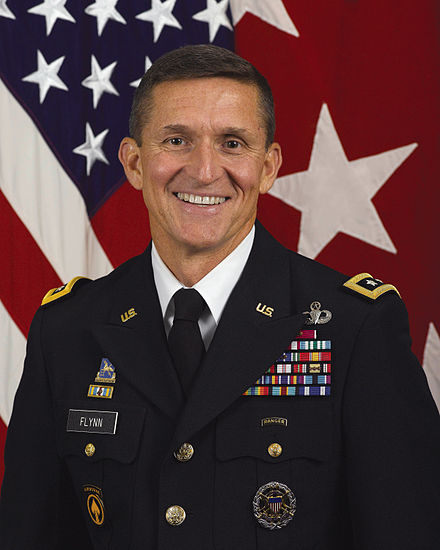 I recently wrote a column discussing how Democratic leaders, including…

I recently wrote a column discussing how Democratic leaders, including Vice President Joe Biden, have argued against continuing the investigation by U.S. Attorney John Durham despite growing evidence of misconduct by Justice Department officials and now the first guilty plea by former FBI lawyer Kevin Clinesmith. Now, Andrew Weissmann, one of the top prosecutors with Special Counsel Robert Mueller, has derided the Clinesmith plea while actually calling on Justice Department attorneys to refuse to help on ongoing investigations that could implicate aspects of his own prior work.

I was among those who expressed concern when Mueller selected Weissmann due to his history of controversial prosecutorial decisions, including a pattern of prosecutorial overreach in the Enron litigation.

Weissmann’s recent statements (made before the release of his new book on the Russian investigation) have only served to reaffirm those concerns.

Recently, Weissmann wrote an extraordinary and disturbing New York Times op-ed (with former Defense Department special counsel Ryan Goodman). In the column, he appeared to call on Justice Department lawyers to undermine the Durham investigation as well as the investigation by U.S. Attorney John Bash’s investigation into the “unmasking” requests by Obama administration officials. They wrote “Justice Department employees in meeting their ethical and legal obligations, should be well advised not to participate in any such effort.”

Consider that line for a moment.  Weissmann is openly calling on attorneys to refuse to help on investigations that could raise questions about his own decisions.  Durham is looking at a pattern errors, false statements, bias, and now criminal conduct in the Russian investigation. There is obviously overlap with the Mueller investigation which discussed many of the same underlying documents and relied on work by some of the same individuals.  The failure to address misconduct, bias, or criminal conduct by such individuals would be embarrassing to both Weissmann and Mueller. Despite that obvious conflict of interest, Weissmann is calling on attorneys to stand down.

It is the same troubling position that was once taken by Sally Yates, who told an entire federal agency not to assist the President in his travel ban.

After Weissmann called on Justice Department attorneys not to assist investigations by the Justice Department, Durham disclosed that the first guilty plea would be entered by Clinesmith. That would ordinarily cause embarrassment for someone who was calling for DOJ lawyers to effectively hinder the investigation.  Not Weissmann.  He has now attacked the criminal plea.

Weissmann mocked Attorney General Bill Barr to explain the difference between the Flynn plea and the Clinesmith plea.

“Question for Barr: how are Flynn’s confessed lies to the FBI (repeated to the VP) not a crime, but Clinesmith changing an email (the full version of which he also sent to DOJ) is?

Clinesmith is charged with adding the words ‘not a source’ to an email about Carter Page, but no where does the charge say that is false, i.e. that Page was a source for the CIA. Without that, how is the addition ‘materially’ false?”

Here is Durham theory: even though Clinesmith gave the complete and accurate email to DOJ to use in the Page FISA, when asked by an FBI agent if the CIA had represented IN WRITING that Page was not a source, Clinesmith said yes, when CIA had not said so explicitly in writing. no where is it alleged that Page was in fact a CIA source or, if so, that Clinesmith knew that. How is any of this false or material to the Page FISA, using Barr’s new Flynn materiality standard. It’s not. Two systems of justice at play.”

The tweets reveal more about Weissmann than Clinesmith or this guilty plea.

First, Weissmann is completely distorting both the law and the facts to disregard the significance of this guilty plea. The fact that Page was a source for the CIA is not disputed. The Horowitz investigation and various congressional investigations have confirmed that the CIA made clear to Clinesmith that Page was working for United States intelligence, a fact that critically undermined the basis for the original application for secret surveillance. The statement that “no where does the charge say that is false, i.e. that Page was a source for the CIA” is bizarre. The charge is that Clinesmith made this false statement to the court and there is a wealth of evidence to support that charge. It was clearly enough to prompt Clinesmith to take a plea and enter into what appears a cooperative agreement with prosecutors.

Second, the claim that “Clinesmith gave the complete and accurate email to DOJ” would not negate the charge. It was the false information that he gave to the court that mattered. Prosecutorial misconduct often involves telling courts something different from what is known or discussed by prosecutors.  Moreover, the implications of such a contrast adds to the need for the investigation that Weissmann has sought to hinder.  If other DOJ attorneys and investigators knew that the court was being given false material information, the concerns are magnified not reduced for the Durham investigation.  Indeed, it means that this investigation dragged on for many months despite other attorneys knowing that the original claims of Page being a Russian assets were directly contradicted by American intelligence and never disclosed to the Court.

What is astonishing is that the FISA court itself as well as Horowitz have flagged this as a serious matter of false or misleading information. Weissmann however is actively seeking to convince Justice Department lawyers to refuse to help on the investigation.

Weissmann also misrepresents the law and the position of the Justice Department in Flynn.  I have been one of the most vocal critics of the plea.  It is true that Flynn gave false answers to the investigators.  However, he fought the allegations until the Mueller team drained him of his savings and threatened to prosecute his son.

Keep in mind that Flynn was the incoming National Security Adviser and held entirely lawful discussions with Russian diplomats. Even James Comey told President Obama that the discussions were “legit.” Moreover, in December 2016, investigators had found no evidence of any crime by Flynn. They wanted to shut down the investigation; they were overruled by superiors, including FBI special agent Peter Strzok, Deputy Director Andrew McCabe and Director James Comey. Strzok told the investigators to keep the case alive, and McCabe is described as “cutting off” another high-ranking official who questioned the basis for continuing to investigate Flynn. All three officials were later fired, and all three were later found by career officials to have engaged in serious misconduct as part of the Russia investigation. Recently disclosed material indicate that Obama, Biden, and other discussed the use of the Logan Act as a pretense for a criminal charge. The Logan Act criminalizes private negotiations with foreign governments. The Logan Act is widely viewed as unconstitutional and has never been used successfully against any U.S. citizen since the earliest days of the Republic.

Then, in February 2017, Comey circumvented long-standing protocols and ordered an interview with Flynn. Comey later bragged that he “probably wouldn’t have … gotten away with it” in other administrations, but he sent “a couple guys over” to question Flynn, who was settling into his new office as national security adviser. Indeed, Yates recently agreed that Comey “went rogue” on the Flynn matter.

This history is what was detailed to the court in the Flynn motion to dismiss the charge. The materiality point reflected the governing law that indictments require more than mere “relevance” or relatedness but rather a statement that is “reasonably likely to influence the tribunal in making a determination required to be made.” United States v. Weinstock, 231 F.2d 699, 701 (D.C. Cir. 1956) (emphasis added). The distinction with Clinesmith is obvious. Clinesmith lied to the Court in an investigation to influence a “determination required to be made” by the court.

Imagine if this were not the rule. It would mean that any prosecutor could intentionally lie to a court to secure warrants or other actions without the risk of a criminal charge.  Yet, Weissmann is mocking the very notion that Clinesmith could be charged while insisting that his office was correct in prosecuting Flynn despite the absence of an ongoing federal case and the fact that the agents themselves did not believe Flynn intentionally lied. There is no question the Clinesmith lied and that the lie was critical to the court’s consideration of the FISA application.

For years, I have criticized Weissmann’s record of dubious prosecutorial judgment, bias, and overreach. However, that case against Weissmann is not nearly as powerful as the case he is making against himself.

Published in FBI, FISA, Political News and US News