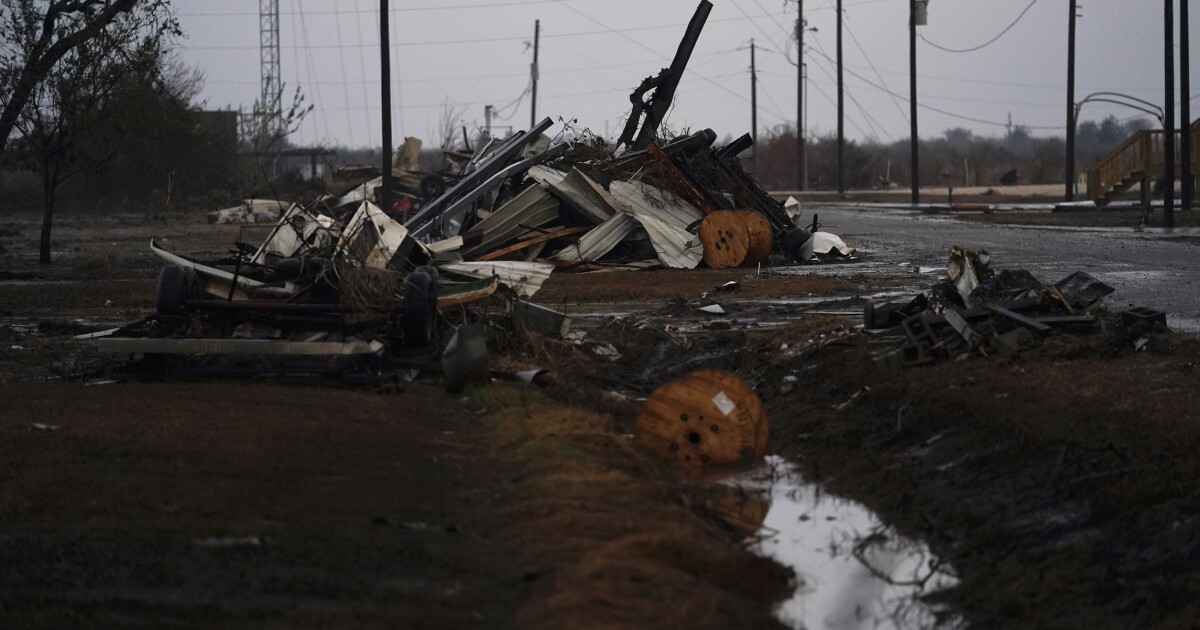 For residents of the Gulf Coast still piecing together homes and lives in the aftermath of Hurricane Laura, Friday’s latest storm to batter the area was an unwelcome sign.

On Saturday, 2,500 National Guard members were dispatched to parts of Louisiana after Tropical Storm Delta brought torrents of rain and left more than half a million people without power.

More than 700,000 power outages were reported primarily in Louisiana, although residents of Texas and Mississippi also experienced power issues after the 10th-named storm in 2020 slammed into the coast.

Darren Worthington, a minister in Lake Charles, Louisiana, said that the string of storms was “devastating” for residents of the area.

“You just see fences down, blue tarps on every roof,” Worthington told CBS News. “It’s just been that kind of year.”

On Saturday morning, the National Weather Service issued a warning to people inland from the Gulf Coast to prepare for more bad weather from Delta.

“Delta will continue to impact portions of the Gulf Coast with storm surge, heavy rainfall, flooding, and dangerous winds as it advances northward,” the National Weather Service said.

Published in Hurricanes, Natural disasters, US News and Weather