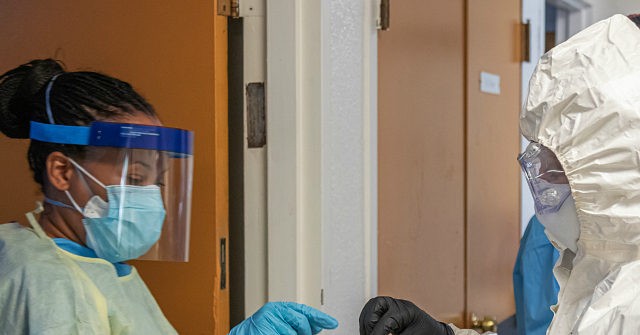 Minnesota has witnessed a spike in the number of younger people who are testing positive for COVID-19 as the pandemic continues to grow in the United States.

According to data released Sunday by the Minnesota Department of Health, 523 new cases were identified Sunday, bringing the total number of coronavirus-positive residents in the state to 35,549.

A spike in the number of people who are testing positive for the virus can be seen amongst people in their 20’s, with that age group making up the largest group of positive cases in the state.

As of June 28, there have been a record number of 51 percent new positive cases announced for people in their 20’s.

According to Minnesota’s StarTribune, four bars in the Minneapolis and Mankato areas “have contributed to a surge in COVID-19 cases in young adults.”

Roughly 100 people suffered COVID-19 infections related to crowding over the June 12-14 weekend at Rounders Sports Bar & Grill and the 507 in Mankato, while more than 30 cases have been identified among people who went to Cowboy Jack’s near Target Field and the Kollege Klub in Dinkytown between June 14 and June 21.

Officials in the state have warned that the number of positive cases for people in their 20’s can continue to grow unless precautions are taken to not “overwhelm” the system.

“When you have 56 cases associated with one location from one weekend, that is not managing the rate of growth,” said Kris Ehresmann, state infectious disease director. Ehresmann added that businesses and citizens should work to prevent the spread “so that even as we open up, we are not putting ourselves in a position to overwhelm the system we worked so hard to strengthen.”

While there is a spike in the number of positive cases in the state, it is worth noting that of the 1,460 people that have died in the state from COVID-19 illnesses, only two of those people were below the age of 30.

As of Sunday, Minnesota health officials had administered nearly 15,000 tests. Nine percent of those who have been tested have been hospitalized while 228 remain in hospitals across the state. The state’s health department also reported eight new COVID-related deaths, bringing the state’s death toll to 1,460.