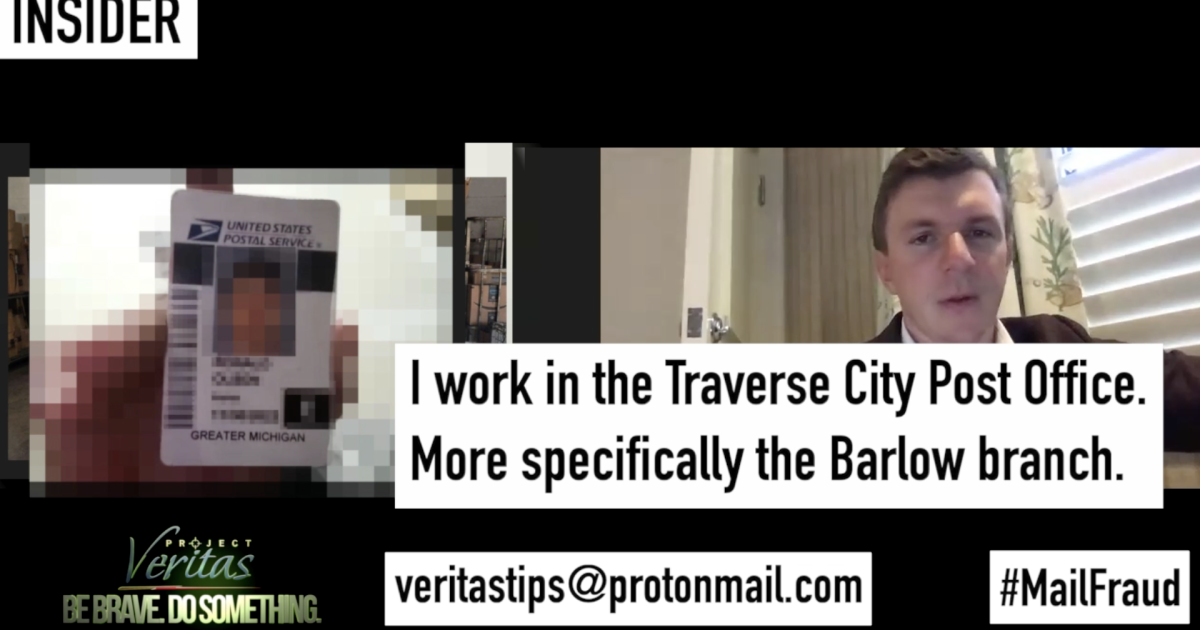 Investigating and exposing corruption in both public and private institutions.

[TRAVERSE CITY, MICH.—Nov. 4, 2020] An U.S. Postal Service Insider told Project Veritas founder and CEO James O’Keefe his supervisor instructed mail carriers at his work site here that all new ballot envelopes should be segregated in bins, so that postal clerks could fraudulently hand-postmark them as received Nov. 3.

The Insider said he was shocked when Barlow Branch morning supervisor Jonathan Clarke told a group of mail carriers how late ballots would be handled.

Michigan law states that ballots must be received by 8 p.m. on Election Day, Nov. 3, to be counted. This deadline was affirmed by the Michigan Court of Appeals.

“Our Project Veritas Insider is taking an enormous risk to get out the truth,” said O’Keefe, who interviewed the Insider on a video teleconference call.

“Mail-in ballots are always a problem because there is no chain of custody between voter and the actual ballot box,” O’Keefe said.

The Insider said there was a process set up for the post office workers involved in the bogus postmark scheme.

“We were told to collect any ballots that we find in mailboxes, collection boxes, et cetera, for outgoing mail, at the end of the day, we are supposed to separate them from the standard letter mail, so they can hand-stamp them with yesterday’s date—and put them through the Express Mail system—to get wherever they need to go,” the Insider said.

“For clarification, today is the fourth of November,” he said.

USPS Insider: “Yeah, that’s why I am coming forward with this information. That is a very shady—in addition to, as far as I am aware, we’re not supposed to be counting ballots that are postmarked after the third of November here in the state of Michigan.”

Michigan and its 16 Electoral College votes are at the center of the tightly contested 2020 presidential election between President Donald J. Trump and Vice President Joseph R. Biden Jr. 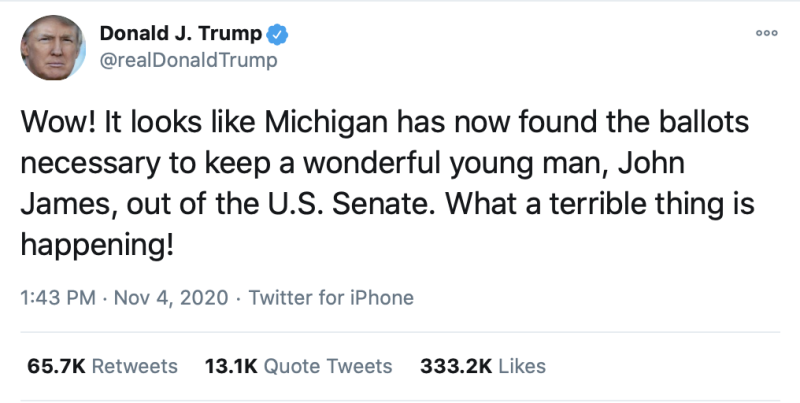 The Insider said some of his colleagues at the post office were also upset by this order to fraudulently postmark ineligible ballots, but no one wanted to outwardly show their anger.

Throughout the day, the ballots were taken from the sorting bins and put into Express Mail bags, so they could be taken “to the plant,” the postal distribution facility nearby on Garfield Road, he said.

“My statement to other postal workers is that if they see anything shady is to report it—they can’t have any integrity in this country if they just let things slide,” he said.

O’Keefe said, “Like other Insiders, this man is witnessing a wrong so heinous, so toxic to our voter-based democracy, he found himself with ‘the choiceless choice.’”

O’Keefe reached out to Clarke by phone, but the supervisor would not respond to questions about the postmark scheme.

James O’Keefe established Project Veritas in 2011 as a non-profit journalism enterprise to continue his undercover reporting work. Today, Project Veritas investigates and exposes corruption, dishonesty, self-dealing, waste, fraud, and other misconduct in both public and private institutions to achieve a more ethical and transparent society. O’Keefe serves as the CEO and Chairman of the Board so that he can continue to lead and teach his fellow journalists, as well as protect and nurture the Project Veritas culture.

Project Veritas is a registered 501(c)3 organization. Project Veritas does not advocate specific resolutions to the issues raised through its investigations. SUPPORT OUR WORK.