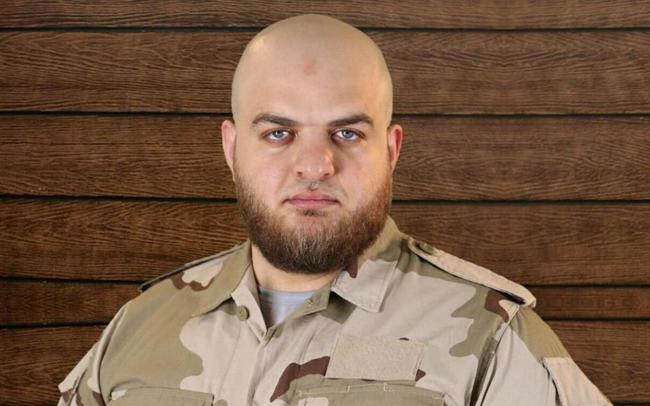 "Acts of torture," "war crimes" & "complicity in enforced disappearances"... and…

Over the past couple of years European capitals have been pursuing war crimes charges against anti-Assad ‘opposition’ fighters once widely referred to in Western press as “moderate rebels”. In an irony which is certain to be ignored by the same US mainstream media that shilled for them in the first place, the CIA and Pentagon had for years through the first half of the war backed the anti-Assad jihadist insurgency with millions of dollars and weapons.

One such so-called ‘moderate rebel’ arrested days ago in France is Islam Alloush — a former leader and spokesman for Jaish al-Islam, which also happens to be the very Saudi-backed group that had been in control of eastern Ghouta outside of Damascus at the time of the alleged April 2018 Douma “chemical attack”.

According to the AFP, Alloush was detained in the city of Marseille following criminal complaints filed last year by human rights groups, which detailed a history of war crimes, torture and kidnapping against civilians and activists.

He “is among the senior officials of Jaish Al Islam,” who led some 20,000 combatants in the jihadist militia, and “caused terror to reign in the rebel areas it controlled, mainly in eastern Ghouta, which it lost control in April 2018,” according to a joint press release issued by the human rights groups which helped track his whereabouts to the south of France.

Not only had he been freely moving about Europe for what appears to be at least a year… it gets better: this brutal jihadist warlord and terrorists was actually in France on a student visa.

According to international reports on the case:

The man, born in 1988, is said to be a former spokesperson for the group and was in France on an Erasmus student visa. He was taken into custody in the southern port city of Marseille.

After 48 hours in police custody, he was brought before a Parisian  judge who charged him with “acts of torture,” “war crimes” and “complicity in enforced disappearances.”

The International Federation for Human Rights described the group that Alloush had long been spokesman for in a statement: “Mainly active in Eastern Ghouta, in the suburbs of Damascus, Jaysh al-Islam has been regularly accused of committing international crimes against the civilians living under its rule, starting in 2011 until 2018” — including the disappearance of four prominent human rights lawyers and activists.

You can’t make this up

Presents himself as Researcher Specialized in #Syria ‘s conflict pic.twitter.com/xScMxqSX9q

“The group numbered up to more than 20,000 fighters and carried out a reign of terror in the rebel areas it controlled, mainly in the Eastern Ghouta, until it lost control over them in April 2018,” the rights organization said.