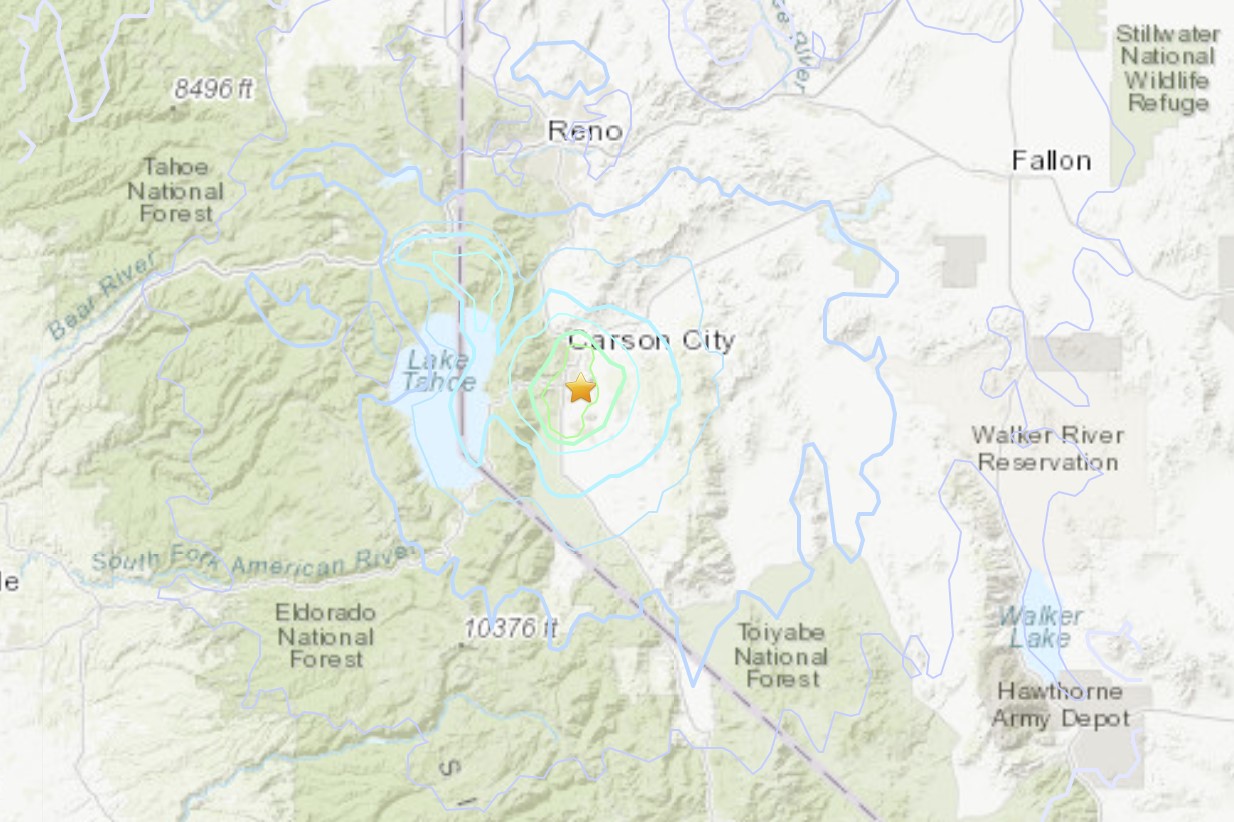 Lake Tahoe has elevated risks of earthquakes and tsunami due…

Tremors have been felt up to Sacramento, reawakening fears of a quake-induced ancient tsunami that happened in the recent prehistoric past at Lake Tahoe.

The major quake was followed by about two dozen ongoing small aftershocks.

Nearly 6,200 people reported feeling the earthquake on the USGS Homepage.

Reports came from South Lake Tahoe, Yerington and Fallon, as well as in the Sacramento Valley, Merced and Fresno.

Although not very strong, the shallow (5.2 miles deep) earthquake created loud earthquake booms, and people felt their whole homes shaking. Some said it was kind of scary. And some even started to fear a tsunami in Lake Tahoe.

Lake Tahoe in California and Nevada is an example of a lake that is in danger of having a tsunami due to faulting processes.

Lake Tahoe has been formed by earthquakes and its bottom is criss-crossed by several faults… and others are hidden in glaciofluvial deposits.

Published in Earth Quakes and US News