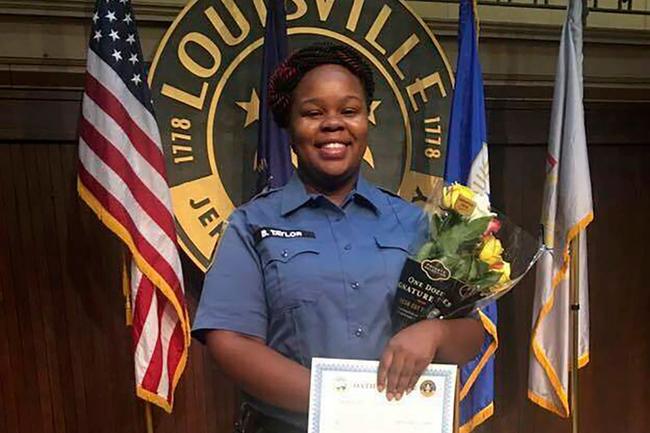 "The city’s response in this case has been delayed and…

The city of Louisville will pay several million dollars to the family of Breonna Taylor, a 26-year-old Black woman killed by police during a raid on her apartment, as part of a legal settlement with the family, the president of the Louisville Metro Council said.

The Wall Street Journal also reports that the settlement also requires the city to implement police reforms, including a mandate for supervisors to sign off on search warrants, said David James, president of the council, who said a city official briefed him on the settlement Tuesday. He said he wasn’t at liberty to disclose the size of the settlement amount.

The Epoch Times’ Zachary Stieber reports that,  Sam Aguiar, one of the family’s lawyers, confirmed via email that a settlement has been reached.

“The city’s response in this case has been delayed and it’s been frustrating, but the fact that they’ve been willing to sit down and talk significant reform was a step in the right direction and hopefully a turning point,” he added to CNN.

Details of the settlement haven’t been confirmed.

Reports indicate it will be one of the largest settlements in police shooting cases in the city’s history.

They will be gathering “to address a significant update in the Breonna Taylor case,” according to a press release.

A demonstrator holds a sign with the image of Breonna Taylor in Denver, Colo., on June 3, 2020. (Jason Connolly/AFP via Getty Images)

Fischer said during a radio interview early Tuesday that he couldn’t comment on the reported settlement.

“I don’t have anything to announce on that at this time,” he said.

Attorney’s for Taylor’s family filed a wrongful death lawsuit earlier this year, arguing police officers “had no probable cause or other legal basis to enter and search” her home.

Gunfire was exchanged between the officers and Taylor’s boyfriend, Kenneth Walker, who was charged with attempted murder. The charge was later dropped.

Taylor’s case is being examined by federal, state, and local investigators.

The top FBI agent in the city told activists in July that the investigation was the bureau’s “top priority” but stressed the need to take ample time to handle such a “complex” probe.

Kentucky Attorney General Daniel Cameron’s office is conducting a separate investigation, as is the Louisville City Council into Fischer’s handling of the case.

The three officers involved in the case were placed on administrative reassignment.

One of them, Brett Hankison, was later fired.

Interim Police Chief Robert Schroeder said the officer “displayed an extreme indifference to the value of human life when you wantonly and blindly fired ten (10) rounds into the apartment of Breonna Taylor.”

Activists want the other two officers fired and all three charged.

Published in Crime, Law and US News