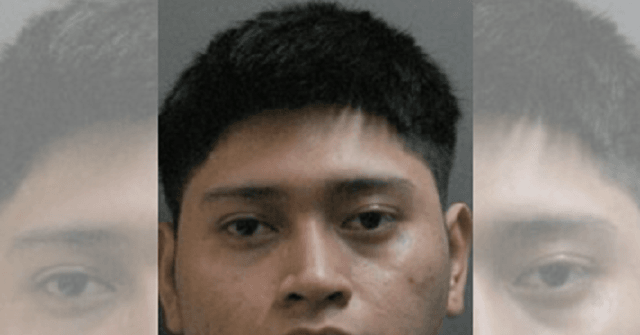 HOUSTON, Texas — A Texas jury rendered a sentence of life without parole to an MS-13 gang member convicted in the killing of a Houston-area teenager. The victim witnessed several gang-related murders before being lured to Missouri City, Texas, for his own execution.

A jury in Harris County, Texas, sentenced Douglas Alexander Herrera-Hernandez, an MS-13 gang member who illegally entered the United States in December 2014, to spend the rest of his life in prison without the possibility of parole for the murder of 16-year-old Estuar Quinonez. The victim suffered 15 gunshot wounds as he sat on a park bench in Buffalo Run Park on June 13, 2016, Fox 26 Houston reported.

U.S. Immigration and Customs Enforcement (ICE) Enforcement and Removal Operations (ERO) officials confirmed to Breitbart Texas that Herrera-Hernandez, aka “Terror,” entered the U.S. illegally as an Unaccompanied Alien Child (UAC) by crossing the Rio Grande in December 2014. Officials reported the migrant was 17 years old at the time he crossed the border.

Border Patrol agents released him under President Barack Obama’s catch and release policies with a “notice to appear” before an immigration court. A Houston immigration judge issued a final order of removal against Herrera-Hernandez after he failed to appear for his hearing.

Herrera-Hernandez fled from Texas and was later arrested by police in Virginia in late July 2017, Breitbart Texas reported. In addition to the murder of Quinones, the MS-13 gang member also allegedly shot and killed 26-year-old Kevin Alvarez in southeast Houston on July 9, 2017.

During the trial, prosecutors told the jury that Herrera-Hernandez got permission from MS-13 gang leaders in El Salvador to kill Quinonez, the local Fox affiliate reported. The now-convicted killer gathered several gang members to carry out the execution of the victim. Herrera-Hernandez and another gang member picked up Quinonez and brought him to the park where the gang members fired multiple gunshots including one to the head.

“We are trying to break the back of this organization by sending their assassins to prison for as long as possible and we will remain unrelenting in our pursuit of these criminals who band together to terrorize communities,” Harris County District Attorney Kim Ogg told reporters.