LAUGHABLE: Dems Try to Blame Trump for Nursing Home Deaths Instead of Their Culpable Governors 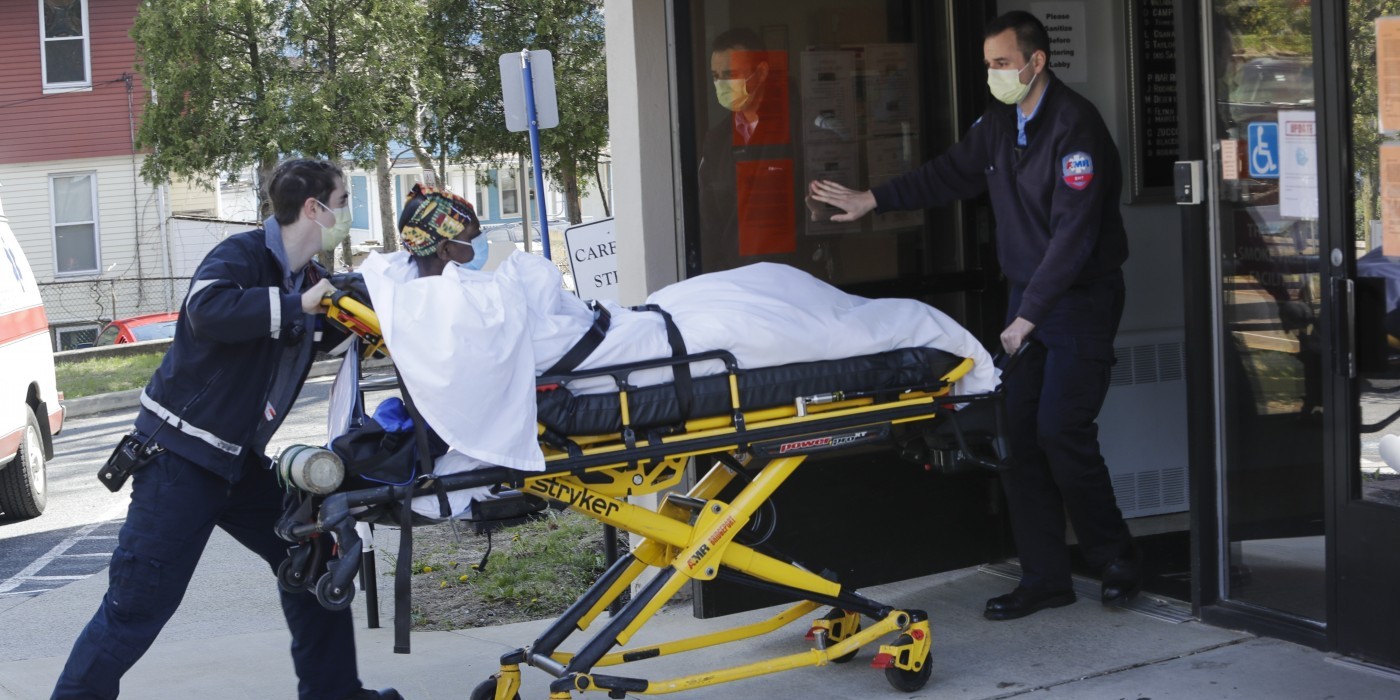 ‘I’m not saying that government can wave a magic wand…

‘I’m not saying that government can wave a magic wand and eliminate the threat, because the context of a nursing home is challenging…’

(Liberty Headlines) After several blue states forced seniors and other vulnerable residents who were not infected with the highly contagious coronavirus to share the same living space as those who were, several far-left senators sought to pass the buck by blaming President Donald Trump for the outrageous—and deadly—policy failure.

A report released Wednesday by Senate Democrats claimed a lack of coordination among government agencies hindered access to coronavirus testing and protective equipment, among other problems.

The most obvious solution would have been containment of the virus by quarantining those infected—much as governors like New York’s Andrew Cuomo and Michigan’s Gretchen Whitmer were demanding that the rest of the healthy population do amid draconian lock-down decrees.

However, the leftist leaders were determined to aid the spread as federal agencies rushed to help them stockpile the supplies they were so desperately short on due to their lack of planning and foresight.

.Likewise, reports have found that the Obama administration had depleted supplies from a national stockpile during earlier pandemics and had neglected to replenish them.

“Unfortunately for the nation, it is a chronicle of deadly delay, and a lack of urgency, and the lack of a strategy,” said Sen. Bob Casey of Pennsylvania, ranking Democrat on the Aging Committee.

The head of the Centers for Medicare and Medicaid Services, the lead federal agency on nursing homes, defended their response to the pandemic, which quickly and quietly spread in the US during late January and early February, as much of the nation’s attention was fixated on the partisan impeachment trial against Trump.

“The report is disingenuous,” said CMS chief Seema Verma. “I think the agency has had a historic and unprecedented response and should be commended for its efforts.”

Investigative agencies like the Government Accountability Office and the Health and Human Services inspector general are also focusing on nursing homes, which house a tiny share of the population but represent a large proportion of COVID deaths.

Even now, four months after the first nursing home outbreak was reported in Kirkland, Washington, there’s no consensus estimate of the extent of suffering and death.

Statistics reported by nursing homes to the federal government as of June 14 show nearly 30,800 residents have died, according to an Associated Press analysis of the government numbers.

The AP’s running tally shows that nationwide more than 55,000 residents and staff have died from coronavirus outbreaks at nursing homes and other long-term care facilities as well.

Either way, it’s a disproportionate share of the total of more than 127,000 deaths nationwide.

Cuomo has been particularly brazen in his efforts to deflect blame, even accusing front-line healthcare workers for having spread the disease in a recent statement. That is likely to have political repercussions as Democrats try to launch their specious attacks against the president’s response.

However, unlike the New York governor, Senate Democrats’ report, in its determination to pin all the blame on Trump, largely avoids criticism of the nursing home industry.

CMS has impaneled a 25-member commission to analyze what happened in nursing homes and make recommendations to better protect elderly and frail residents.

The report from Senate Democrats also includes some recommendations, among them promoting strategies that have worked to allow nursing homes to safely care for coronavirus patients, accelerating the ongoing shift to home- and community-based care, and raising the pay and status of nursing home staff.

“I’m not saying that government can wave a magic wand and eliminate the threat, because the context of a nursing home is challenging,” Casey said. But “there’s no excuse for having this many deaths under any circumstances.”