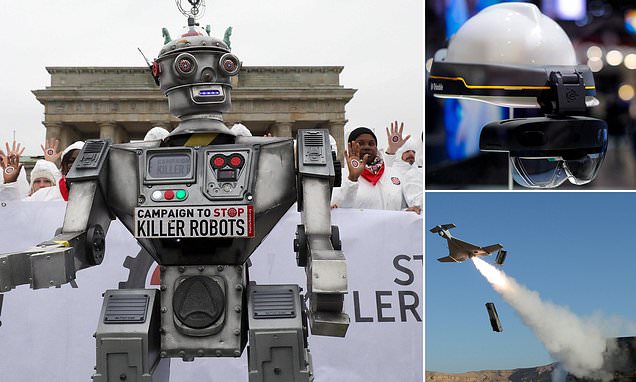 Government experts debated the use of lethal autonomous weapons at a meeting of the UN’s Convention on Certain Conventional Weapons in Geneva on Wednesday.

But Human Rights Watch claims their meetings on killer robots, since 2014, are ‘all talk, no action’ and that development of amoral lethal machines is soaring unfettered.

It claims that Russia, the US, Britain, Israel and Australia have refused to back calls for a new treaty designed to retain ‘some form of human control’ over killer robots.  READ MORE…