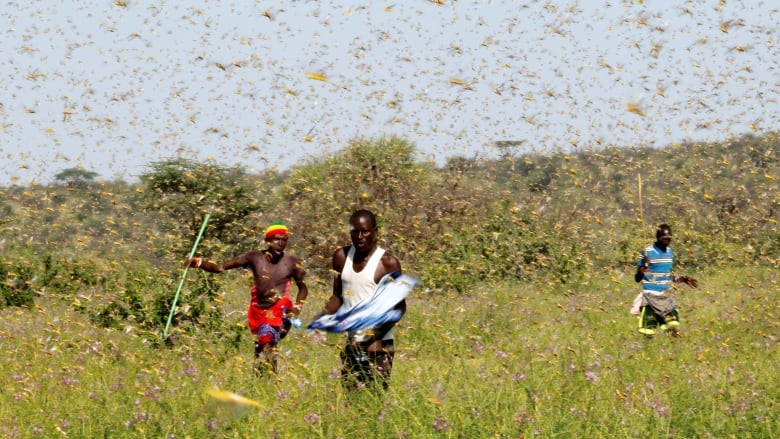 Men attempt to fend off a swarm of desert locusts flying over a grazing land in Samburu County, Kenya. (Njeri Mwangi/Reuters)

The locusts are so bad in some parts of Kenya that entire fields of crops are being devoured in as little as 30 seconds.

Moses Omondi, a program officer at Farm Radio, a charity that works with to bring information and news to farmers, says that in Kitui County, in eastern Kenya, there were no locusts this time last week. Now, entire farms have been destroyed.

Here’s part of his conversation with As It Happens host, Carol Off.

What stories are you hearing from farmers about what this locust infestation is doing to them?

Today one farmer [told me] all of his crops have already been consumed.

He is affected psychologically to the extent of telling me that, ‘If worst comes to worst, I can even commit suicide.’ The reason being, this is the source of his income. He’s been taking his kid to school using farm produce. He’s been paying bills using farm produce. So according to him, he [says], ‘Moses, if this continues — if the government is not coming to act — then I’m thinking of committing suicide.’

Most farmers are disturbed psychologically. Others are thinking that maybe it’s a curse from God. 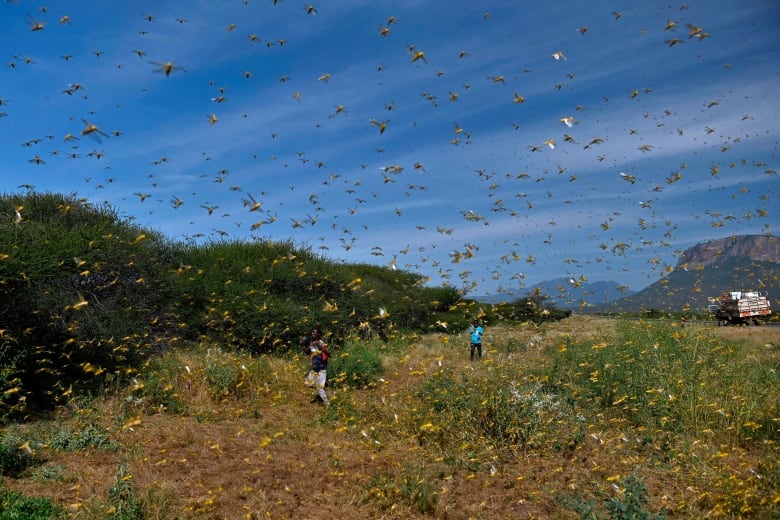 What are they trying to do … to see if they can scare these locusts away?

Currently what most farmers are doing is … drumming.

Published in Agricultural and World News