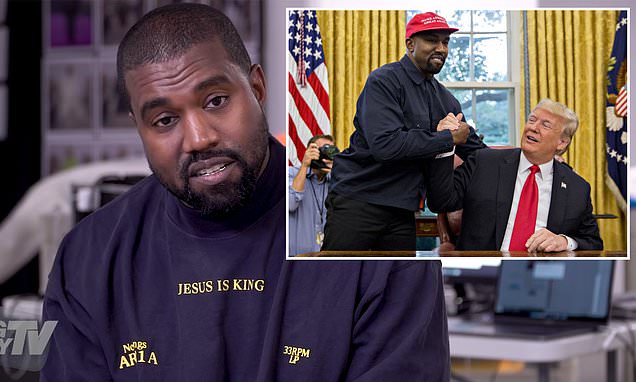 The controversial rapper, 42, made the declaration in an explosive interview with radio host Big…

Kanye West claims black Americans have been ‘brainwashed’ into voting for  the Democratic Party despite the fact the party promotes policies that are harmful to them.

The controversial rapper, 42, made the declaration in an explosive interview with radio host Big Boy on Friday while promoting his new Christian-themed album, Jesus Is King.

In the 2016 Presidential Election, 88% of black Americans voted Democrat, while only 8% of that same demographic voted Republican.