Justice Dept. Is Said to Open Criminal Inquiry Into Its Own Russia Investigation 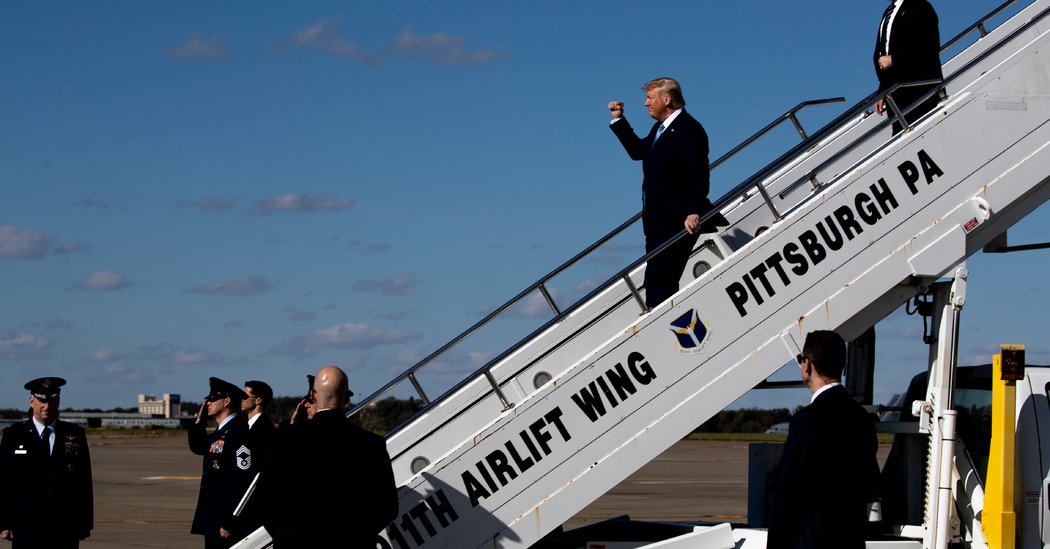 Justice Dept. Is Said to Open Criminal Inquiry Into Its Own Russia Investigation

The move is likely to open the attorney general to…

WASHINGTON — For more than two years, President Trump has repeatedly attacked the Russia investigation, portraying it as a hoax and illegal even months after the special counsel closed it. Now, Mr. Trump’s own Justice Department has opened a criminal investigation into how it all began.

Justice Department officials have shifted an administrative review of the Russia investigation closely overseen by Attorney General William P. Barr to a criminal inquiry, according to two people familiar with the matter. The move gives the prosecutor running it, John H. Durham, the power to subpoena for witness testimony and documents, to impanel a grand jury and to file criminal charges.

The opening of a criminal investigation is likely to raise alarms that Mr. Trump is using the Justice Department to go after his perceived enemies. Mr. Trump fired James B. Comey, the F.B.I. director under whose watch agents opened the Russia inquiry, and has long assailed other top former law enforcement and intelligence officials as partisans who sought to block his election.

Mr. Trump has made clear that he sees the typically independent Justice Department as a tool to be wielded against his political enemies. That view factors into the impeachment investigation against him, as does his long obsession with the origins of the Russia inquiry. House Democrats are examining in part whether his pressure on Ukraine to open investigations into theories about the 2016 election constituted an abuse of power.

The move also creates an unusual situation in which the Justice Department is conducting a criminal investigation into itself.

Mr. Barr’s reliance on Mr. Durham, a widely respected and veteran prosecutor who has investigated C.I.A. torture and broken up Mafia rings, could help insulate the attorney general from accusations that he is doing the president’s bidding and putting politics above justice.

It was not clear what potential crime Mr. Durham is investigating, nor when the criminal investigation was prompted. A Justice Department spokeswoman declined to comment.

Mr. Trump is certain to see the criminal investigation as a vindication of the years he and his allies have spent trying to discredit the Russia investigation. In May, Mr. Trump told the Fox News host Sean Hannity that the F.B.I. officials who opened the case — a counterintelligence investigation into whether his campaign conspired with Moscow’s election sabotage — had committed treason.

“We can never allow these treasonous acts to happen to another president,” Mr. Trump said. He has called the F.B.I. investigation one of the biggest political scandals in United States history.

Federal investigators need only a “reasonable indication” that a crime has been committed to open an investigation, a much lower standard than the probable cause required to obtain search warrants. However, “there must be an objective, factual basis for initiating the investigation; a mere hunch is insufficient,” according to Justice Department guidelines.

When Mr. Barr appointed Mr. Durham, the United States attorney in Connecticut, to lead the review, he had only the power to voluntarily question people and examine government files.

Mr. Barr expressed skepticism of the Russia investigation even before joining the Trump administration. Weeks after being sworn in this year, he said he intended to scrutinize how it started and used the term “spying” to describe investigators’ surveillance of Trump campaign advisers. But he has been careful to say he wants to determine whether investigators acted lawfully.

Mr. Barr began the administrative review of the Russia investigation in May, saying that he had conversations with intelligence and law enforcement officials that led him to believe that the F.B.I. acted improperly, if not unlawfully.

The F.B.I. opened the investigation in late July 2016, code-named Crossfire Hurricane, after receiving information from the Australian government that a Trump campaign adviser had been approached with an offer of stolen emails that could damage Hillary Clinton’s campaign.

F.B.I. agents discovered the offer shortly after stolen Democratic emails were released, and the events, along with ties between other Trump advisers and Russia, set off fears that the Trump campaign was conspiring with Russia’s interference.

The F.B.I. did not use information from the C.I.A. in opening the Russia investigation, former American officials said. But agents’ views on Russia’s election interference operation crystallized by mid-August, after the C.I.A. director at the time, John O. Brennan, shared intelligence with Mr. Comey about it.

The C.I.A. did contribute heavily to the intelligence community’s assessment in early 2017 that Russia interfered in the 2016 election and tried to tip it in Mr. Trump’s favor, and law enforcement officials later used those findings to bolster their application for a wiretap on a Trump campaign adviser, Carter Page.

The special counsel who took over the Russia investigation in 2017, Robert S. Mueller III, secured convictions or guilty pleas from a handful of Trump associates and indictments of more than two dozen Russians on charges related to their wide-ranging interference scheme.

In his report, Mr. Mueller said that he had “insufficient evidence” to determine whether Mr. Trump or his aides engaged in a criminal conspiracy with the Russians but that the campaign welcomed the sabotage and expected to benefit from it.

Mr. Barr is closely managing the Durham investigation, even traveling to Italy to seek help from officials there to run down an unfounded conspiracy that is at the heart of conservatives’ attacks on the Russia investigation — that the Italian government helped set up the Trump campaign adviser who was told in 2016 that the Russians had damaging information that could hurt Clinton’s campaign.

Revelations so far about Mr. Durham’s investigation have shown that he has focused in his first months on the accusations that Mr. Trump’s conservative allies have made about the origins of the Russia inquiry in their efforts to undermine it. Mr. Durham’s efforts have prompted criticism that he and Mr. Barr are trying to deliver the president a political victory, though investigators would typically run down all aspects of a case to complete a review of it.

In interviewing more than two dozen former and current F.B.I. and intelligence officials, Mr. Durham’s investigators have asked about any anti-Trump bias among officials who worked on the Russia investigation and about one aspect of the investigation that was at the heart of highly contentious allegations that they abused their powers: the secret application seeking a court order for a wiretap on Mr. Page.

Law enforcement officials suspected Mr. Page was the target of recruitment by the Russian government, which he has denied.

Mr. Durham has also asked whether C.I.A. officials might have somehow tricked the F.B.I. into opening the Russia investigation.

Mr. Durham has indicated he wants to interview former officials who ran the C.I.A. in 2016 but has yet to question either Mr. Brennan or James R. Clapper Jr., the former director of national intelligence. Mr. Trump has repeatedly attacked them as part of a vast conspiracy by the so-called deep state to stop him from winning the presidency.

Some C.I.A. officials have retained criminal lawyers in anticipation of being interviewed. It was not clear whether Mr. Durham was scrutinizing other former top intelligence officials. Adm. Michael S. Rogers, the former director of the National Security Agency, declined to say whether he had spoken with Mr. Durham’s investigators.

Mr. Durham also has yet to question many of the former F.B.I. officials involved in opening the Russia investigation.

As Mr. Durham’s investigation moves forward, the Justice Department inspector general is wrapping up his own inquiry into aspects of the F.B.I.’s conduct in the early days of the Russia investigation. Among other things, the inspector general, Michael E. Horowitz, is scrutinizing the application for a warrant to wiretap Mr. Page.

Mr. Barr has not said whether Mr. Durham’s investigation grew out of the inspector general’s findings or something that prosecutors unearthed while doing interviews or reviewing documents. But the inspector general’s findings, which are expected to be made public in coming weeks, could contribute to the public’s understanding of why Mr. Durham might want to investigate national security officials’ activities in 2016.

Though the inspector general’s report deals with sensitive information, Mr. Horowitz anticipates that little of it will be blacked out when he releases the document publicly, he wrote in a letter sent to lawmakers on Thursday and obtained by The New York Times.

Mr. Durham has delved before into the secret world of intelligence gathering during the Bush and Obama administrations. He was asked in 2008 to investigate why the C.I.A. destroyed tapes depicting detainees being tortured. The next year, Attorney General Eric H. Holder Jr. appointed Mr. Durham to spearhead an investigation into the C.IA. abuses.

Career prosecutors had already examined many of the same cases and declined to bring charges, and in an echo of the Russia investigation, they fumed that Mr. Holder was revisiting the issue. Representative Peter Hoekstra of Michigan, then the top Republican on the House Intelligence Committee, said that the abuses had been “exhaustively reviewed” and that a new inquiry could put national security at risk.