John Kerry to Workers Whose Jobs Were Killed by Biden: You Can Go Make Solar Panels 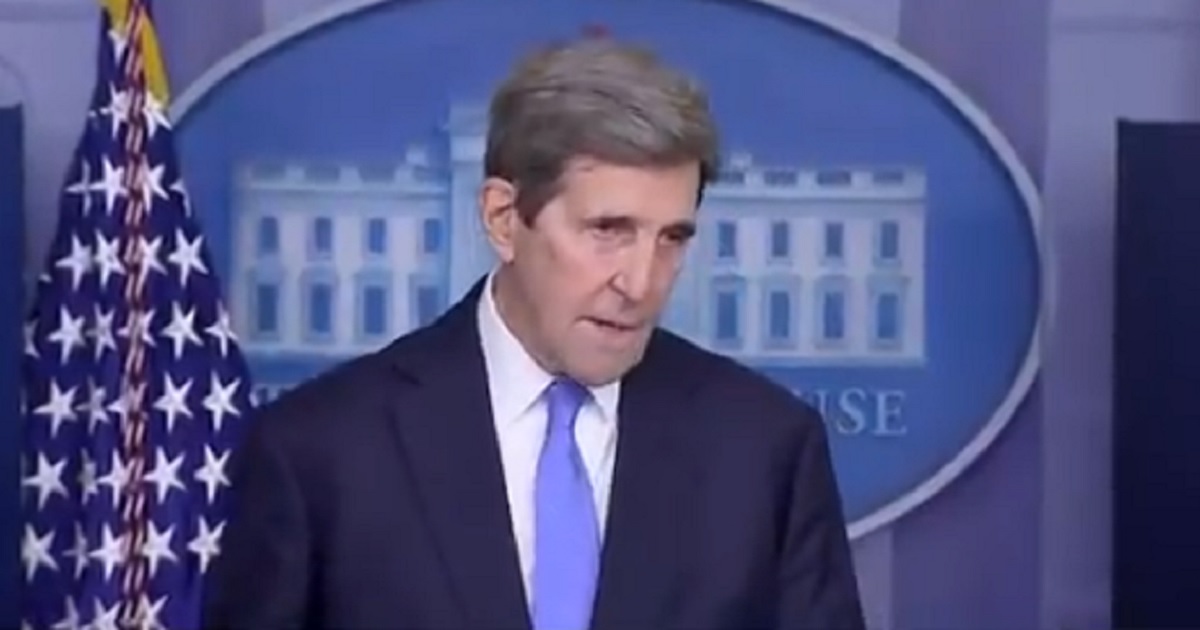 John Kerry to Workers Whose Jobs Were Killed by Biden: You Can Go Make Solar Panels

At a news briefing Wednesday, John Kerry, the former secretary of state who now serves as the special presidential envoy for climate, made inflammatory comments regarding jobs in the energy sector.

When asked about the job loss after the Keystone XL Pipeline permit was revoked by President Joe Biden’s executive order last week, Kerry dismissed the concerns.

“What President Biden wants to do is make sure that those folks have better choices, that they have alternatives, that they can be the people who go to work to make the solar panels,” Kerry said.

“They were making them here at home. That is going to be a particular focus of the ‘Build Back Better’ agenda, and I think that, unfortunately, workers have been fed a false narrative, no surprise, for the past few years.

“They’ve been fed the notion somehow that dealing with climate is going at their expense. No, it’s not.”

John Kerry is asked what his message would be to oil and gas workers who "see an end to their livelihoods":

"What President Biden wants to do is make sure that those folks have better choices… That they can be the people to go to work to make the solar panels." pic.twitter.com/i9TYXlD9Jg

The condescending comments were blasted by Arkansas Republican Sen. Tom Cotton, who said that Kerry has “the carbon footprint of a small nation.”

“John Kerry—who flies in private jets, owned a 76-foot yacht and several mansions—has the carbon footprint of a small nation. Yet he tells energy workers to ‘make solar panels’ when the Biden administration kills their jobs,” Cotton wrote in a Twitter post.

John Kerry—who flies in private jets, owned a 76-foot yacht and several mansions—has the carbon footprint of a small nation.

Yet he tells energy workers to "make solar panels" when the Biden administration kills their jobs. pic.twitter.com/QhK2FVykxU

An important part of convincing Americans to support government liberal obsession with “green” energy ideas is having a specific plan in place for the jobs that would be lost in switching away from fossil fuels.

The dramatic move to cancel the Keystone pipeline is resulting in the loss of union jobs (unions that backed Biden), and there was no clear alternative for those workers.

#Pipeline construction has been a lifeline for many #LIUNA members across the country. The anticipated decision to cancel the #KeystonePipeline will kill thousands of good-paying #UNION jobs! #pipelinesarelifelines #energy pic.twitter.com/p0BxD1vPHV

Kerry brushing the problem off by saying that these workers can simply get jobs in renewable energy shows that the economic questions about climate action by the Biden administration haven’t been taken seriously.

When talking about laid-off workers, we are talking about individuals’ lives and livelihoods, and that is something to take seriously. But at the news conference, Biden talked glibly about a new job as a “solar power technician.”

Considering the Keystone workers had jobs in North and South Dakota or Wisconsin — states not exactly known for their sunshine — Kerry seems to think nothing of asking workers and their families to move halfway across the country, say to the American Southwest, to replace a job the government killed.

Asking them and their families to upend their lives and possibly move is a ridiculous and sometimes impossible answer.

The move wasn’t popular north of the border either, as the premier of Canada’s Alberta province was furious with Biden’s decision, and even the liberal government of Canadian Prime Minister Justin Trudeau wasn’t happy.

Justin Trudeau expressed his "disappointment" with Biden's executive order to rescind permits for the Keystone XL pipeline, in a readout of the president's first official call with a foreign leader.https://t.co/jHcbvfB1GX

Before the Biden administration decides to kill any more jobs, it needs to have a backup plan in place for those affected.

Telling workers who just lost a good-paying job they can go make solar panels isn’t exactly the answer Americans are looking for.