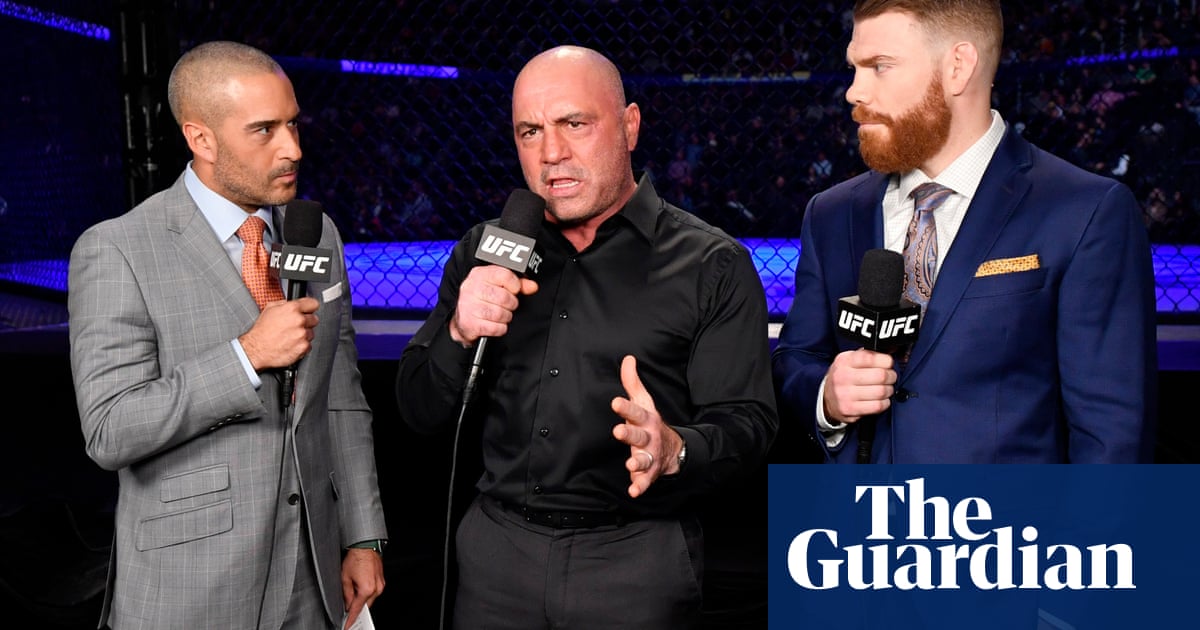 Podcast host says former vice-president, 77, is too old despite…

Podcast host says former vice-president, 77, is too old despite having endorsed Sanders, 78, for the Democratic nomination

The podcast host Joe Rogan has said he will vote for Donald Trump over Joe Biden in the presidential election, should the former vice-president be the Democratic nominee.

The comic was speaking on Friday’s edition of his podcast, The Joe Rogan Experience, which regularly tops the iTunes chart for downloads. Rogan has nearly 6m Twitter followers, regularly appears on television as a commentator on mixed martial arts, and is seen as an influential voice with young and blue-collar male voters.

During a conversation with guest Eric Weinstein, managing director of Thiel Capital, talk turned to the election. Weinstein, who works for the Trump-supporting tech mogul Peter Thiel, said he would not vote for Trump or Biden, the probable challenger in November.

Rogan, who has endorsed Bernie Sanders, said the party had made “morons” out of voters by appearing to favour Biden.

“I’d rather vote for Trump than [Biden],” said Rogan. “I don’t think [Biden] can handle anything. You’re relying entirely on his cabinet. If you want to talk about an individual leader who can communicate, he can’t do that. And we don’t know what the fuck he’ll be like after a year in office.

“The pressure of being president of the United States is something that no one has ever prepared for. The only one who seems to be fine with it is Trump, oddly enough.”

Biden will be 78 in November. Describing the former US senator as “very old”, Rogan said Biden’s famous verbal slip-ups were “not a normal way to communicate unless he’s high”.

Sanders, who took an early lead in the delegate race before losing a string of contests to Biden, is a year older than the former VP.

Sanders has “been insanely consistent his entire life”, Rogan said in January, unveiling his endorsement of the independent Vermont senator, a self-described democratic socialist.

“He’s basically been saying the same thing, been for the same thing for his whole life. And that in and of itself is a very powerful structure to operate from.”

Rogan has made many controversial statements. In January the president of the Human Rights Campaign said then Sanders should reconsider accepting Rogan’s endorsement, because the podcaster had “attacked transgender people, gay men, women, people of colour and countless marginalised groups at every opportunity”.

A Sanders spokeswoman said: “Sharing a big tent requires including those who do not share every one of our beliefs, while always making clear that we will never compromise our values.”