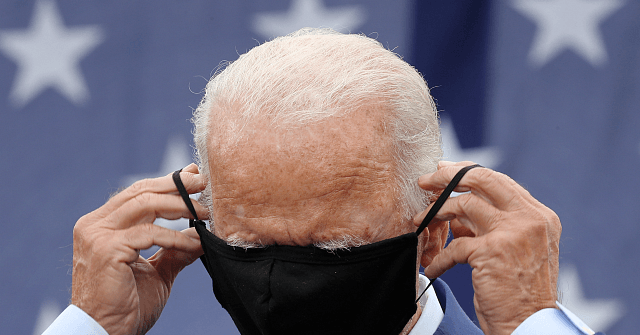 President Joe Biden clarified Tuesday that he expected the delivery of enough vaccine doses for 300 million Americans by early fall.

On Monday, Biden told a reporter that enough vaccines would be available for every American who wanted one in the spring.

“I think it’ll be this spring. I think we’ll be able to do that this spring,” Biden said in response to a question.

The president acknowledged that credit was due to former President Donald Trump’s administration for speeding up the development of the vaccine, but claimed that the distribution plans for the vaccine fell short.

“It’s also no secret that we have recently discovered in the final days of the administration, and it wasn’t until the final days that we got the cooperation we needed, that once we arrived, the vaccine program was in worse shape than we anticipated, than we expected,” Biden said.

Biden said that he expected to announce soon the purchase of 100 million additional doses of both the Pfizer and Moderna vaccine to make sure that there were enough vaccines available for all Americans by the late summer and early fall.

“This is an aggregate plan that doesn’t leave anything on the table or anything to chance as we’ve seen happen in the past year,” Biden said.
He vowed that “God-willing” he would have a “three-week forecast” of how many vaccines the states would get in the coming weeks, making it easier for governors to plan the distribution.

“The end goal is to beat COVID-19,” Biden said, noting that he would still work to meet or exceed his goal of delivering 100 million shots in 100 days.

Published in Biden, Coronavirus, Health News and US News