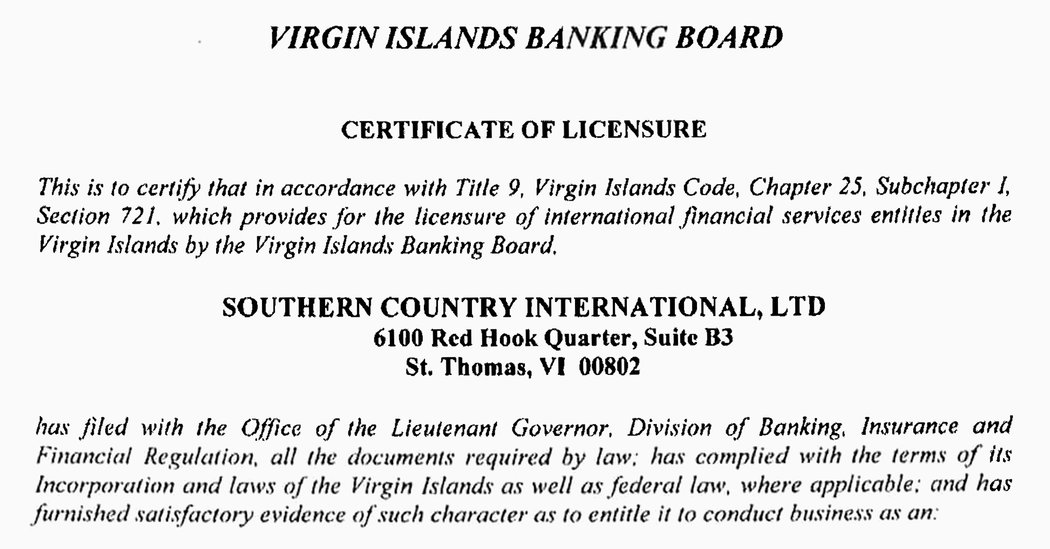 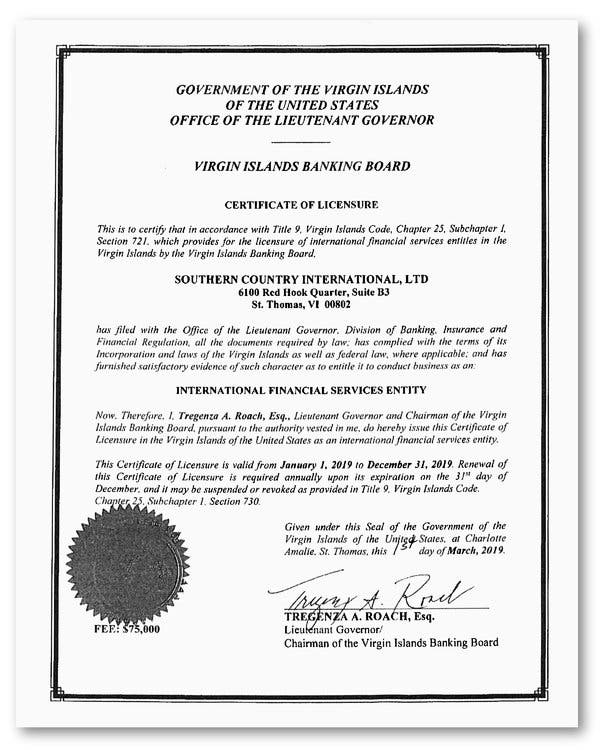 In the years after Jeffrey Epstein registered as a sex offender, he closed his money management firm and started a business to develop algorithms and mine DNA and financial databases.

Then he set up a bank.

In a banking license application reviewed by The New York Times, Mr. Epstein described himself as one of the investing world’s “pioneers” and said he wanted to pursue the “dynamic discipline of international banking.”

Officials in the Virgin Islands, the United States territory where Mr. Epstein set up most of his businesses, approved a license for him in 2014 to run one of the territory’s first international banking entities, a specialized bank that can do business only with offshore clients. The approval was unusual, given Mr. Epstein’s status as a convicted sex offender.

The bank, Southern Country International, renewed its license for each of the next five years, but it’s unclear whether it conducted any business or had any customers. Mr. Epstein, who died while in federal custody last summer following his arrest on sex trafficking charges, does not appear to have done any marketing for the bank or hired much staff.

The bank was created under a territorial law that lacked many of the oversight requirements banks are usually subject to, and its regulatory file is largely empty. A lawyer for Mr. Epstein told officials in the Virgin Islands in 2018 that Southern Country had not commenced operations. And regulators in the territory said they did not exercise oversight of the bank because it did not appear to be doing any business.

And yet, after Mr. Epstein’s death, his estate transferred more than $12 million to Southern Country, according to court documents.

Published in Crime, Financial News, Jeffery Epstein and US News