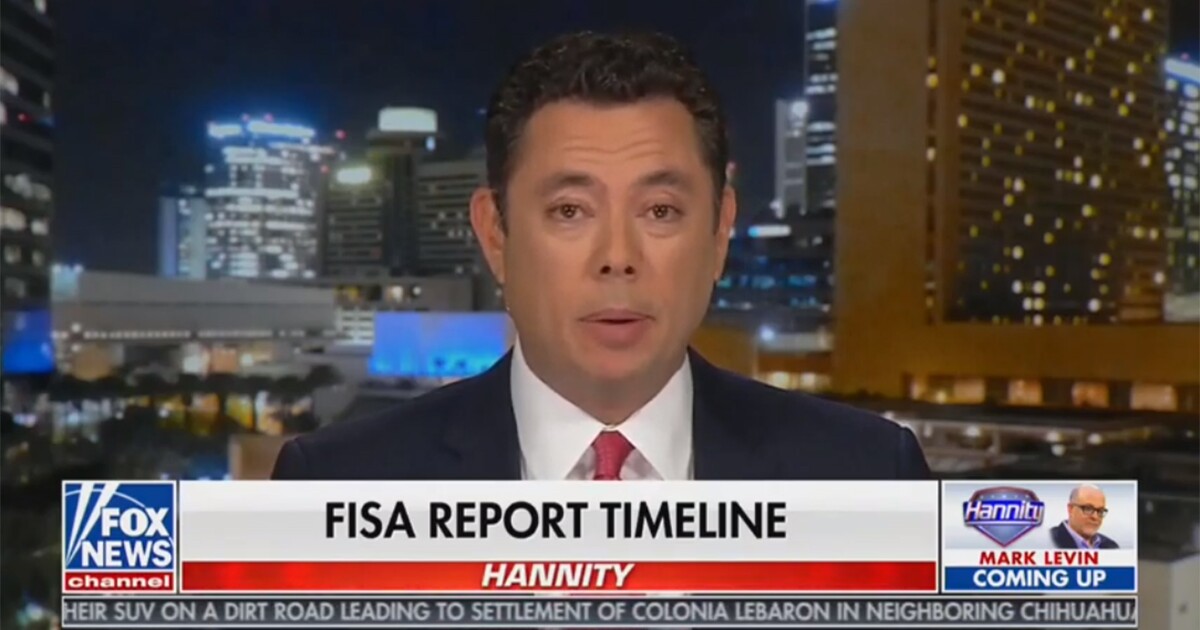 After Fox News host Sean Hannity expressed his mounting frustration with the repeated holdups, Chaffetz suggested the most recent delay may be tied to U.S. Attorney John Durham, who as of last month is conducting a criminal investigation into the origins of the Russia investigation.

“I don’t think it has anything to do with Horowitz delaying it,” said Chaffetz, who is a Fox News contributor, on the network this week. “I think it’s the fact that Durham actually is moving forward on some prosecution.”

He did not get into specifics, but Chaffetz stated he has spoken to “enough people” to glean when the public can expect to see the report.

“I think it’s actually going to happen before Thanksgiving,” he said.

It was reported Wednesday that a public copy is expected to be released around Thanksgiving or later. Horowitz provided an update to Congress on Oct. 24, saying a classification review by the Justice Department and FBI was “nearing completion.”

Chaffetz also said he anticipates the report to be “devastating,” echoing the expectations of Republican South Carolina Sen. Lindsey Graham, and named certain officials from the Obama administration who are speaking out ahead of its release.

“I learned a long time ago from inspectors general, when the subjects of the investigation start squealing before it’s published, you know that it’s going to be devastating,” Chaffetz said. He listed former CIA Director John Brennan, former Director of National Intelligence James Clapper, former FBI Director James Comey, and former FBI Deputy Director Andrew McCabe as being those people who are “squealing the most.”

Published in Crime, FISA, Political News and US News