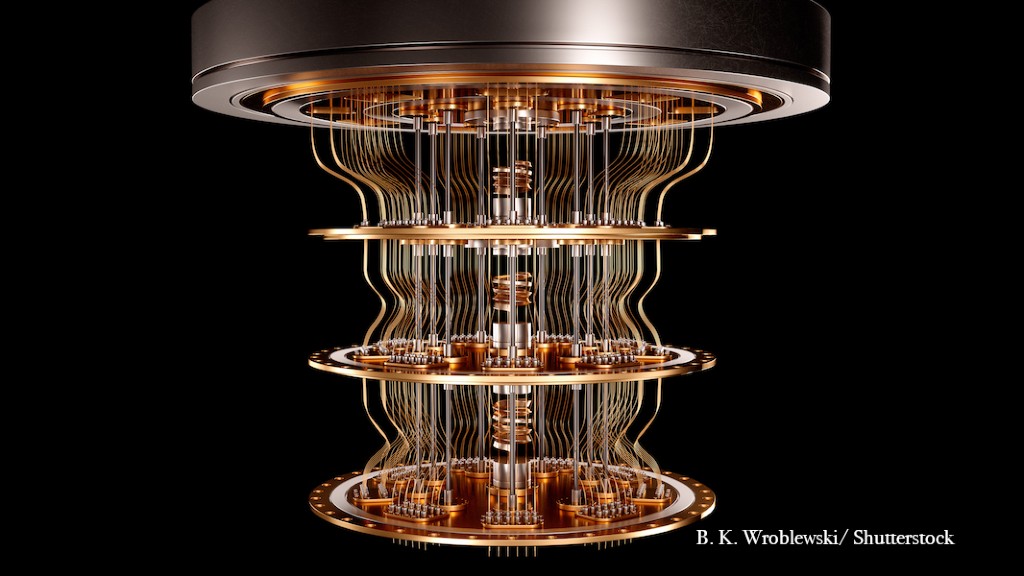 The government wants to make quantum technologies a national priority. The field leaders hope that…

For the last couple of years, the quantum technology race has been between China and the United States. In October 2019, the California-based Google Quantum AI Lab was first in claiming ‘quantum advantage’ — the proof that a computing device based on the laws of quantum mechanics does things that a classical computer could never do. The company announced that a microprocessor based on super-conducting materials with 53 qubits (the unit of quantum information, capable of storing exponentially more information than normal bits) had taken 3 minutes to perform a calculation that would have taken 10,000 years on the most powerful supercomputer1. In December 2020, a group led by Jian-Wei Pan at the University of Science and Technology of China in Hefei responded with a more impressive result, using beams of laser light to nail a computation that would have been plainly impossible with traditional microchips2.

But according to Francesco Cataliotti, a physicist at Università di Florence and director of the National Institute of Optics at the National Research Council (CNR), the race is very much open. “We are still very far from having a universal quantum computer” he says, “and Italy can still play a role, if there is political will”.

The Italian government has indeed signaled that it wants to make quantum technologies (which include computation as well as communication, cryptography and simulation) a research priority in the next few years. “They are such innovative and transversal technologies, with applications on sectors from health to environment to cybersecurity and telecommunications, that it would be unthinkable not to put them front and centre for the next few years,” says Italy’s research minister, Maria Cristina Messa. “All advanced countries that do not secure direct access to quantum technologies will face risks.”

The National Research Program (PNR) 2021 – 2027, a document by the research ministry that Cataliotti helped drafting, states that these technologies “have a high investment priority”, and they are mentioned as “key strategic innovations” in the draft of the PNRR (Piano Nazionale di Ripresa e Resilienza) that describes the use of the European Union’s recovery fund.

It is a big change for a field that, only a couple of decades ago, was little more than a niche physics subject. “It was considered a sort of a philosophical field, and no supervisor suggested students to go in that direction” says Tommaso Calarco, a professor at the University of Cologne, and director at the Peter Grünberg Institute in Jülich. Quantum specialists in Italy welcome this new attention, but hope that it will translate into sufficient funds, and strategic focus, to keep up with the international competition.

Quantum technology is indeed an umbrella term for several research areas, that exploit different aspects of quantum mechanics, such as the possibility for atoms or particles to occupy more ‘superposed’ states at once, or to be ‘entangled’ to the point that measuring one affects the other even at great distances, to solve problems. Italy has top-class scientists in many areas, but among different research centres, institutions and approaches.

When it comes to computing, for example, some are manipulating photons – the particles of electromagnetic radiation – to encode information. Fabio Sciarrino, a professor at Università La Sapienza in Rome, uses a technique similar to the one used by Jian-Wei Pan in China. His ambition is to create a device that is more easily programmable than the Chinese one, and can be used for more tasks. Others work on superconductive materials, like Francesco Tafuri at the Università Federico II in Naples, who aims at building a scalable quantum computing hardware with the same approach adopted by Google and IBM. The Università di Padova has recently started a Quantum Technologies Research Center which aims at creating a computing platform based on trapped ions. This approach, competing with both superconductive materials and photonics, has been researched for decades and was viewed as the best route to quantum computing, before the unexpected rise of Google’s and China’s efforts.

The new centre in Padova will also strengthen research on communication, the second major area where quantum technologies could make a difference. Its lead, Paolo Villoresi, gave pioneering contributions to space-to-Earth quantum communications. In 2015 his team was able to encode qubits in the polarization of photons and send them to five satellites that bounced the light back to the Laser Ranging Observatory of the Italian Space Agency in Matera3.

Using satellites was a breakthrough, but quantum communication is more typically based on optical-fiber technology. Thanks to a project that started in 2013 and coordinated by the Istituto Nazionale di Ricerca Metrologica in Turin, Italy has the second longest quantum-ready communication infrastructure in the world, the Italian Quantum Backbone (IQB) that runs for 1,850 km from Turin to Matera. Only China has a longer infrastructure. The PNR includes plans to complete the backbone by reaching Sicily and Malta to the South, and to upgrade it. Quantum communications now run for only 80-100 km along the backbone, before being switched to classical mode and then switched again to quantum status. New repeaters will soon allow a continuous quantum communication. The end goal is to connect to the European Quantum Communication Infrastructure (EQCI) which should result from the Quantum Flagship – the European initiative on quantum technologies, funded in 2018 with more than €1 billion over 10 years. It will exploit both optical-fibre and satellite infrastructures and will lay the foundation for a future quantum-based internet. “The European design was inspired by the Italian network” says Cataliotti.

Beside computing and communications, the European flagship funds research on simulation (the use of simple quantum systems to understand more complex systems, for example when designing new chemicals), as well as sensing and metrology (where quantum systems can increase performances of medical diagnostics and imaging devices), and Italian researchers are involved in several projects in both fields. “Italy performed over-proportionally well in the Quantum Flagship” says Calarco, one of the leaders of the European initiative, “much better than what one would expect if you look at how Italian research funding has been shrinking over the past decades”.

And international partnerships go beyond Europe. The Italian National Institute for Nuclear Physics (INFN) is the only non-American partner of a quantum technology project funded by the US Department of Energy. The Superconducting Quantum Materials and Systems Center at the FermiLab in Chicago, directed by Italian physicist Anna Grassellino, aims at developing a computer based on superconducting radio frequency devices. Measures, tests and validation of quantum devices will be performed at the Gran Sasso National Laboratories, which is shielded from environmental radioactivity. The INFN will also use quantum sensors for dark matter revelation experiments.

With such a diverse community, many scientists in the field feel the need for a research institution to coordinate efforts. “Quantum hardware development is not something a single research center can do alone” notes Anna Grassellino, who in the US coordinates a 20-partners project. Research Minister Maria Cristina Messa agrees. “We need to create the right conditions so that each part of the complex mechanism around these technologies does its part and works with the others”.

But involving the private sector has been difficult so far. “In Italy there is no strong commitment from the industry yet, unlike in Germany” says Calarco, who hopes the PNRR will bring more resources for technology transfer, such as PhD programmes in collaboration with companies.

A lot will depend on how much the government will put on the table. The current draft of the PNRR mentions investing €1.6 billion for 7 new research structures on “key enabling technologies”, including a ‘Quantum Computing and Simulation Hub’ – but it is not clear yet how much money would go that structure specifically.

“To have a competitive quantum ecosystem, I would imagine an investment of around € 1 billion in ten years,” says Sciarrino. Simone Montangero, vice head of the Padova quantum center, agrees with the estimate. “One day there will be countries with in-home quantum technologies and countries without” concludes Tafuri. “Only those who take steps today will still be here in five years”.