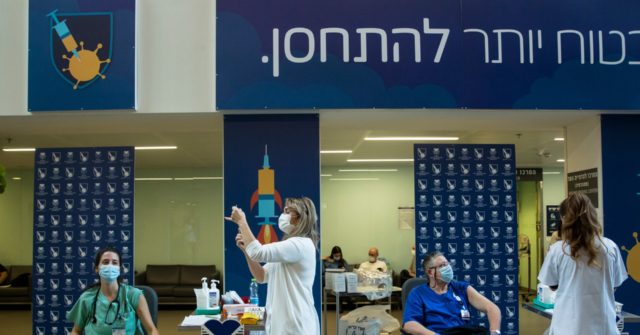 Israel is planning to expand its turbo-speed vaccination drive to children, pending approval by the U.S.…

Earlier this month, Pfizer said its COVID-19 vaccine was safe and effective and produced robust antibody responses in 12 to 15-year-olds. Around that time, Israel’s Health Ministry released a statement saying that it was awaiting regulatory approval to confirm that the vaccine is “effective and safe for children.”

Pfizer’s coronavirus vaccine is already authorized for use in teenagers starting at age 16.

Some 600,000 Israeli children between the ages of 12 and 15 would be eligible for inoculation.

Netanyahu also confirmed that Israel would purchase another 16 million doses from Pfizer and Moderna.

“We are preparing for another vaccination campaign in six months’ time,” he said.

“Get your shoulders ready and your muscles, if you want, and also the kids, because we estimate there will be approved vaccines by then, for children,” he added.

According to the Reuters news agency, vaccinating children is considered a critical step toward reaching herd immunity. In January, the country expanded inoculations to 16- to 18-year-olds.

The positive virus test rate over the weekend stood at 0.8 percent, less than half than the rate a month ago.

More than 81 percent of Israel’s population aged 16 and over had received the Pfizer vaccine.

In another step on the path back to normality, Israel this week ditched the requirement to wear masks outdoors.

The coronavirus czar Nachman Asch said that if rates continue to decline, the economy would reopen in its entirety next month.