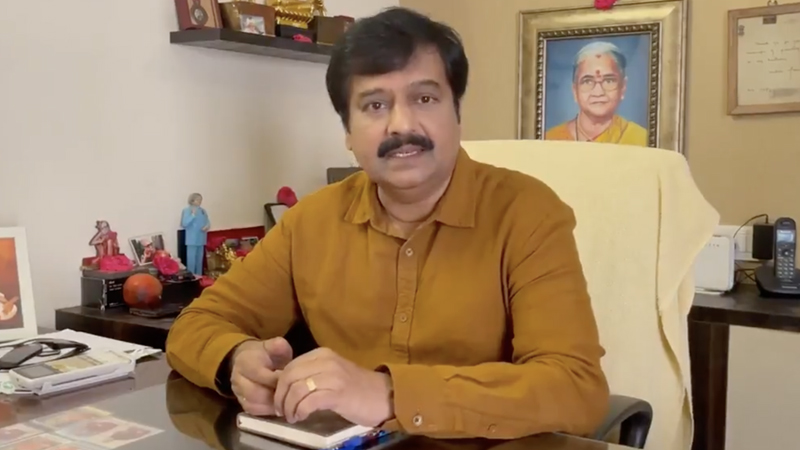 "I want to put an end to all the rumors. I want to show people…

“I want to put an end to all the rumors. I want to show people that there is no danger in getting vaccinated. On the contrary, it will protect us,” said Vivekh day before passing.

Many in India are outraged after the country’s public health ambassador died suddenly only a day after receiving the COVID-19 vaccination, according to reports.

Popular actor and comedian Vivekh, who also served as India’s public health ambassador to promote vaccination, took the COVID-19 vaccine COVAXIN last week at the Tamil Nadu Government Multi Super Speciality Hospital in Chennai, urging many others to also get the jab.

Outrage in people after well known Indian actor and the Tamilnadu state’s ambassador for creating public health messages passed away a day after he received the #COVID19 vaccine.

“The government hospitals provide healthcare services to the majority of poor people. Many have doubts about vaccination and its side effects. There are also several rumours doing the rounds,” Vivekh told the media after receiving his first COVID0-19 shot.

“I want to put an end to all the rumors. I want to show people that there is no danger in getting vaccinated. On the contrary, it will protect us. And it is not like this vaccination will completely prevent us from getting Covid-19 infection. After the vaccination, even if we catch the virus, there won’t be death. So after vaccination, we should still follow the safety guidelines.”

Take part in the ultimate win-win deals on the web by checking out our store now!

“His vaccination was at a public event with TV channels carrying photographs of him taking the shot. As the cardiac arrest happened less than 24 hours after the inoculation, there were questions raised whether he died due to the side-effects of the vaccine,” GreatGameIndia reported last week.

“Authorities however have said that his death is not linked to the vaccine,” the report continued.

“The hospital said that he suffered an acute coronary syndrome with cardiogenic shock. There was 100 per cent blockage in a vessel and his cardiac arrest may not be due to the vaccination.”

This comes amid India’s investigation into the Astra-Zeneca and COVAXIN vaccines over reports of blood clots.

“We are looking at side-effects of blood clots that have been seen in people who received Covishield and Covaxin, even if it was a mild case,” a source reportedly told the media.

Alex Jones breaks down the words of French official Jacques Attali’s call for a depopulating the earth through a pandemic treatment back in the 1980s.