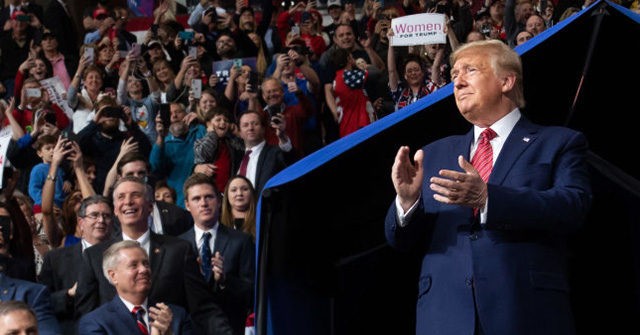 In Michigan Primary, Trump Earns Three Times the Votes of Obama in 2012

Trump did not have a serious primary challenger in Michigan,…

President Donald Trump did not have a serious 2020 presidential primary challenger in Michigan on Tuesday, but Republicans came out in force to vote for their president anyway.

Trump earned 639,143 votes for president on Tuesday from Republicans according to data from the Associated Press (100 percent of precincts reporting).

That is more than three times the amount that former President Barack Obama received in his Michigan incumbent presidential primary in 2012.

Obama received 174,054 votes from Democrats in his largely uncontested Michigan primary in 2012, according to the state election results.

“The energy and enthusiasm behind Donald Trump is unmatched,” wrote Trump Campaign Communications Director Tim Murtaugh on Wednesday. “Supporters have been eager to get engaged in the electoral process which will end in a Trump victory in November.”