In Joke Sure To Delight Conservatives, Schiff Indicates Move to Canada May Be in Future 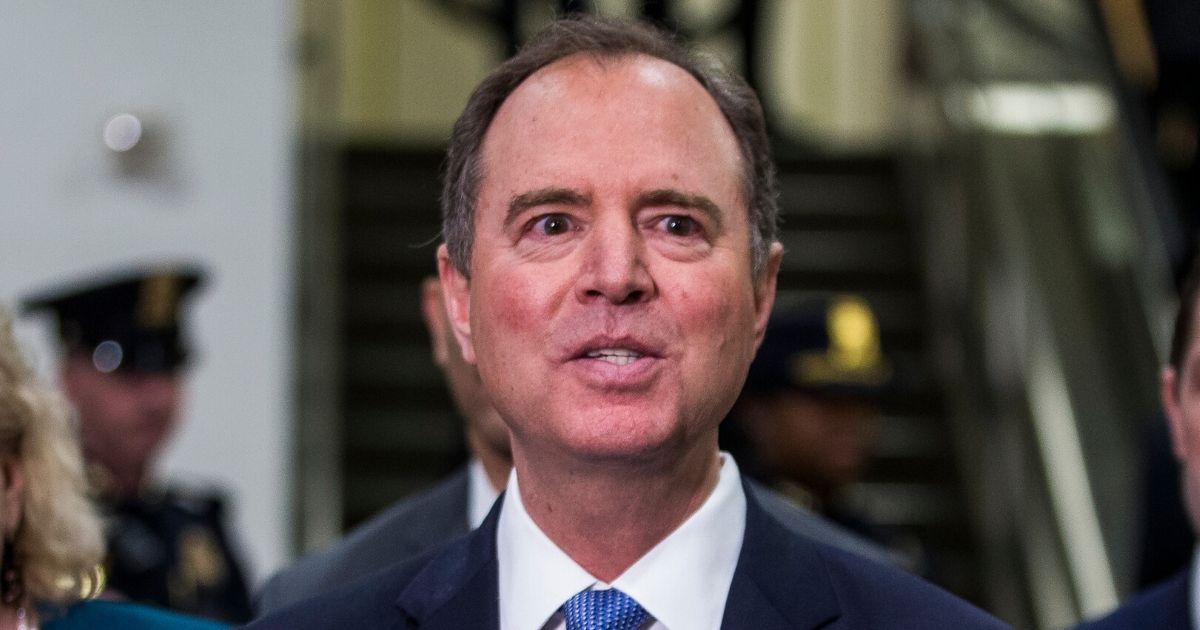 Citing State of Affairs in US, Schiff Jokes 'We May All' Move to Canada

When Schiff blurted out an apparent joke about moving to…

For once, conservatives might want to believe Rep. Adam Schiff.

The notoriously deceptive California Democrat is best known for his ability to lie with a straight face — about “Russia collusion,” about the “whistleblower” who sparked the impeachment of President Donald Trump, and much, much more.

It’s safe to say that if Schiff announces what time it is, it’s a good idea to check a watch or smartphone, just to be sure.

But when the chairman of the House Intelligence Committee blurted out an apparent joke about moving to Canada on Monday, conservatives Americans might have just gotten their hopes up.

‘We may all be moving to Canada soon,’ Schiff says at disinformation and election interference talk | Just The News https://t.co/UOzlY2JqeN

According to the Just The News website (founded by John Solomon, a former columnist for The Hill and current Fox News contributor), Schiff made the remark during an online forum on “Social Media Disinformation and Election Interference” that was organized by George Washington University.

In addition to Schiff and others, the forum included Dominic Leblanc, an adviser to Canadian Prime Minister Justin Trudeau. As moderator Frank Sesno, director of GWU’s School of Media and Public Affairs, was preparing to question Leblanc, he segued into one more question for Schiff.

“Before we move to Canada,” he said. “At your hearing last week ….”

“We may all be moving to Canada soon,” he said, sparking a moment of laughter for Sesno.

It wasn’t clear who “we” might mean, but it’s a good guess Schiff was talking about his fellow Democratic Party members. Regardless, for Schiff critics who caught wind of it, the moment was less a joke than a dream come true:

Please do so and forego your cushy retirement provided by taxpayers.

@AdamSchiff is a narcissistic power hungry fraud. There's not an ounce of patriotism there. So revealing.

Please start a go fund me for his ticket…I’ll contribute.

Of course, Schiff’s talk of going to Canada probably holds as much water as the tantrums of celebrities like Whoopi Goldberg, Lena Dunham and Barbra Streisand, who implied or outright stated they would leave the country if Trump won the 2016 presidential election.

(Spoiler alert: He did. They didn’t.)

It’s also important to remember that Schiff’s relationship with the truth could charitably described as “casual.”

Back in February 2019, he told CNN’s “State of the Union” that there was evidence of “collusion” between the Trump campaign and Russia “in plain sight.”

Later developments showed this was not only false, but Schiff had to know it was false, since witness after witness who testified before the House Intelligence Committee in 2017 and ’18 had said they knew of no proof of collusion.

During the farcical proceedings surrounding the impeachment proceedings this year, Schiff repeatedly claimed he did not know the identity of the “whistleblower”  whose complaint about a Trump phone call with Ukraine President Volodymyr Zelensky sparked the Democratic attempt to dislodge a sitting president.

Considering the identity of the “whistleblower” was probably the worst kept secret in Washington, no one with any sense — probably not even liberals — believed Schiff then.

But even in a joke, there might be some truth.

As the point man on the impeachment effort, Schiff knows firsthand what it feels like to try to take down the president and end up in abject failure. He knows that frustration, and it’s possible he sees more of it ahead.

It could well be that Democrats are more nervous than they and the mainstream media want Americans to believe about the outcome of the November election. If Schiff were confident that the doddering Joe Biden was actually going to defeat Trump, it’s more likely his joke would have been something like “We won’t need to move to Canada after Nov. 3.”

Despite an onslaught of unrest from Black Lives Matter radicals, malicious attacks from dishonest Democrats like House Speaker Nancy Pelosi, and the ever-Democrat-accommodating mainstream media, Trump is not only not defeated, if his primary numbers are any indication, his support is as solid as ever.

As the New York Post reported June 20, Trump’s primary vote totals have trounced previous incumbents facing no or only token competition like then-President Barack Obama in 2012 and then-President George W. Bush in 2004.

In other words, Trump’s enemies in the political realm and in the media are already trumpeting a coming Democratic win in 2020, but Trump’s strength should not be counted out. And an off-the-cuff-remark by one of the most deceptive members of a deeply deceptive political party might have revealed more uneasiness than Pelosi & Co. are showing publicly.

And for once, we might want to think Adam Schiff is telling the truth.

Posted in Schiff & US news

Published in Crime, Political News, Schiff and US News