‘I Will Be There’: Trump Announces He’ll Join ‘Historic’ Rally on Jan. 6 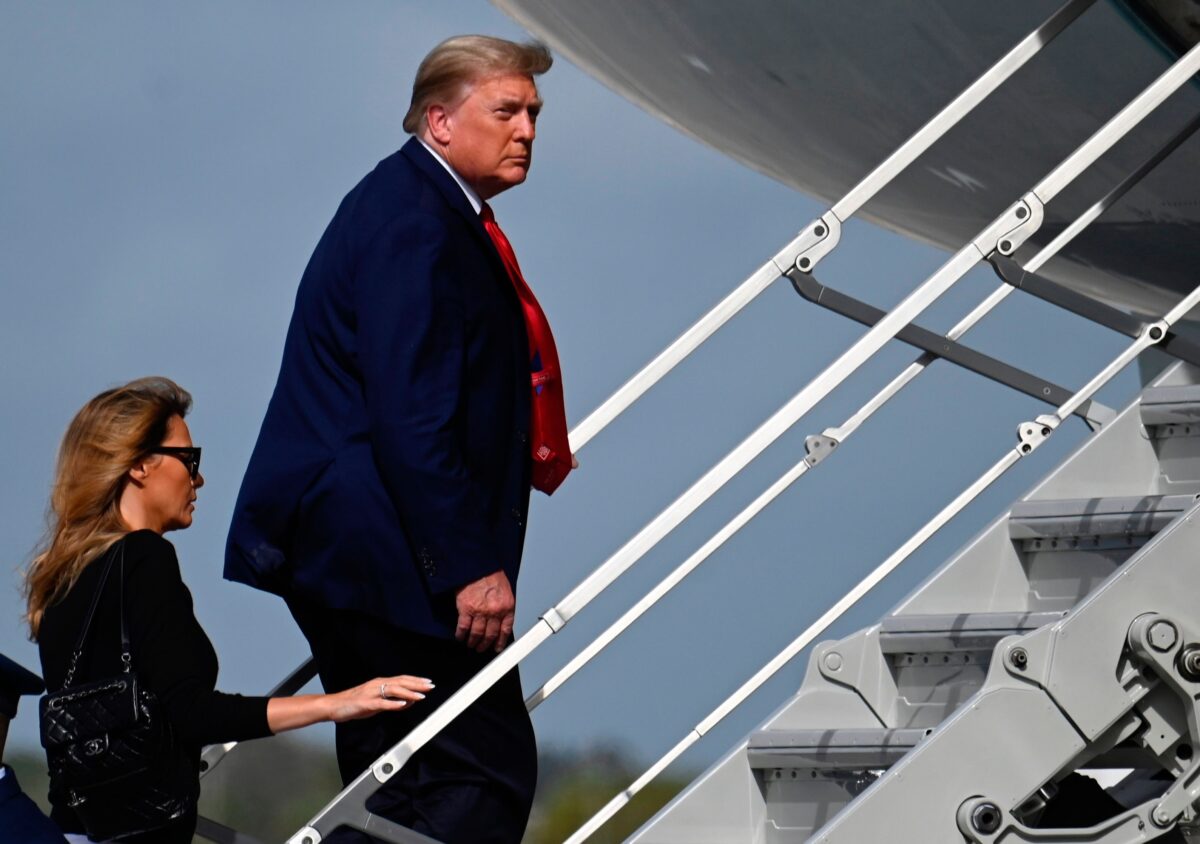 'I Will Be There': Trump Announces He'll Join 'Historic' Rally on Jan. 6

President Donald Trump on Jan. 3 said he will join the rally on Jan. 6…

President Donald Trump on Jan. 3 said he will join the rally on Jan. 6 and march as the joint session of Congress convenes to count the Electoral College results.

Trump for weeks has been urging his supporters to attend the event.

I will be there. Historic day! https://t.co/k6LStsWpfy

On Jan. 1, Trump confirmed more details about the event. “The BIG Protest Rally in Washington, D.C. will take place at 11.00 A.M. on January 6th. … StopTheSteal!” Trump wrote on Twitter, adding that it “will be wild.”

The District of Columbia police department said there will be a number of downtown street closures in light of the rallies and events.

The closures will be focused primarily on the National Mall and around the White House, according to a map from tphe police department.

“The decision to restrict vehicles will be based upon public safety and if safe to do so, vehicles will be allowed to enter the restricted area if they are on essential business or traveling to-and-from their residence,” D.C. police said in a news release on Jan. 1.

The U.S. Park Police confirmed to USA Today that several permits for the rallies and marches have all been approved.

“The Park Police is committed to working with its partners to protect the public and National Park Service resources by ensuring that safety protocols are in place for permitted events and other First Amendment activities,” the agency said in a statement on Dec. 31.

The right-wing group Proud Boys also announced they would attend the rallies and might dress in all-black clothing to imitate the anarcho-communist group Antifa, with whom they have frequently clashed.

“The ProudBoys will turn out in record numbers on Jan 6th but this time with a twist. … We will not be wearing our traditional Black and Yellow. We will be incognito and we will spread across downtown DC in smaller teams. And who knows … we might dress in all BLACK for the occasion. The night calls for a BLACK tie event,” Proud Boys chairman Enrique Tarrio wrote on Parler.

The joint session of Congress will include objectors from both the House and Senate. Over the weekend, about a dozen senators joined Sen. Josh Hawley (R-Mo.) in announcing that they would object to states’ electoral votes, after at least 50 House representatives led by Rep. Mo Brooks (R-Ala.) pledged to do the same.

The challenge requires at least a House member and a senator to carry out, triggering two-hour debates for each state. Then, to overturn a state’s electoral votes, a simple majority vote is needed in both the House and Senate.

On Jan 3, Brooks told Fox News that the momentum to challenge the electoral votes appears to be growing in Congress.

“The momentum to fight against voter fraud and election theft is rapidly gaining,” he said. “And as a consequence, the numbers that we had who were supportive yesterday are almost always supplemented by reinforcements today and the next day.”