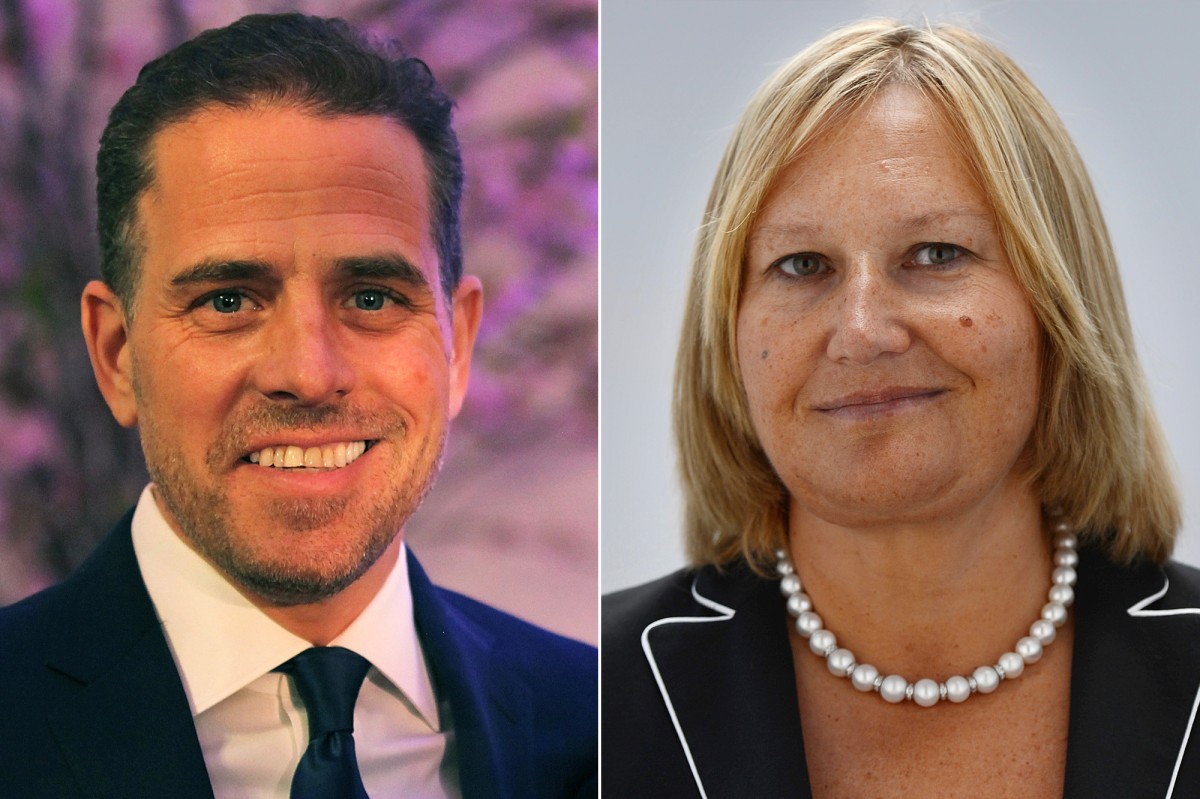 Hunter Biden received a $3.5 million wire transfer from Elena Baturina, the richest woman in Russia and the widow of Yury Luzhkov, the former mayor of Moscow, Senate Republicans revealed in their report on the younger Biden’s work in Ukraine.

Baturina is referenced in the 87-page report, which was released Wednesday, addressing her payment to Biden’s investment firm in early 2014.

“Baturina became Russia’s only female billionaire when her plastics company, Inteko, received a series of Moscow municipal contracts while her husband was mayor,” it said in providing background on the businesswoman.

The report described her involvement with Biden as “a financial relationship,” but declined to delve deeper into why the wire transfer was made.

The probe also found that Baturina sent 11 wires transfers between May and December 2015 to a bank account belonging to BAK USA, a tech startup that filed for bankruptcy in March 2019.

Nine of those 11 wire transfers were first sent to Rosemont Seneca Partners, the investment firm founded by Biden and Chris Heinz, stepson of former Secretary of State John Kerry, before being transferred to BAK USA.

All 11 transactions described the payments as “Loan Agreement” in the details section.

The report reads, “[B]etween May 6, 2015 and Dec. 8, 2015, Baturina sent 11 wires in the amount of $391,968.21 to a bank account belonging to BAK USA LLC (BAK USA). Nine of the 11 transactions, totaling $241,797.14 were sent from Baturina’s accounts to a Rosemont Seneca Thornton bank account, which then transferred to the money to BAK USA. The 11 transactions all listed ‘Loan Agreement’ in the payment details section.

“BAK USA was a startup technology company headquartered in Buffalo, N.Y., that produced tablet computers in cooperation with unnamed Chinese business partners. BAK USA filed for bankruptcy on March 29, 2019, with a reported loss of $39 million. These transactions were identified because of Baturina’s reported criminal activity,” it continues.

Their investigative work found that in 2015, two Obama administration officials voiced concerns to White House officials about the possibility that the younger Biden serving on the board of Burisma could create the appearance of a conflict of interest, as his father, then-Vice President Joe Biden, oversaw Ukraine policy.

The report states that the Obama White House knew that Hunter’s position prevented “the efficient execution of policy with respect to Ukraine,” but that attempts by officials to raise alarms fell “on deaf ears.”

It also alleged that Hunter “formed significant and consistent financial relationships” with the founder of Burisma, Mykola Zlochevsky, and that his and his business partner Devon Archer’s firms “made millions of dollars from that association” while his father was vice president.

The committees also said they obtained records from the US Treasury Department that “show potential criminal activity relating to transactions among and between Hunter Biden, his family, and his associates with Ukrainian, Russian, Kazakh and Chinese nationals.”

The report adds, “The records also note that some of these transactions are linked to what ‘appears to be an Eastern European prostitution or human trafficking ring.’”

The younger Biden had no material experience to serve on the board of the energy and gas company, but was given a high-paying seat regardless.

Joe Biden spokesman Andrew Bates slammed the probe in a statement to The Post on its findings.

“As the coronavirus death toll climbs and Wisconsinites struggle with joblessness, Ron Johnson has wasted months diverting the Senate Homeland Security & Governmental Affairs Committee away from any oversight of the catastrophically botched federal response to the pandemic, a threat Sen. Johnson has dismissed by saying that ‘death is an unavoidable part of life.’ Why?

“To subsidize a foreign attack against the sovereignty of our elections with taxpayer dollars — an attack founded on a long-disproven, hardcore rightwing conspiracy theory that hinges on Sen. Johnson himself being corrupt and that the Senator has now explicitly stated he is attempting to exploit to bail out Donald Trump’s re-election campaign,” he said.

Published in Political News, Russia and US News