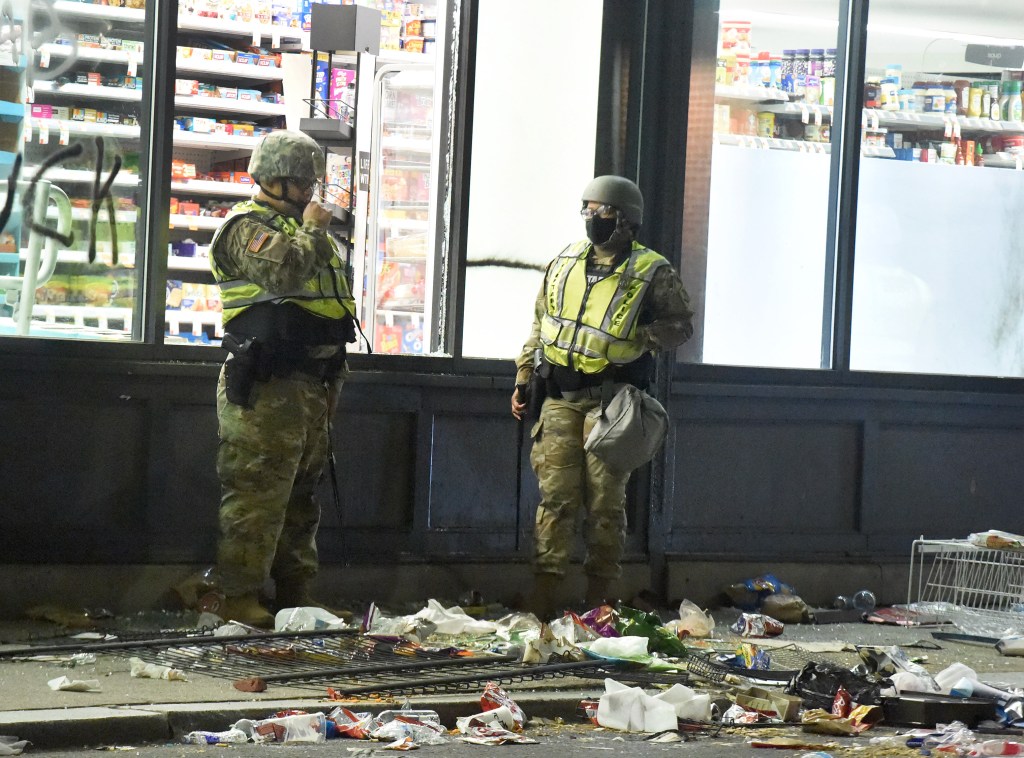 They’re all “peaceful protesters,” and don’t you forget it. That’s…

They’re all “peaceful protesters,” and don’t you forget it.

That’s what all the hack politicians tell you, not that they want to say anything about the looting and rioting downtown Sunday night into Monday morning.

But let’s look at some of the peaceful protesters, starting with John Boampong, 37, Dorchester, charged with six counts of armed assault with intent to murder, discharging a firearm within 500 feet of a building, carrying a loaded firearm without a license and so on. …

Back in 2010 he was featured in a big write up in The Patriot Ledger: “Dog beaten, baby hit with pepper spray during brawl at motel.”

The dog was, of course, a pit bull, and the motel was the infamous Motel 6 in Braintree. Just another day for the peaceful protesters and their chants.

What do we want? Justice!

What else do we want? Free Hennessy!

Nothing says white privilege like going to a college that costs $77,490 a year. Meet Elliot Strassman, 27, of Jamaica Plain. He went to Brown University, and is now charged with breaking and entering of a building in the nighttime for a felony.

Elliot Strassman — perfect name for this pampered little puke. Can you say trust fund? Before he became a street-fighting man, Elliot used to be the music counselor at Camp Starfish in Rindge, N.H. I called him on his cell phone Tuesday. 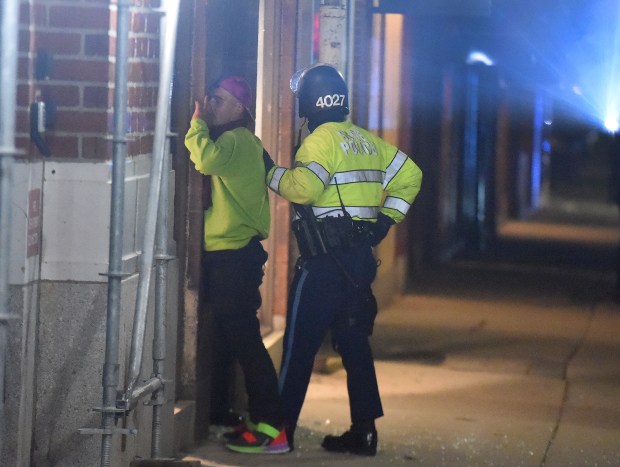 I just wanted to ask Elliot Strassman why he doesn’t have a hyphenated last name like most of the other “men” who go to colleges like Brown. And I wanted to inquire about his man bun, because you know he’s got to have one, if he’s like all the rest of the little punks who got wedgies every day in middle school.

Nothing says privilege like going to an all-girls Catholic prep school where the tuition is $53,860 a year. Meet Cadence Stoloski, Class of ’18 at Newton Country Day School of the Sacred Heart.

Check out Cadence’s graduation photo — nice white dress, which I’ll bet she made herself, and a bouquet of roses. Shoo-in for Miss Congeniality.

Now Cadence is charged with assault by means of a dangerous weapon. Sister Barbara must be very proud!

Want to read up on Roshaun Ladouceur-Perry, 28, of Boston? Right now he’s charged with B&E of a building at nighttime for felony. But wait, there’s more. Just check out the website of the Sex Offender Registry Board.

Roshaun is a Level 2 sex offender, convicted in 2013 of indecent A&B on a child over 14, and enticing a child under the age of 16.

Meet Ryan Maloney, a tattooed 33-year-old thug from Winthrop. Larceny from a building and disorderly conduct. He’s come a long way since 2005, when he and a bunch of other white punks were arrested for a racially motivated attack on a black family in Winthrop.

I tried to get that information to Rachael Rollins Tuesday just in case she was planning on brooming Comrade Maloney’s case. He needs to do some jail time just for the tattoos alone.

Another blast from the past, and I do mean blast. Mario Fiume, 31, of Stoneham, is back in the news for B&E of a building at nighttime for a felony. It’s his first brush with the spotlight since this 2013 headline:

It’s amazing, the shameless politicians falling all over themselves, lionizing these gangbangers, drug dealers, drive-bys, thugs and pajama boys. The hacks even celebrate their arson, among other things, with AG Maura “Hold It” Healey Tuesday saying, “Yes, America is burning. But that’s how forests grow.”

Opening your restaurant, that’s against the law in Massachusetts. Burning down somebody else’s buildings, no problem whatsoever.

You should check out these peaceful protesters on social media. You’ll see nose rings and lower-lip studs (on a Belmont female who goes to Hampshire College — how’s that for a daily double of loserdom?)

The priors of the arrested include A&B on a family member, selling cocaine, leaving the scene of an accident, A&B on a police officer, resisting arrest, domestic violence, pointing a firearm (in Randolph, of all places!) and, worst of all, wearing a man bun.

The man-bun perp would be Jeremiah Lenoch, 28, of Brighton, charged with B&E of a building at nighttime for a felony. Nothing says “beta male” like a man bun — it’s a bigger giveaway than a hyphenated last name or a degree from Brown University.

Eat your heart out, Elliot Strassman.

Out of space, so I can’t discuss Keyshaun Taylor and Shauntee Graham, not to mention Elijahquan Sheffield-Manago, Luxury Lee and Ryonn Finklea. Maybe next peaceful protest.

Nobody at the State House or City Hall cares about this PC crime wave, of course. They’re all still in a state of shock over other recent events, and they’re all asking themselves the same question.

Who could have ever imagined that Bill de Blasio’s daughter would be arrested before Charlie Baker’s son?